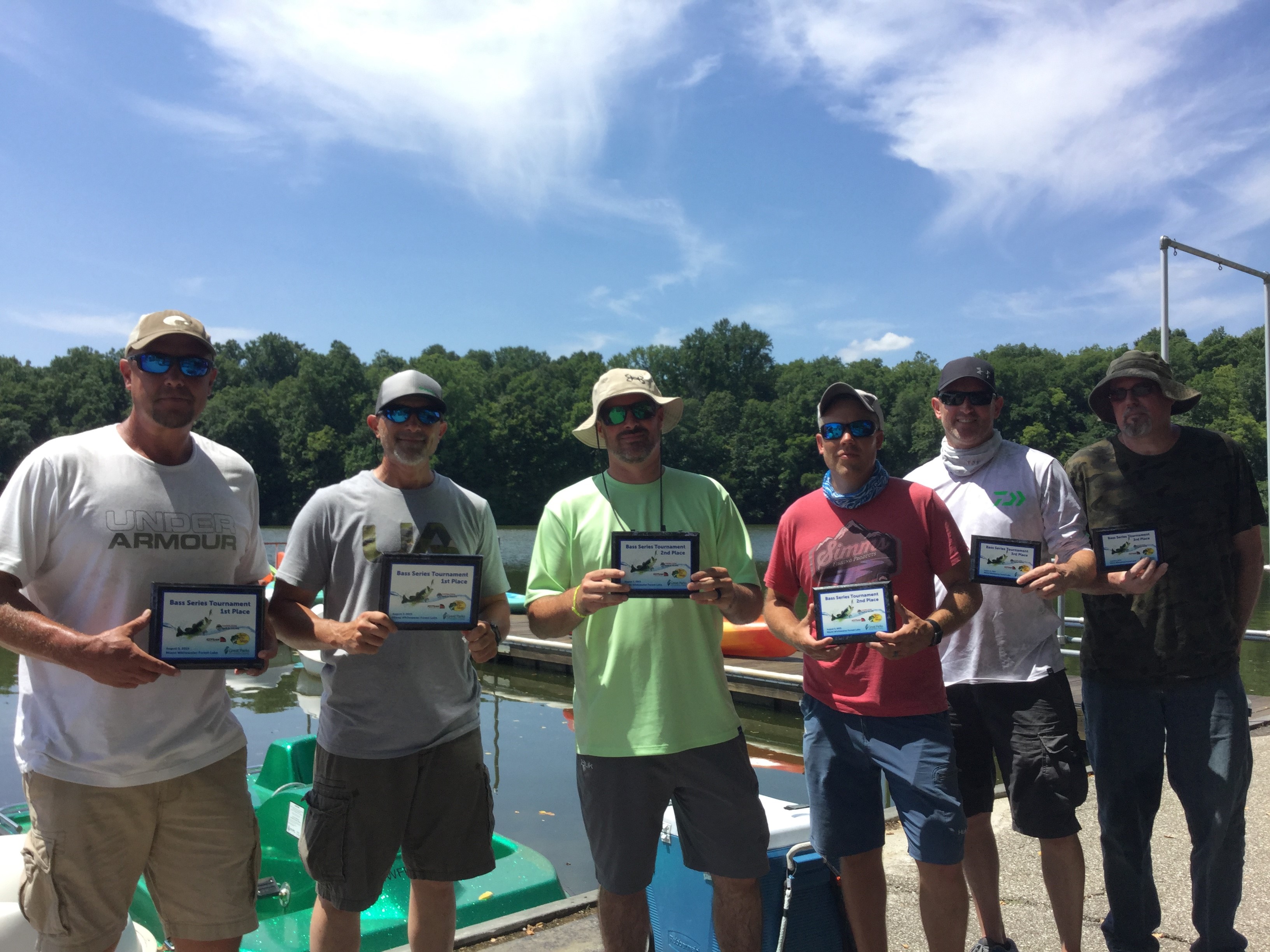 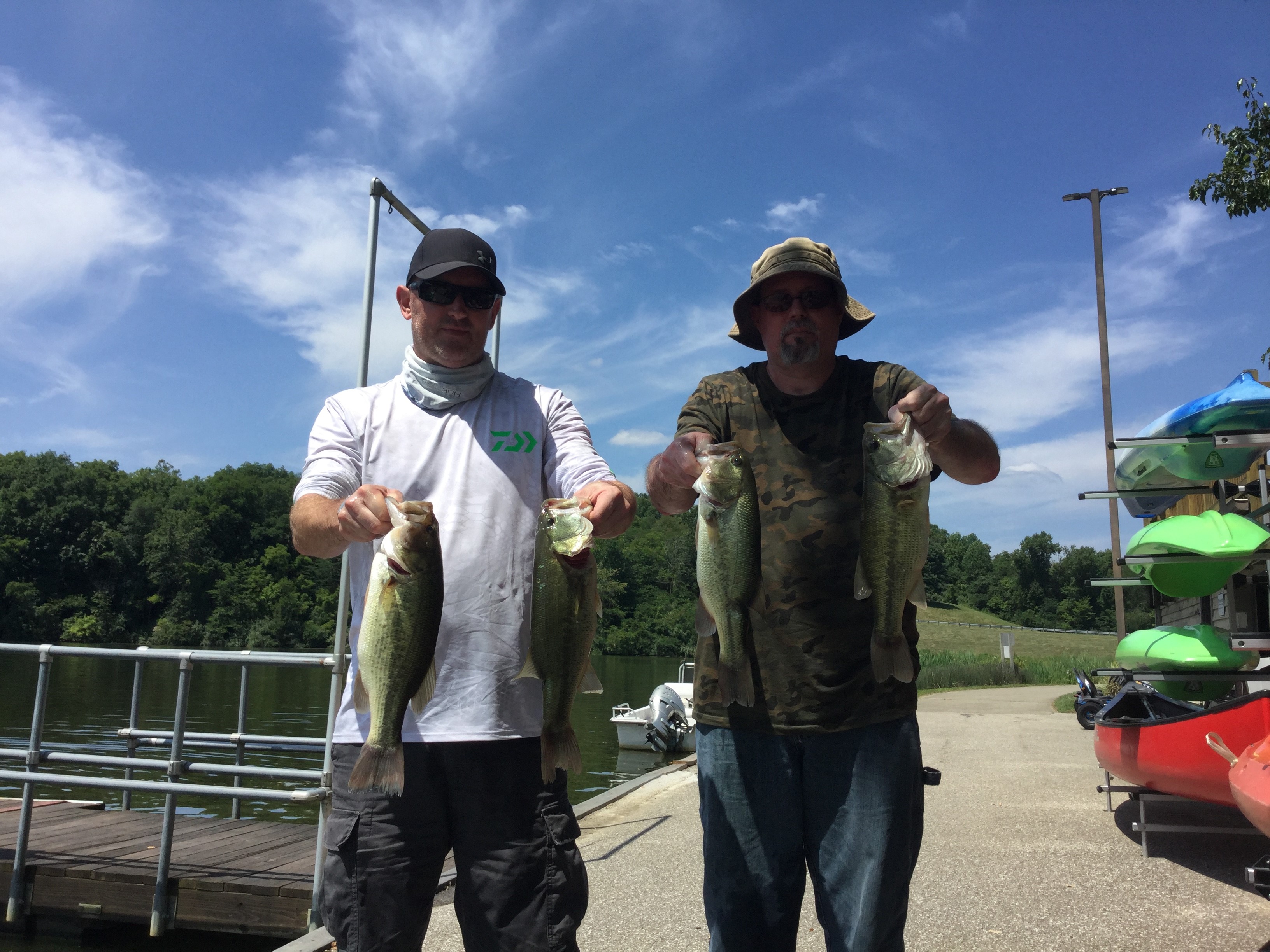 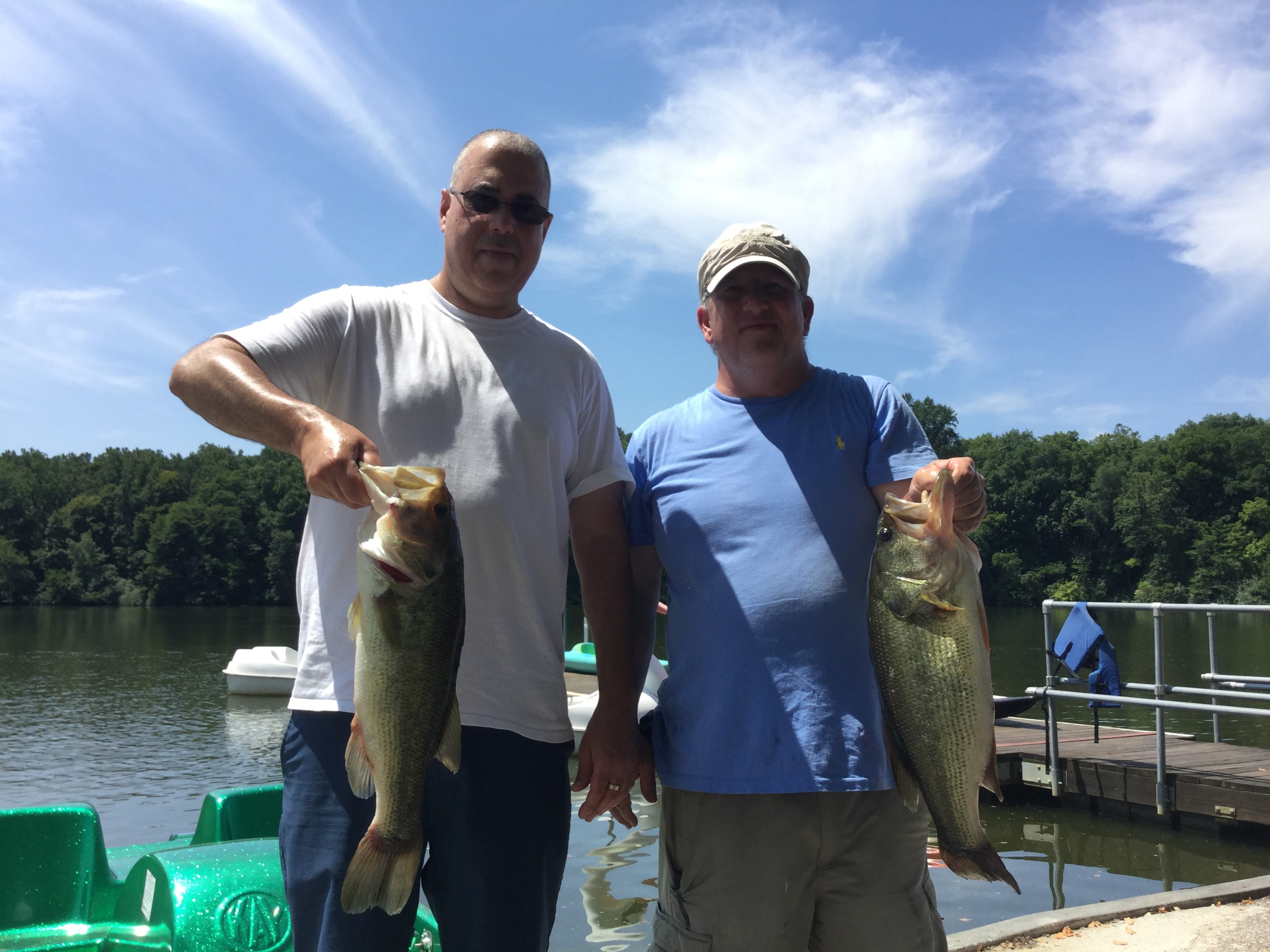 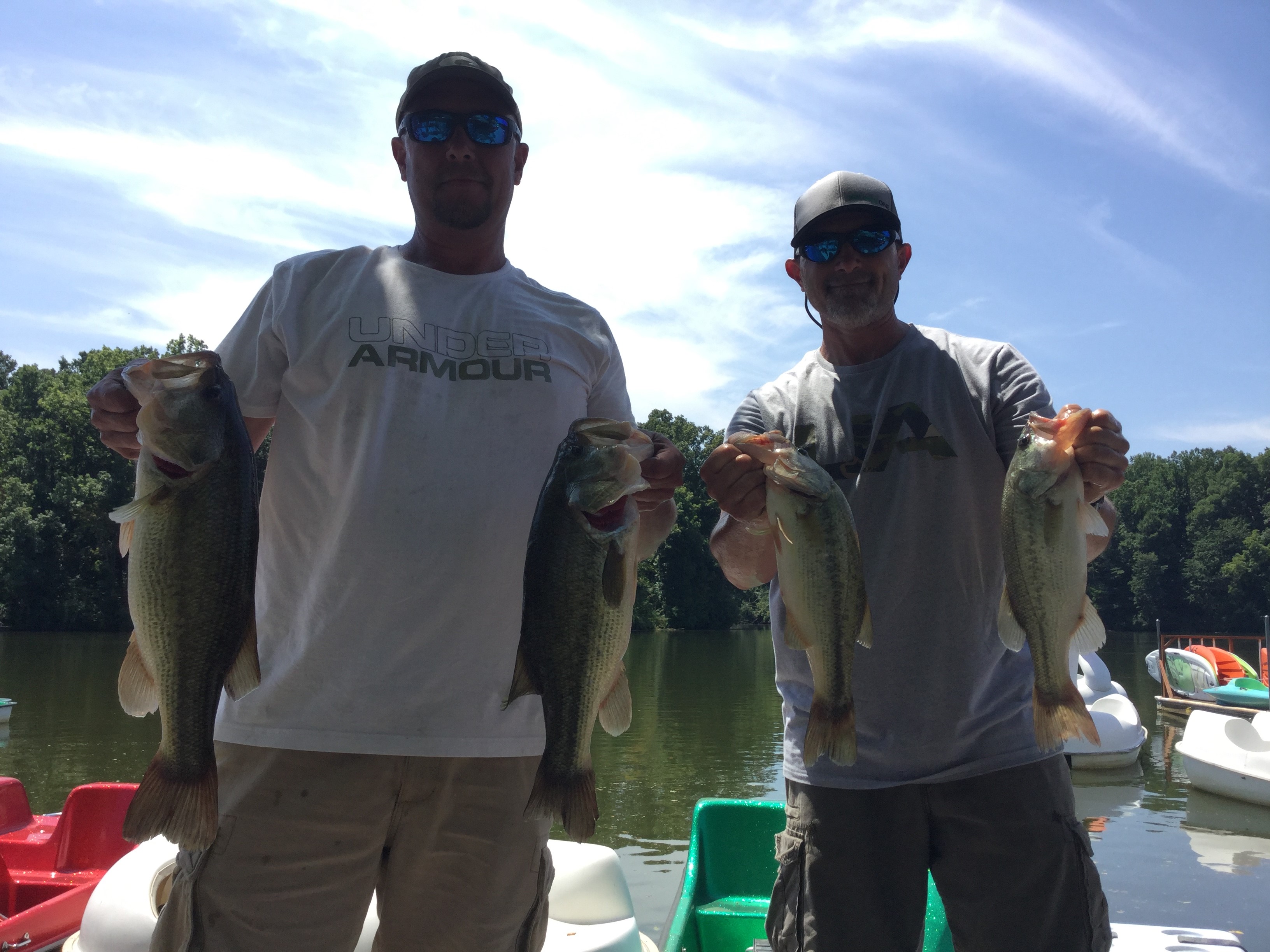 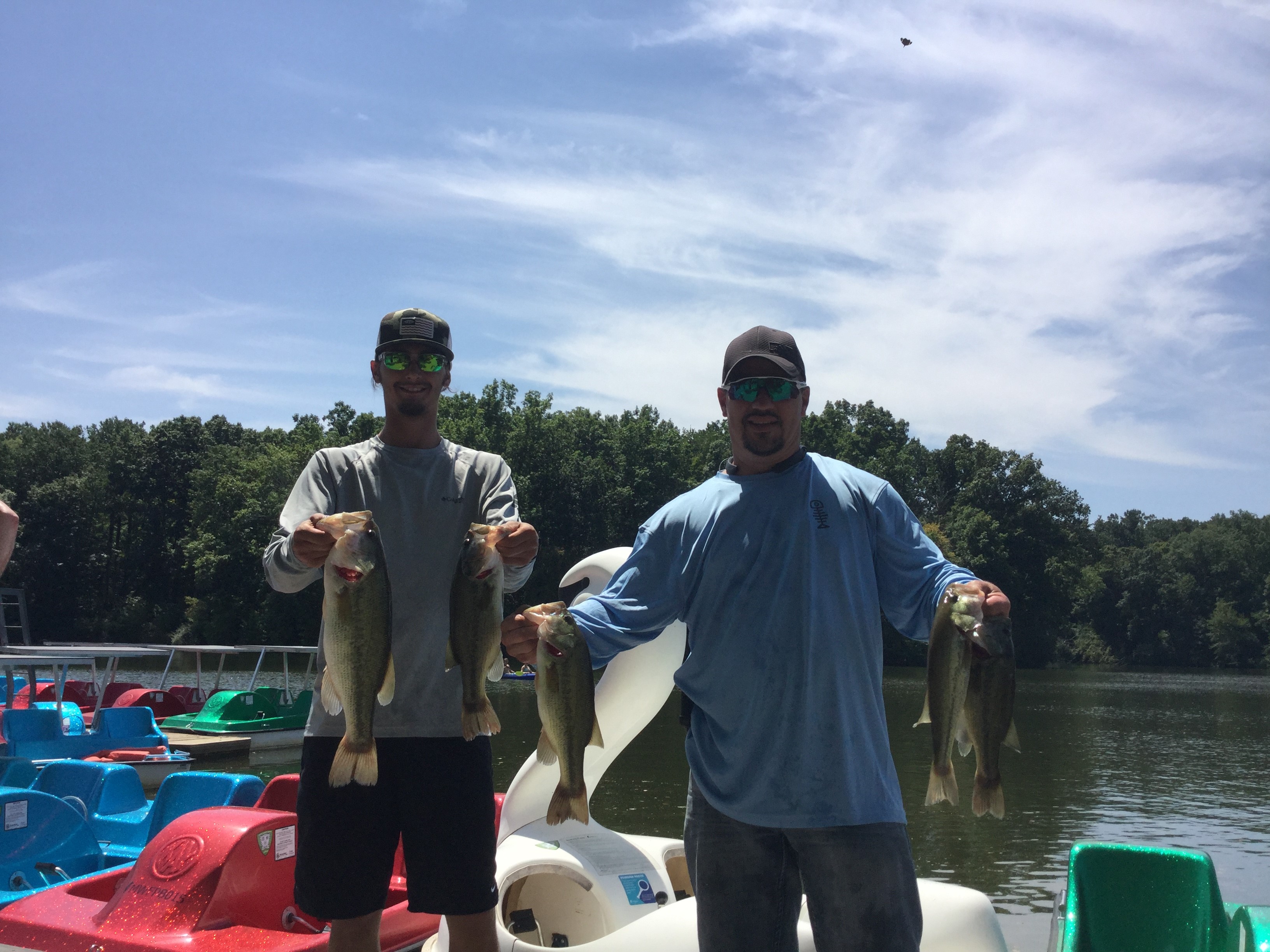 Miami Whitewater Forest Lake was the site of the 2019 Great Parks Bass Series #5. Twenty-two teams fished from 7 a.m. until 1 p.m. on August 3, and despite a hot sunny day in the 90s, wow, did the fish ever cooperate!

Brian Short and Mike Hoefker of Oxford, Ohio won the tournament with a five-fish limit that totaled 12.13 lbs. Brian explained that a crankbait played a key role in the catch. The duo won Great Parks plaques and $490 in gift cards.

Paul Regensburger caught the biggest fish of the day on a jig. It weighed 5.02 lbs! That single bite earned him prizes from Wieda’s Marine, Hamilton Bait & Tackle, a Great Parks plaque and the big fish jackpot!

The top 20 anglers at the conclusion of the Bass Series will qualify for the Great Parks Bass Series Championship. With only one event left, Chris Setters is in 20th place with 88 points.

The final regular-season Bass Series tournament will be at Winton Woods Lake on September 7 from 7 a.m. to 1 p.m. The fishing should be outstanding, and I expect every team to weigh in bass. Join us to test your skills against some of the top fishermen in southwest Ohio! Register here.