There’s Gold in The Hills!

Around the same time every year — late summer through early fall — our fields, meadows, prairies and wetlands take on a golden-yellow hue. This color change is primarily caused by a priceless pollinator plant, goldenrod.

Goldenrods are members of one of the largest plant families in the world, Asteraceae. There are about 60 different species of goldenrod found in the United States, and of those, more than 20 are found in Ohio! This is great news to our ecosystem because goldenrods are a huge contributor in supporting our ecosystem; their value is priceless.

Goldenrods support more than 400 different types of insects, from pollinating to predatory. Their shallow flowers provide many bees, butterflies, moths, wasps and flies with abundant rewards of pollen or nectar. Predatory insects like the square-headed wasp, crab spider and ambush bug serve as a form of biological control and can benefit greatly from the heavy traffic the goldenrods attract.

Our native birds are also the beneficiaries of the sustaining power of goldenrods. Feeding on the many insects that are attracted to this plant in the late summer and early fall months; to the seed that is produced in the late fall and winter months.

Unfortunately, most of the general public does not view the goldenrod in the accurate supporting, sustaining, beneficial role they play. Instead, they have an inaccurate view associated with hay fever and allergies. This is nothing more than “guilt by association.” The real culprit is ragweed, which blooms about the same time as some goldenrods. Ragweed pollen is very dry and light, which allows it to travel long distances with just the slightest breeze, thus is the cause of sneezing and watering eyes symptoms that are associated with hay fever allergies. Adversely, the falsely-accused goldenrod pollen is much heavier, and even a bit sticky, making it ideal for pollinating insects.

See the slideshow for the different types of goldenrod that are native to Ohio and Hamilton County, and the creatures that benefit from these gilded plants. 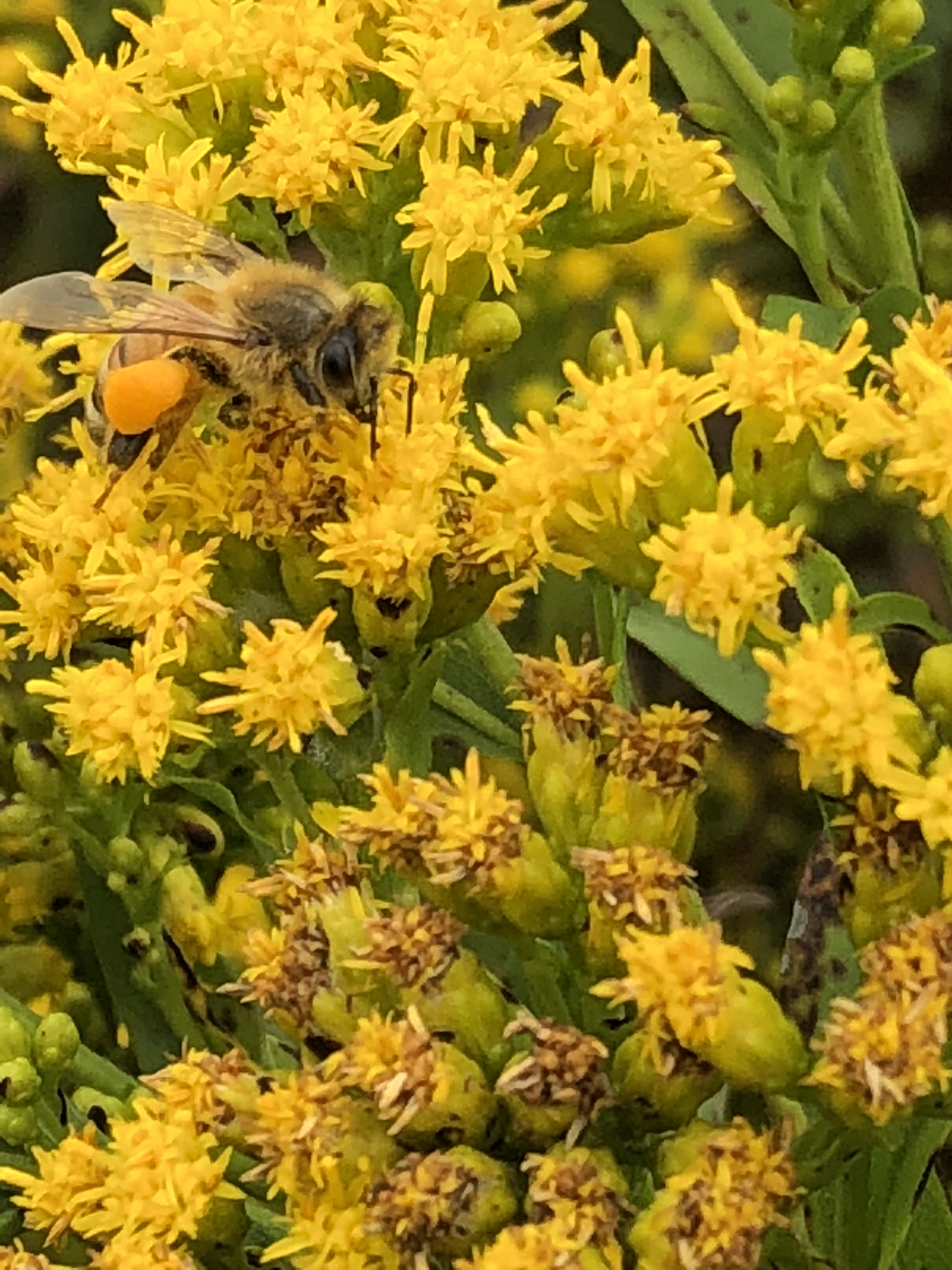 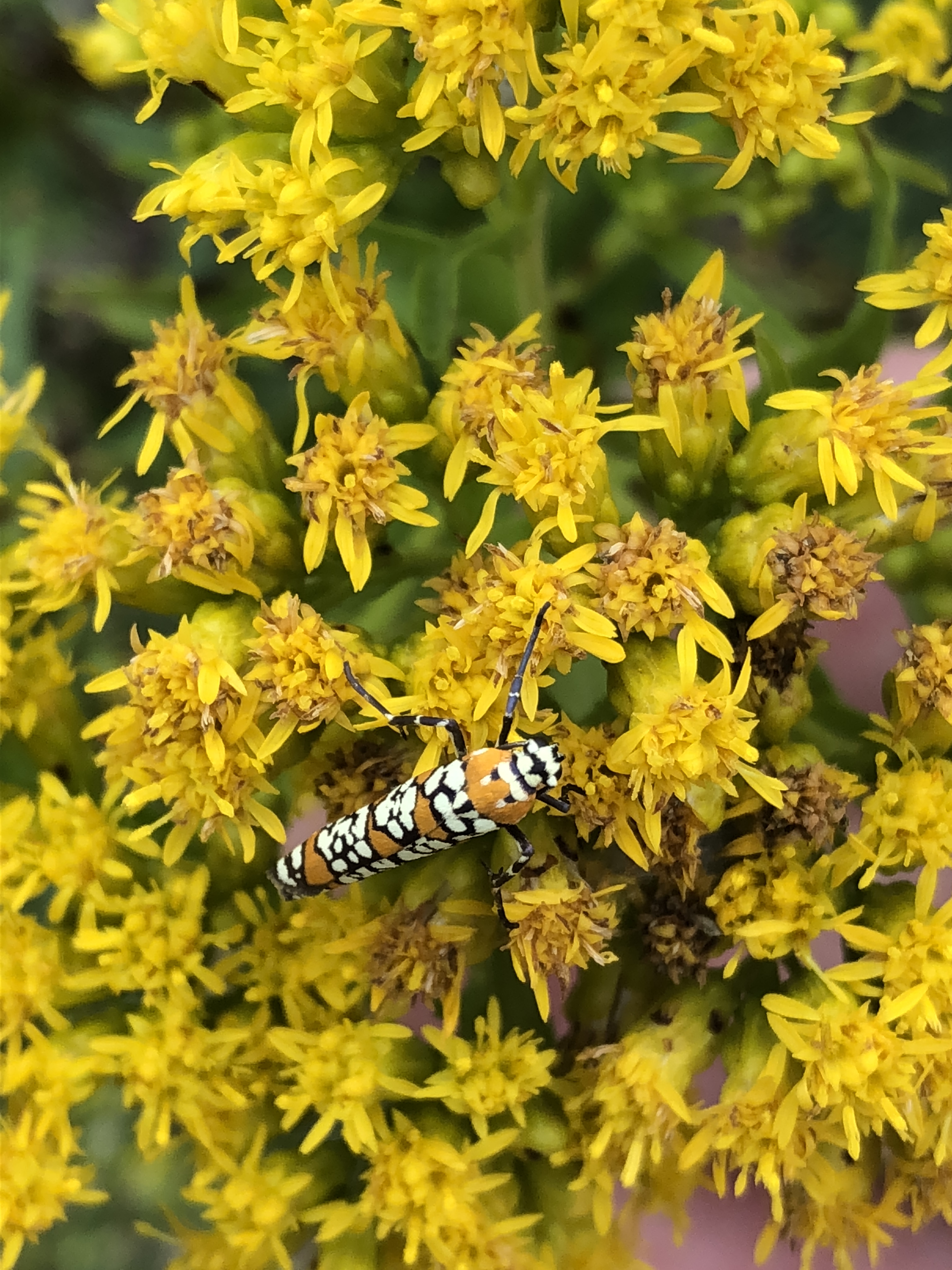 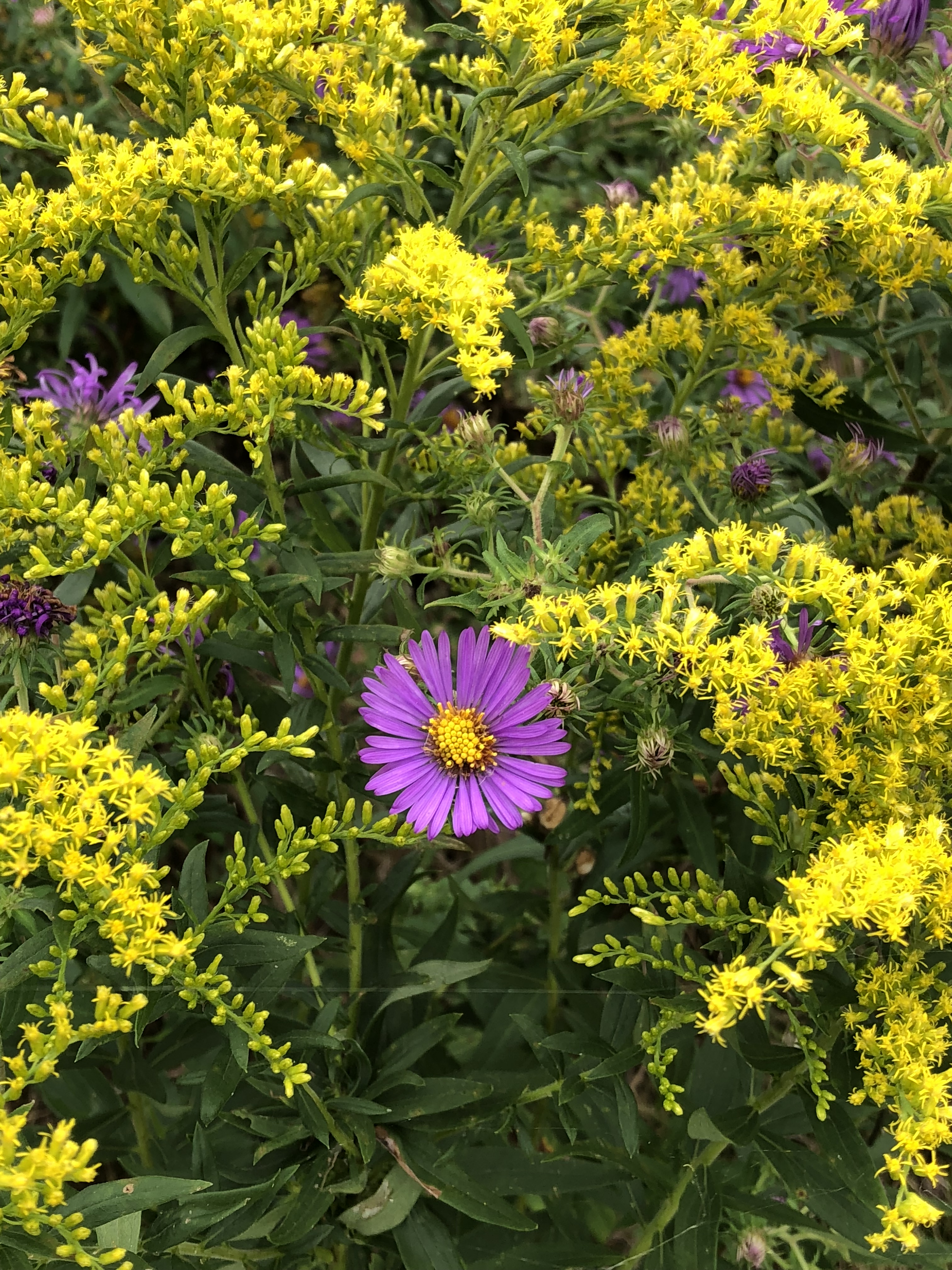 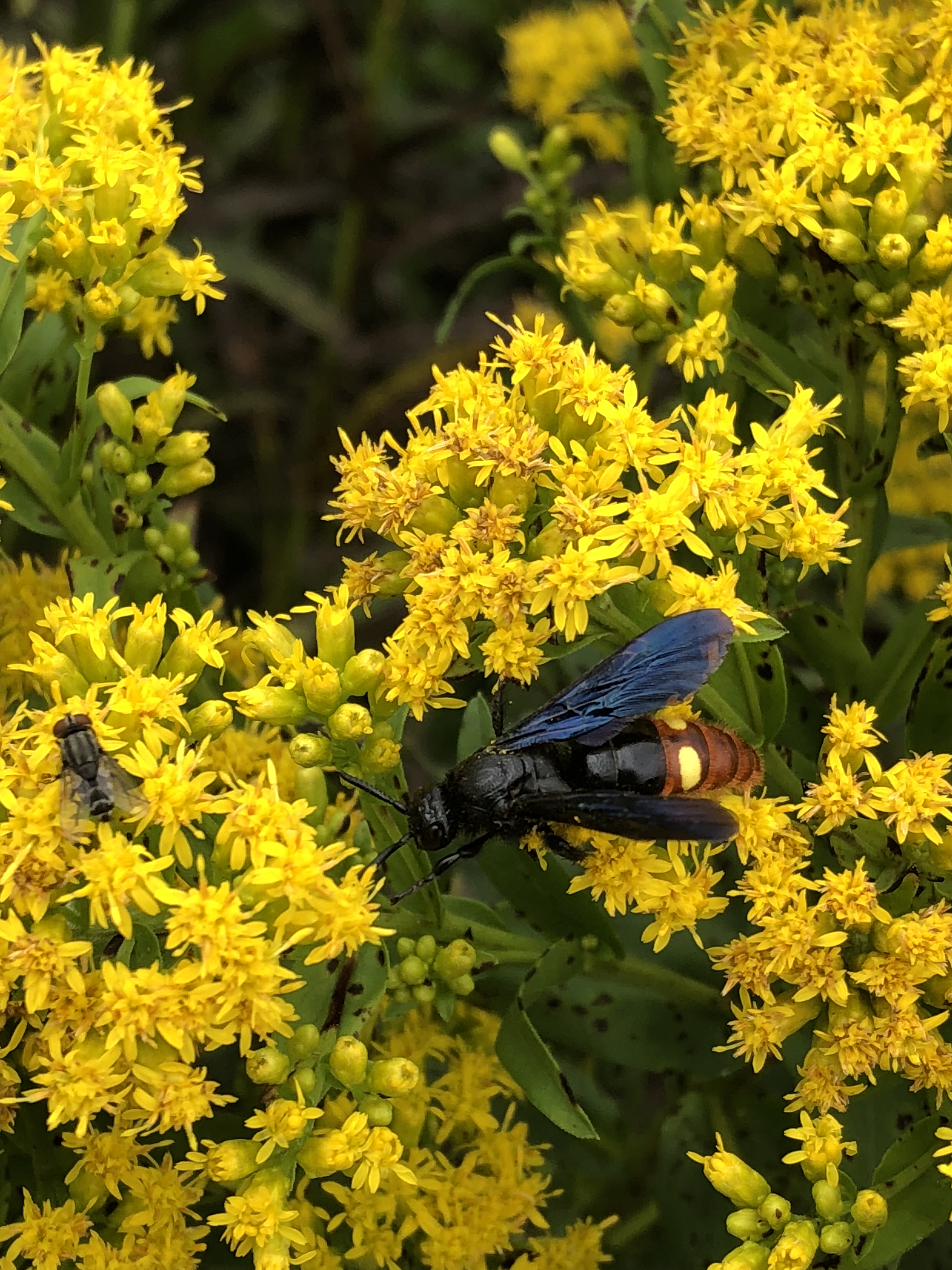 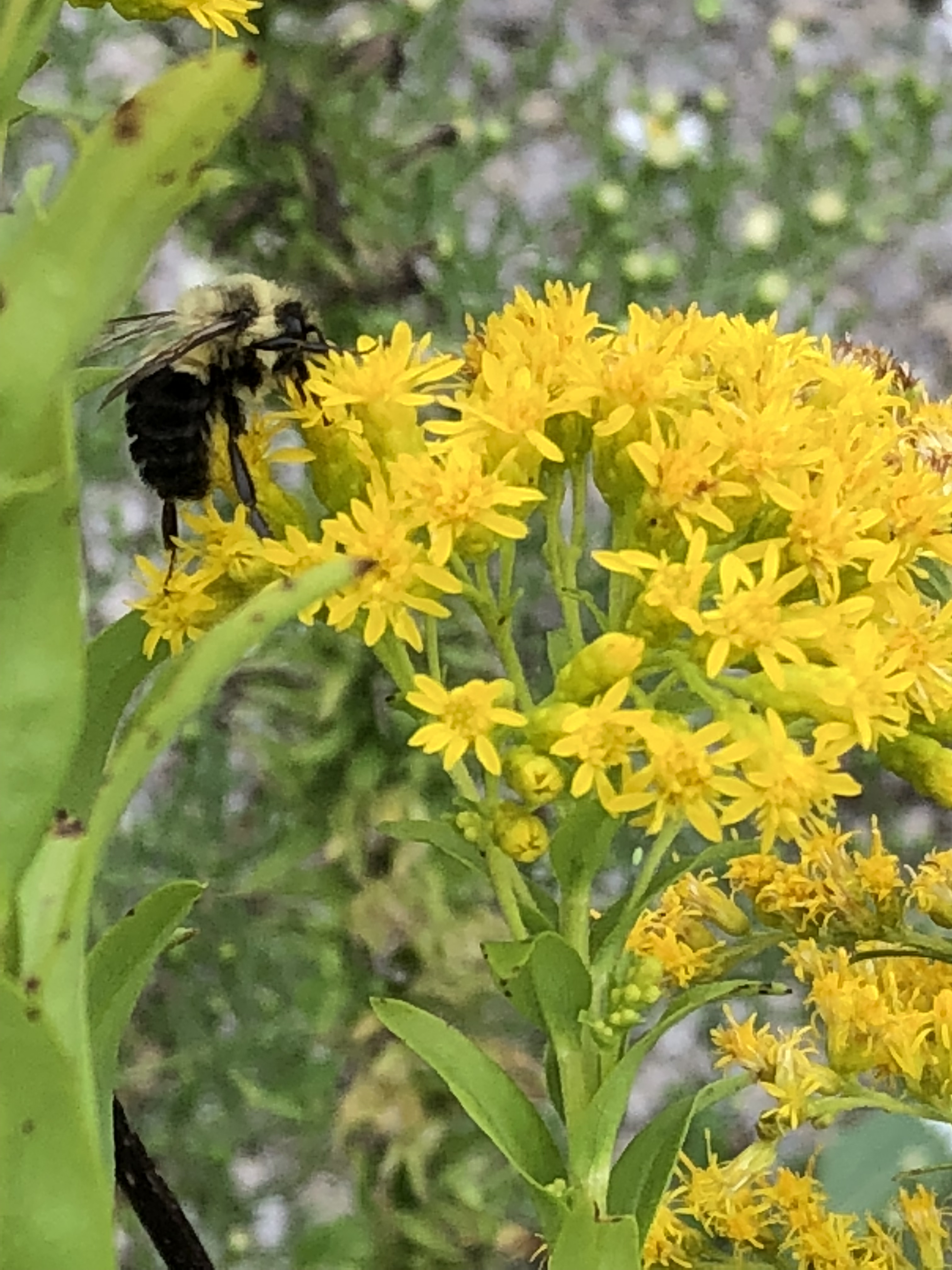