Earlier in the summer, we at Great Parks said goodbye to our old friend and co-worker, Missy. Missy was responsible for training nature interpreters to work with birds of prey and teaching children the importance of a healthy ecosystem. She interacted with well over 50,000 people in her 32-year tenure with Great Parks. 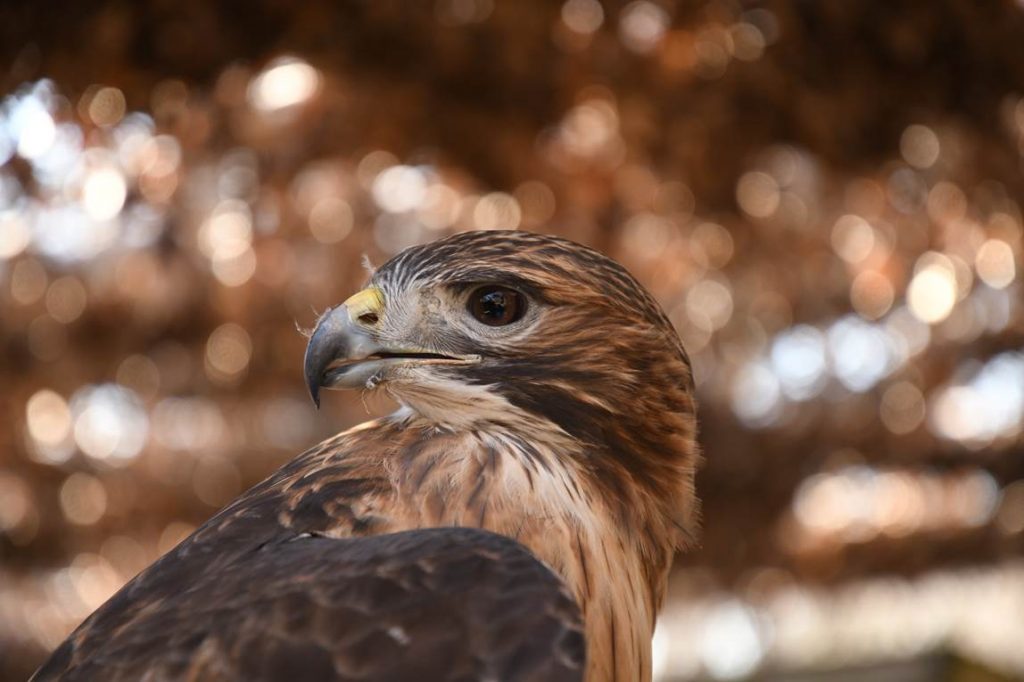 Missy was an amazing ambassador for her species.

Missy wasn’t your usual co-worker, however. For starters, she screamed a lot. Perhaps you heard her screams when heading into the park at Farbach-Werner Nature Preserve. She could also make quite a mess with her food and rarely picked up after herself. To top it off, she regularly defecated in her office. But that’s what you get when your friend and co-worker is a red-tailed hawk.

Missy came to Great Parks on September 26, 1986. When she came to us, she was already in her adult plumage, so we have no way of knowing her exact age at the time other than she was in her second year at the minimum. That made Missy at least 33 years old this year, potentially making her the oldest red-tailed hawk (Buteo jamaicensis) in captivity in North America!

Missy’s wing had been broken, and although the bones had healed, they did not heal in their proper place to allow for flight. This meant Missy could no longer survive in the wild. She was now an ambassador for her species, a position we at Great Parks take quite seriously. The countless people she interacted with were taught the role of birds of prey, and their importance in a healthy ecosystem. They were also taught that everything has its place in nature, and nothing was more important or less important than any other piece.

Missy made many gaze in awe and wonder at such a powerful and beautiful bird up close and personal; something normally seen soaring high above was now so close that one can see the small, whisker-like feathers around her beak. A sight many are not soon to forget. Missy herself will not be soon forgotten, either.