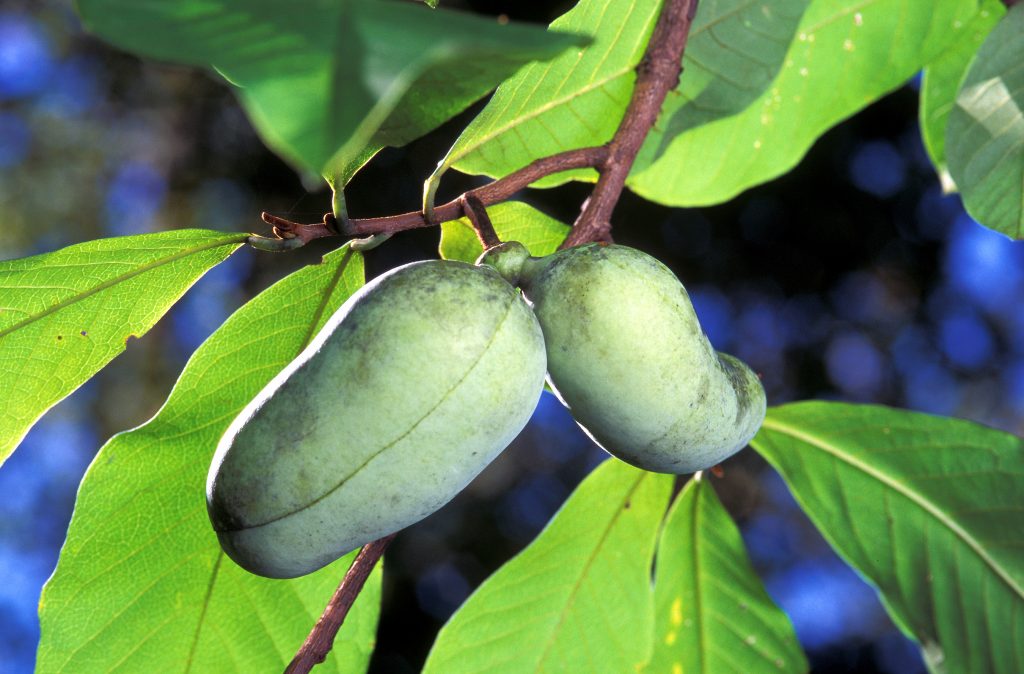 Asimina triloba: Does a pawpaw by any other name taste as sweet?

Native to Ohio and found along shady hillsides, the pawpaw tree (Asimina triloba) will soon begin producing its highly sought-after fruit. The pawpaw fruit is unique, as it’s one of the only large native fruits in the Midwest, and can often be found in great abundance ­– if one knows where to search.

According to Merriam-Webster, the name “pawpaw” seems to have derived from the word “papaya.” The two fruits do bear some superficial resemblance, and it could refer to the perceived “tropical” taste.

Pawpaws grow in partially shaded areas, often along hills. They grow in large clusters, as one tree will send up new growth through root suckers. Because of the growth pattern of the tree, many times when you see a grove of pawpaws, they are all genetically identical, having all branched out from a single source.

The trees produce small flowers in the summertime with three lobes (hence the name triloba). These flowers smell slightly like rotting flesh. As odd as this might seem, it’s to attract the pollinators of the pawpaw, various blowflies and carrion beetles.

The tastiest part of the tree appears in September and goes well into the fall. Large, green fruits will develop that can be readily eaten. Often described like a mango or having a custard consistency, the pawpaw fruit is probably best enjoyed right off the tree! Just rip the skin open, dodge the large seeds and enjoy.

Many people do not know that they might have delicious, large and ready-to-eat fruit in their backyard. An important lesson can be taken from this: food does not come from the store, but from the land. Discovering the nuances of what we can find in the wild is an incredibly enriching – and sometimes delectable – experience.