Speaking Plainly: The Natural History of the London Planetree

Languedoc, a region in the South of France, is full of lanes lined with London planetrees. Upon first glance, this tree bears a striking resemblance to our American sycamore. The plane’s leaves are somewhat smaller, but the bark has the same distinct white coloration as our sycamore. 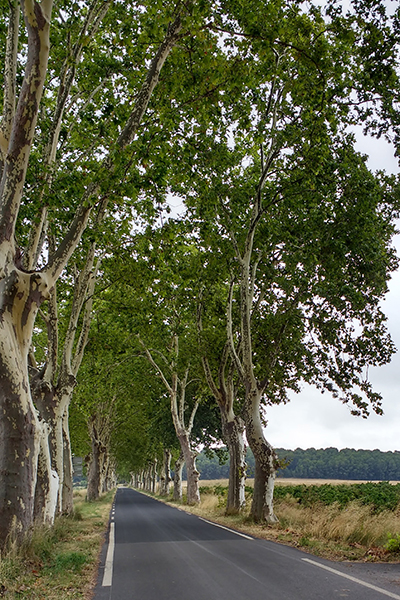 The London planetree (Platanus x acerifolia) is a common street tree in the United States as well, but its ubiquitous presence in France suggests its European lineage. In fact, it’s a cross between the American sycamore (Platanus occidentalis) and the Oriental planetree (Platanus orientalis). It is a hybrid that could not have occurred naturally due to the geographic separation of the two parent species.

It was in 1636 that an English botanist and gardener, John Tradescant the Younger, brought these two species together. He had collected the American sycamore during an early expedition to the New World, and the oriental planetree was a common garden tree throughout Europe at that time. However, the two trees wouldn’t be formally introduced for another couple decades. 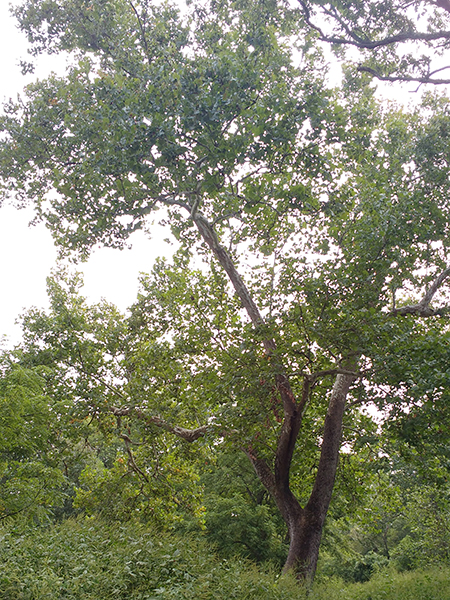 In 1700, the cross of P. occidentalis and P. orientalis was first described by another English botanist, Leonard Plukenet. He remarked that the tree was intermediate between the two known Platanus species. Some years later the name “London planetree” was coined, and it spread throughout Europe as a popular garden addition. 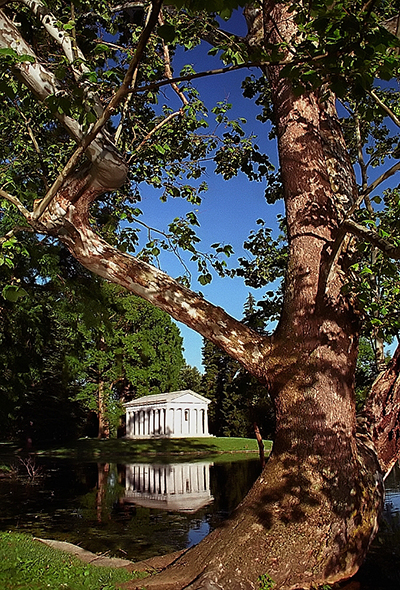