Delgado and Regensburger Get It Done

Bass fishing in August can be a challenging feat. With the dog days of summer, hot water and fish that have watched lures swim by since March…it isn’t exactly easy! Given a dark rainy day with a little wind, then the fish will eat. Of course anglers rarely get those ideal conditions on tournament day.

The fifth Great Parks Bass Series presented by Bass Pro Shops was held at Miami Whitewater Forest on Saturday, August 12, 2017. The 23 teams of anglers were greeted by a bright sunny sky, no wind and slick water. In the end, only 14 of those teams successfully weighed in fish. 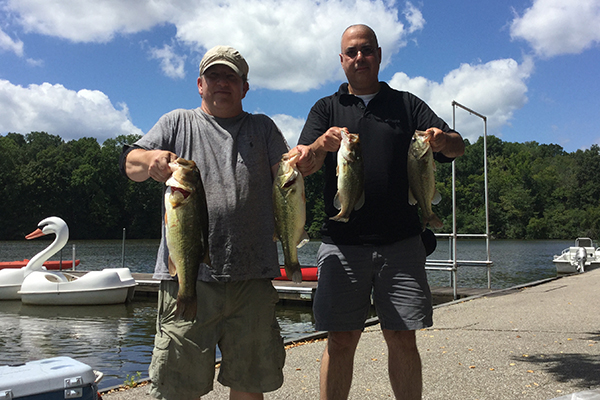 Julio Delgado and Paul Regensburger won the event with a very impressive five-bass limit that tipped the scales at 10.15 pounds! They explained they caught their fish on jigs. By winning they took over first place in the Angler of The Year race by a mere two point margin over Brent Jones. The title will be decided at the final tournament in the series at Winton Woods Lake on Sunday, August 20. For their first place finish Julio and Paul won trophies, $539 in Great Parks’ gift cards and a gift card to Hamilton Bait & Tackle for catching the big bass of the day, which weighed 4.06 pounds. 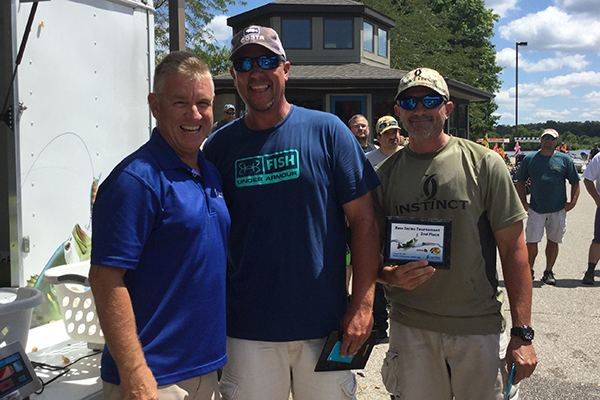 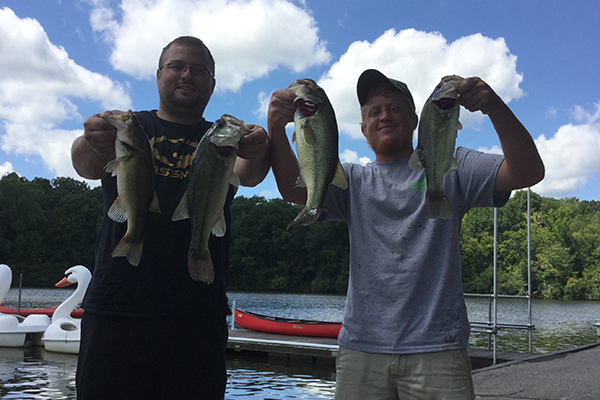 A total of 66.99 pounds of bass were weighed and released back into the lake. A big thank you to all the anglers who took great care of the fish!