No one is immune to the beautiful summer evening flash displays of lightning bugs. But there is more to their flash than meets the eye, and their wandering is hardly aimless. Their flash is only the gateway to lives of love, deception and murder. Here are five facts you may not know about lightning bugs.

1. They’re not actually bugs
Let’s start by getting a few things straight about lightning bugs. First, they are not true bugs and they are not flies. They are beetles of the order Coleoptera (think ladybugs and Japanese beetles). That means their first pair of wings are hardened into wing coverings called elytra. Second, not all lightning bugs light up. Of the six genera of lightning bugs here in Hamilton County, only three of them light up as adults. 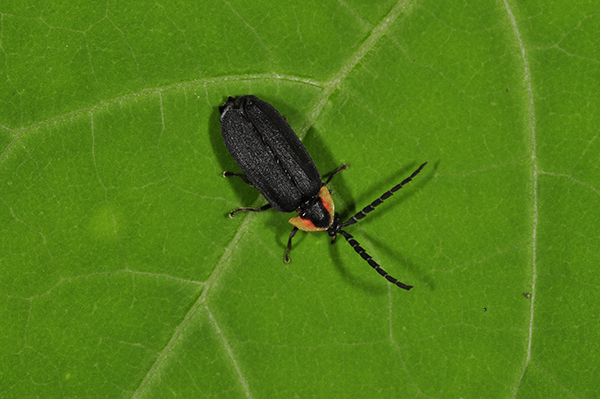 2. They are messy eaters
So if not all lightning bugs flash, what makes a lightning bug a lightning bug? It’s their larvae – they all glow! There are more than 2,000 species of lightning bugs worldwide (around 71 in Ohio), and all the larvae glow to tell predators, “I’m dangerous, don’t eat me.”

But the larvae do a ton of eating themselves. Many larvae will live two years before transforming into an adult lightning bug. In that time they feast on snails, worms and other small invertebrates they find while living under logs and leaf debris. They pierce their prey and inject a neurotoxin paralyzing, but not killing, their prey. Then they inject digestive juices, turning the insides of their prey to mush. Then they begin sucking up the mush for nourishment. Suddenly lightning bugs aren’t so romantic, are they?

3. Flashing = flirting
The lightning bug’s romanticism returns in the adult stage. Lightning bugs only live for a couple of weeks as adults, and their sole aim during that time is to find a mate. It’s their flash that helps them reach that goal. Think of their flash like a man outside a girl’s window with a guitar singing a love song on the front lawn. The male flashes to win the attention of the female. And it’s the timing of their flash that tells the female lighting bug that this is a guy worth pursuing. When the female finds one that’s worth it, she will respond with a flash of her own from her perch on some nearby vegetation. Typically only the males are out and about flying. The females are hunkered down, watching for males from a safe post.

4. Their femme fatales are seriously dangerous
Males of each species that light up have their own flash pattern, which is the easiest way to identify them. There are two common genera of lightning bugs that light up at night that you can find in your backyard in Hamilton County: Photinus and Photuris.

Photinus come out at dusk and have yellowish-green light. The majority of the lightning bugs you caught as a child (or last night!) were probably “Big Dipper” lightning bugs: Photinus pyralis. They make a conspicuous “j” pattern when they flash a few feet from the ground. There are many other Photinus species as well – look for the yellowish-green light in various patterns and timings. 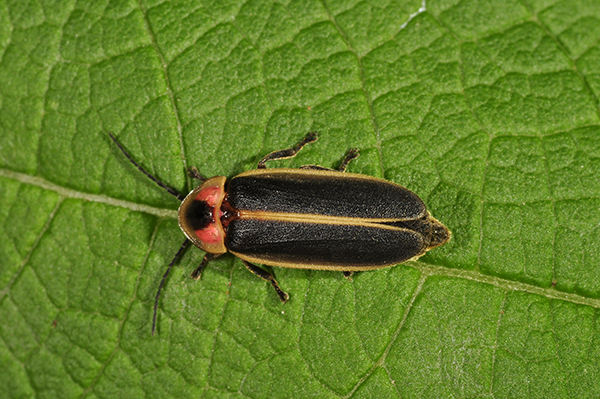 The second common genus is Photuris. The lightning bugs have a bright green flash and come out later in the evening after dark. A good way to find this species is by looking up in the trees. Photuris are larger than Photinus species and typically have a faint line running down the middle of each wing cover.

Photuris are known to mimic the flash pattern of Photinus females in order to attract and eat the Photinus males. They do this to obtain a chemical called lucibufagin, which can be excreted (called reflexive bleeding) to defend against being eaten by spiders and birds. Since Photuris lightning bugs can’t make this chemical themselves, they have to resort to stealing it from the Photinus. 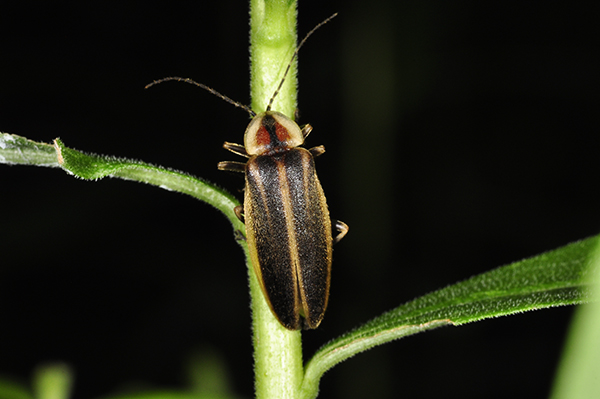 5. You can ID each species by their blinks
So how can you identify other lightning bug species? You’ll need a stopwatch, paper and pencil and a flash chart (download a flash chart here.) Observe the lightning bug flash patterns that you see. How many flashes each time? How many seconds apart are the flashes? Maybe it’s only one flash repeated every four seconds. Maybe it’s three consecutive flashes repeated every 6 seconds. Once you have their pattern, write it down and compare it to the flash chart to see what species it is. How many species can you find in your backyard?

If you choose to capture lighting bugs, place them in a jar with a wet cotton ball at the bottom and holes in the lid. They love the humidity! A slice of apple won’t hurt either. Once captured, it’s time to take a closer look. If they no longer flash, then they are probably Photinus lighting bugs. But if they flash like crazy, then they are probably Photuris. Best not put the two together or one might get eaten! Just be sure to free the lightning bugs before you go to bed!