What’s in a name?

The raccoon is a very unique animal. Its behavior and look are so interesting, that people took raccoons from their native home in North America and released them in Europe where they can now be quite a nuisance. Because of its immigrant status, each of the raccoon’s new-found countries gives it a local name. Almost every local name makes some reference to how the raccoons “wash” their hands. In Germany, they are called “Waschbär,” which literally means “washing bear.” Even the word “lotor” in the raccoon’s scientific name of Procyon lotor means “a washer” or “laundryman.”

These descriptive names are certainly justified. Raccoons often find their food in creeks by using their sensitive feet rather than using sight. Special hairs on their feet allow for extra sensitivity, and they will wet their feet in order to increase this sensitivity and make their skin more pliable. In captivity, raccoons are fond of softening their food in water. 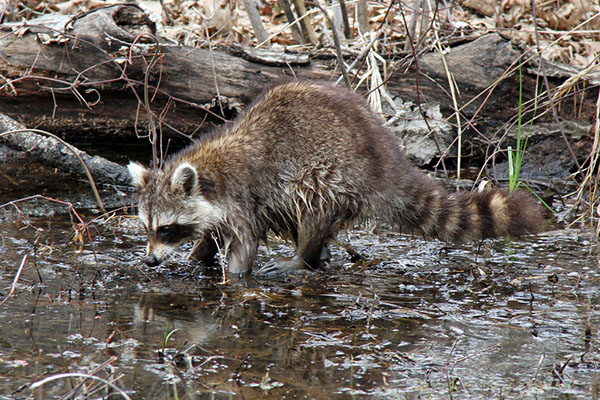 But why doesn’t the animal’s English name similarly describe its behavior? On the surface, the word “raccoon” doesn’t hint at any behavior clues of the animal. However, if we look deeper, we see the origins of the name.

The English word “raccoon” comes from a Native American tribe inhabiting part of what is now Virginia: the Powhatans. Since their language is extinct, we don’t know many of their words. But a few were written down by English settlers, including one that sounds familiar when spoken aloud. This word has been passed down with various spellings including “arocoun,” “arakun” or “aroughun.” This roughly translates to “he scratches with the hands” – another reference to the raccoon’s hand movements! Now you might not recognize the name of this tribe, but I can almost guarantee that you have heard of one its members: Pocahontas.

So when you pronounce the name “raccoon,” you are speaking a version of a word that Pocahontas might have said more than 500 years ago! 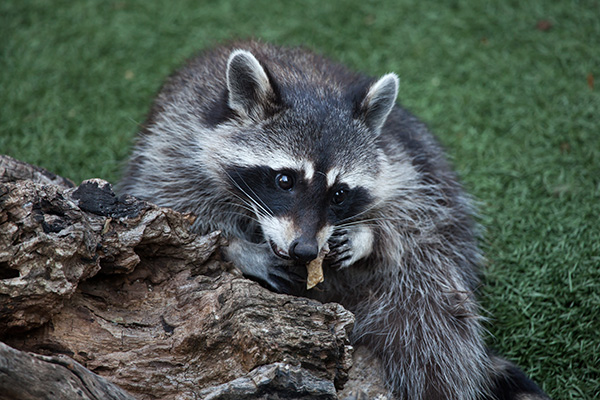