Like many others over the last several weeks, I have kept my eyes to the sky for any evidence of that big yellow ball known as the sun. Unfortunately, we’re more likely to need an umbrella than sunglasses in our daily travels this winter.

There is hope, though! Instead of succumbing to dreary winter doldrums, consider embracing the clouds, and even the rain, that comes from them. You can become an active participant in nature, and an amateur scientist, by conducting your very own in-house experiments. They’re an enjoyable way to interact with the weather, and you may even learn some things along the way.

Below are a few experiments to get you started. All the items you need can be found in your home, and the directions are simple and easy to follow. These experiments, along with many more, can be found at www.weatherwizkids.com.

Post videos and pictures of your experiments on the Great Parks Facebook page. We can’t wait to see your results! 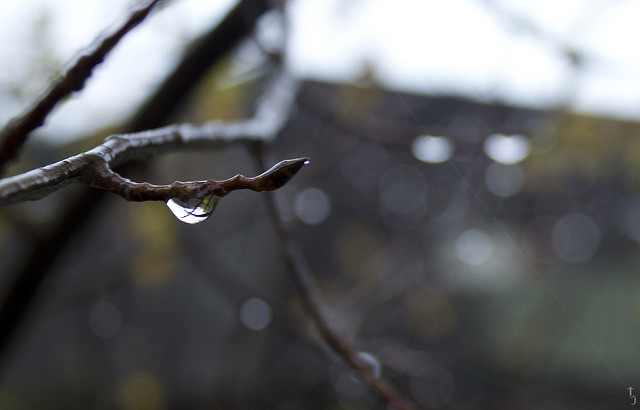 PROCESS:
Pour about two inches of very hot water into the glass jar.
Cover the jar with the plate and wait a few minutes before you start the next step.
Put the ice cubes on the plate.

EXPLANATION:
What happens? The cold plate causes the moisture in the warm air, which is inside the jar to condense and form water droplets. This is the same thing that happens in the atmosphere. Warm, moist air rises and meets colder air high in the atmosphere. The water vapor condenses and forms precipitation that falls to the ground.

Cloud in a Bottle

PROCESS:
Fill the clear plastic 2-liter bottle one-third full of warm water and place the cap on. As warm water evaporates, it adds water vapor to the air inside the bottle. This is the first ingredient to make a cloud.

Take the cap off the bottle. Carefully light a match and hold the match near the opening of the bottle.

Then drop the match in the bottle and quickly put on the cap, trapping the smoke inside. Dust, smoke or other particles in the air is the second ingredient to make a cloud.

Once again, slowly squeeze the bottle hard and release. What happens? A cloud appears when you release and disappears when you squeeze. The third ingredient in clouds is a drop in air pressure.

EXPLANATION:
Water vapor, water in its invisible gaseous state, can be made to condense into the form of small cloud droplets. By adding particles such as the smoke enhances the process of water condensation and by squeezing the bottle causes the air pressure to drop. This creates a cloud!

PROCESS:
Put a small amount of water in the pixie cup.
Put the pixie cup in a baggy and close the baggy.
Tape the baggy with the cup of water inside of it to a window that the sun comes in.
What happens? With the heat of the sun, the water evaporates from the cup which you can not see and condenses on the inside of the bag into little water droplets. These droplets eventually drip down to the bottom of the bag.

EXPLANATION:
This is what happens to the water in our creeks, streams, rivers, lakes and oceans. The water evaporates into the air and rise with the heat of the sun. It condenses into small droplets into what we see as clouds. When the droplets become to heavy, they fall to the ground as rain or snow.