In 2013, Great Parks began a park-wide assessment of habitat quality through plant surveys. FQAI, short for Floristic Quality Assessment Index, allows us to compare habitats in different parks, as well as to other preserves outside the parks. Why do we do this? Because being able to compare areas helps Great Parks determine where to focus our natural resource management efforts.

The way the plant surveys are conducted is pretty interesting, and you might see evidence of them when you’re out on the trails. Each survey location consists of a 20-meter circle plot. From April through June, the middle of each plot is staked with a pin flag to help surveyors find them. The plots are scattered throughout each park and preserve, with 1,826 of them total. Typically, about 300 plots are surveyed each year. After this spring, with the help of MAD Scientist Associates LLC, there will be a total of 1,142 plots completed! 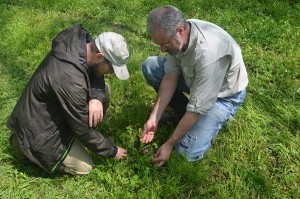 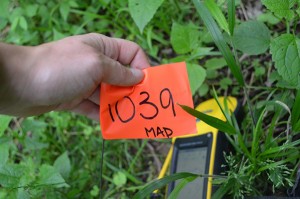 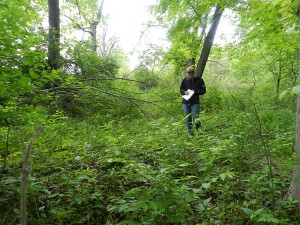 Once we know which plant species are in each plot, we can calculate the plot’s FQAI score and average those scores across different habitat types. Below is an example from Mitchell Memorial Forest. The darker green indicates areas that contain plant species less likely to be found in other habitats, while red areas have plant species that are very common or even weedy. 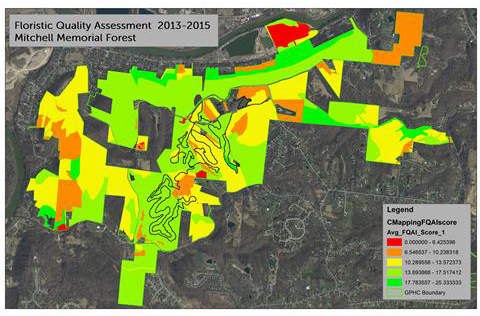 Armed with this type of information, Great Parks is better able to focus its limited resources on improving habitats for local species and wildlife. For example, when we know where the highest quality areas are we can start removing invasive species there first and then spread out to manage surrounding areas. This knowledge and action plan makes it a little easier to take care of the more than 17,000 acres protected within the parks! 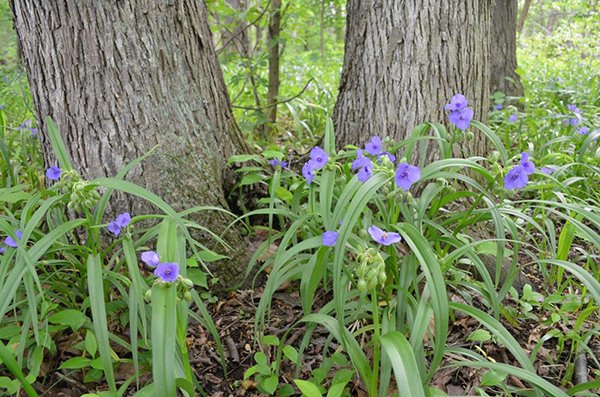