For the second week in a row Elvis Miller and Larry Fillers won the Sharon Woods Bass League Tournament. They did so by catching a five-bass limit that weighed 7.52 pounds. They had four small fish that barely measured the 12” minimum and one very nice kicker that tipped the scales at 4.08 pounds. That proved to be the biggest fish of the night and earned them a $25 gift card to Hamilton Bait & Tackle. 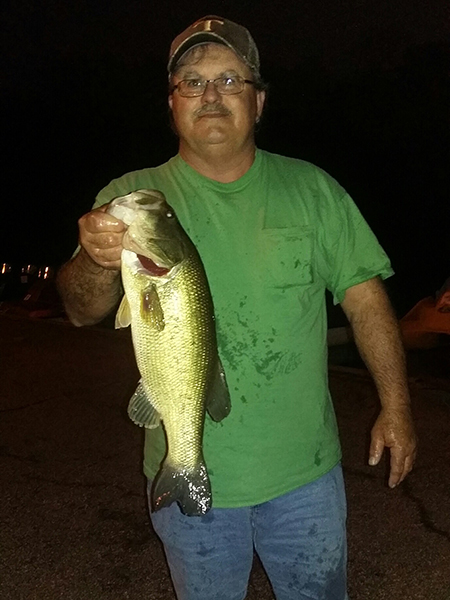 The bass are spawning at Sharon Woods Lake. That gets the fish off of normal feeding habits and makes them more difficult to catch. There were only 14 pounds total weighed in by all other teams. It will likely be more of the same next week, but will be improving soon after.