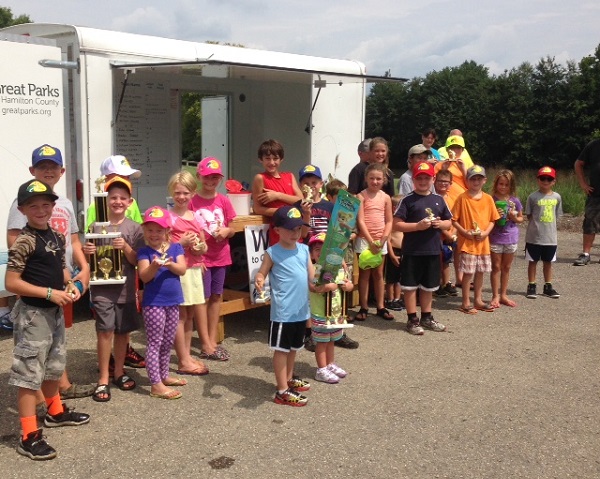 On Sunday, August 9, we hosted a special Kids’ Mystery Fish Challenge at Miami Whitewater Forest, and all participates won! All 38 kids who signed-up for the free tournament got to go fishing, and most of the young anglers caught fish. Thanks to sponsor Bass Pro Shops, every kid received a trophy and prizes.

The tournament started at 9 a.m., and within minutes the youngest angler in the field, 2-year-old Isabel Owens, hooked into her first of many bluegills. Throughout the event, kids would come up to the weigh station in hopes that their fish was closest to that secret mystery weight. The kids used all sorts of methods to bring fish to the weigh station, but the most adorable method was a wagon that held multiple buckets for each of the four young anglers. The majority of the fish weighed in were bluegill, but large-mouth bass and crappie were also caught. 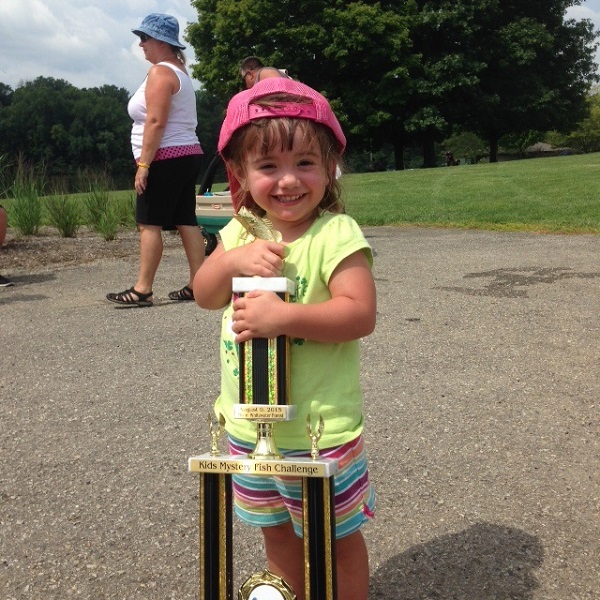 At noon the air horn was signaled to let everyone know the contest had ended and to gather at the weigh-in station to reveal the winners for each age bracket. After prizes were given to all 38 kids, the suspense was on! I saw kids’ praying and even crossing their fingers to help bring them luck for the mystery weight. The first mystery weight was revealed, and the same little girl who brought up the first fish was closest to the mystery weight. As a result, she won a giant trophy that was almost as tall as her! 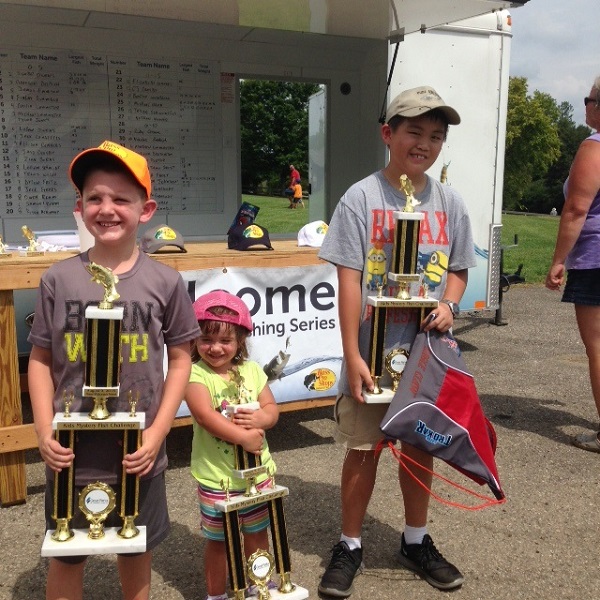 Thanks again to Bass Pro Shops for sponsoring this great kids’ event, and thank you to all of the kids who came out to Miami Whitewater Forest to participate! The next Kids’ Mystery Fish Challenge will be held at Lake Isabella on September 7 from 10 a.m.–noon.