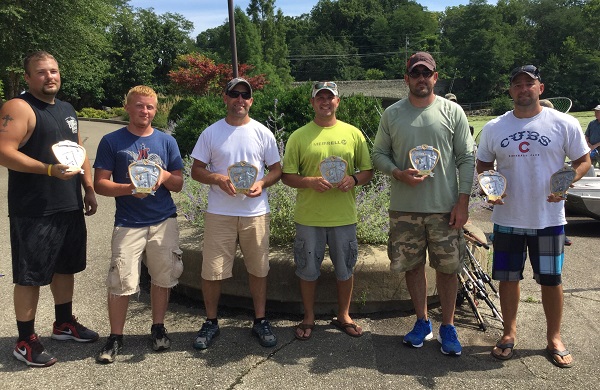 Presented by Bass Pro Shops, the Great Parks’ Bass Series is a series of six fishing tournaments that concludes with a series championship. Anglers earn points at each event, and the top 20 qualify for the championship. The winner of that tournament is awarded a $1,000 shopping spree to Bass Pro Shops! The fifth tournament in the series was held at Sharon Woods on Saturday, August 8.

For the third consecutive year, the format for this particular tournament was unique from the others. It began at 5 a.m. – in complete darkness! As if that wasn’t hard enough, the participants were greeted by a lake nearly 100% covered with duckweed. That really limits the arsenal of baits and techniques used to catch bass. For many years, top water plastic frogs have proven best at Sharon Woods in the heat of the summer, and that proved to be the case again this year. 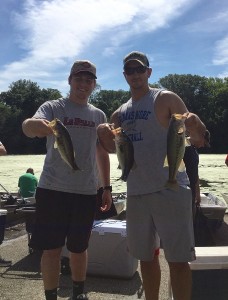 Jody Andrzegewski and his partner Ben Quizno won the tournament with 13.49 pounds. They also had the biggest bass of the day weighing 4.53 pounds. Ryan Zwick and Brent Jones captured their first top-three finish of the year weighing in 7.23 pounds and finishing second. They caught their fish casting plastic frogs over the duckweed. A heavy action rod and braided line is key to fighting the fish out of the thick cover. Most of their bites came before the sun shined, and Brent said that they lost two big fish at the boat in complete darkness! Brad Whitaker and Brian McLucas rounded out the top three places with 7.06 pounds. This was also their first top-three finish of 2015. The winning teams shared $1,050 in Great Parks’ prize certificates, plaques and a Bass Pro Shops gift card. 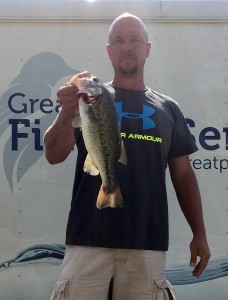 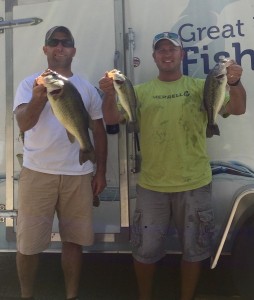 The final Bass Series tournament of 2015 will be at Winton Woods on August 23. It will begin at 7 a.m., with a weigh-in at 1 p.m. The pressure will be on to qualify for the championship. The cut line is 100 points after five events. There are about 10 anglers outside the current cut that still have a chance to qualify. Winton Woods will fish very differently than Sharon Woods. There are no weeds, and wood is the dominant structure. Crankbaits will be the top pattern, and I expect many limits to be weighed in. It should be an exciting season finale!