Working Together Against EAB

Have you noticed any small emerald green beetles flying around? You are likely seeing the emerald ash borer (EAB), a non-native, invasive insect pest. These insects, whose adults begin emerging in mid-May, are infesting native ash trees throughout much of the Midwest and are causing more than 99% mortality in untreated ash trees. EAB is now considered the most destructive forest pest ever seen in North America, and the economic cost of this pest for Ohio alone is estimated at as much as $7.6 billion! 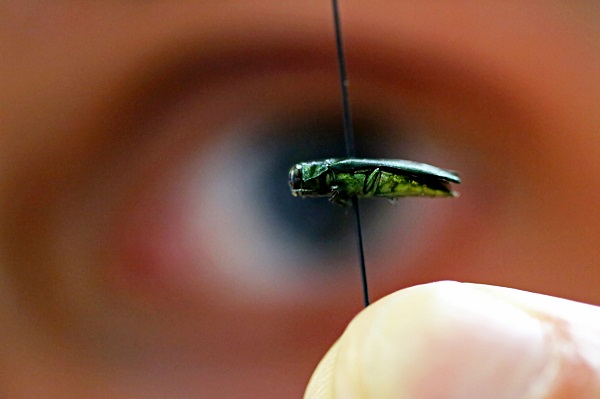 Years ago, Great Parks developed a plan to react to the devastation caused by EAB and have been working tirelessly ever since to remove dead trees that pose a threat to public safety. Between mid-March and mid-May of this year alone, 1,169 hazard trees were removed by Great Parks’ Operations Department and Arbor Crew with the support of contractors and Duke Energy sub-contractors. That is an average of more than 20 trees per day! This project pushed the total number of hazard trees cut down in response to the EAB crisis up and over the 8,000-tree mark. Thanks to everyone’s hard work and proactive efforts, seven parks have had at least 75% of their hazardous trees removed: Farbach-Werner Nature Preserve, Withrow Nature Preserve, Woodland Mound, Little Miami Golf Center, Lake Isabella, Sharon Woods and Kroger Hills. 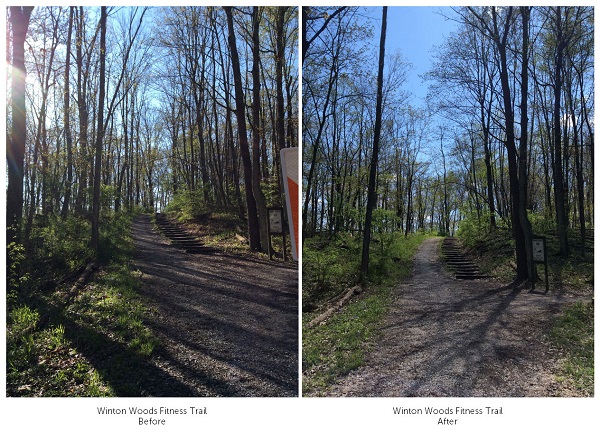 While we’re happy with the increased safety for park visitors, we still have a lot of work to do. Great Parks will continue to monitor 10,378 trees, including 9,418 trees that will require eventual removal and 960 trees that only require monitoring for the foreseeable future. We’ve also been busy with reforestation projects in severely impacted areas, including the Sharon Woods’ multi-use trail. As of June 12, Great Parks – along with our friends and volunteers – have planted 78,350 new trees throughout the park district in the past two years. And it is not all doom and gloom for ash trees in the Great Parks. My team has begun its rounds to treat the more than 800 trees that we are committed to protecting from this pest.