Winton Woods Lake owned up to its reputation as one of the top bass fisheries in southwest Ohio this weekend. On Sunday, May 17, it was the site of the first 2015 Bass Series Tournament where 31 teams of anglers weighed in more than 155 pounds of bass! 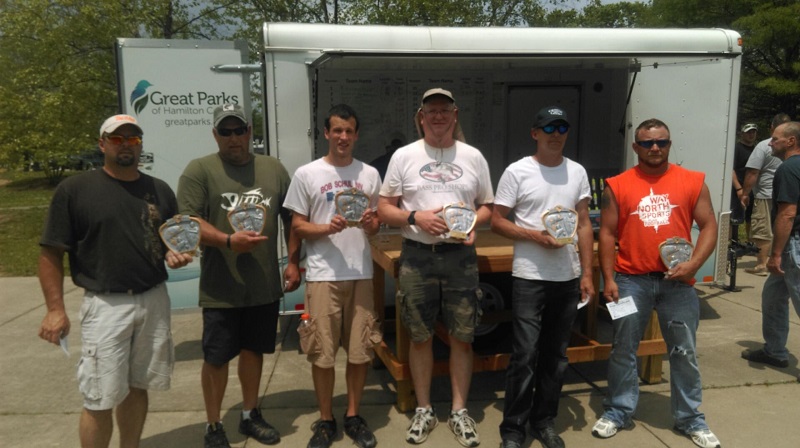 The event ran from 7 a.m. until 1 p.m. With the lake 16 inches over normal pool, a perfect color and 68 degrees, the conditions were just about perfect for a big weigh-in. In the end, 30 of the 31 teams brought fish to the scales.

Andy McCray of Columbus, Ohio, and Mathew Eggenberger of Sharonville, Ohio, won the tournament with a five-fish limit tipping the scales at 11.90 pounds. Andy also caught the biggest bass of the day weighing 3.51 pounds. They caught their fish flipping finesse baits. The winning duo collected plaques, $710.50 in Great Parks’ prize certificates and a $25 Bass Pro Shops gift card for catching the big bass. 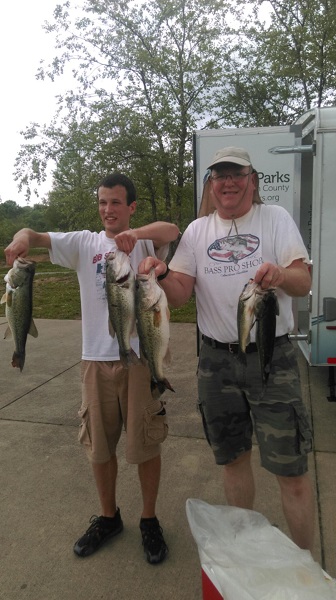 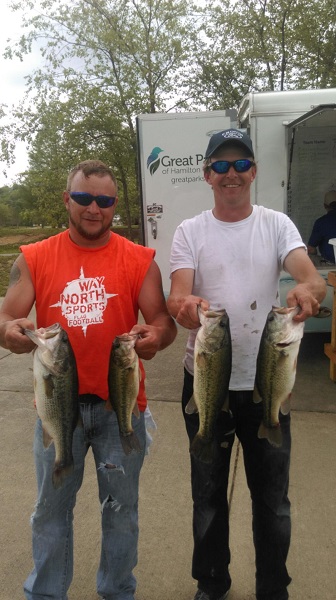 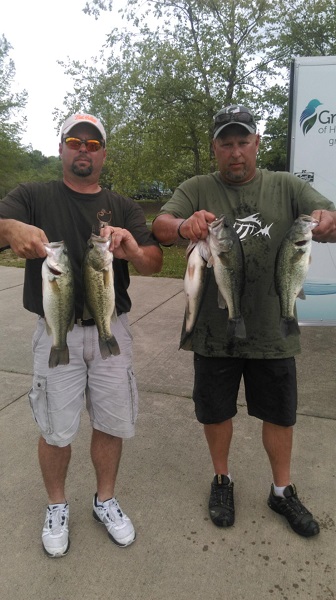 The top 25 placing teams all earned qualifying points towards the Bass Series Championship Tournament on September 26 and 27. The winning team at the Championship receives a $1,000 Bass Pro Shops shopping spree! The next Bass Series Tournament is at Miami Whitewater Forest on Saturday, June 6.