The Odd History of Groundhog Day

Groundhog Day is a uniquely American holiday. It is also one of the most relaxed. There is no pressure to meet all your in-laws, write hundreds of cards or get your kids the best costume. You don’t even have to put up decorations (of course you can if you like). You can wake up at 6 a.m. to see Punxsutawney Phil predict whether there will be six more weeks of winter if you wish, but you can also sleep in and find out later. This is what makes Groundhog Day so great – it’s a small holiday you can make all your own.

But where did the tradition come from? The inspiration for this holiday must have started somewhere, and the story behind it is quite interesting. 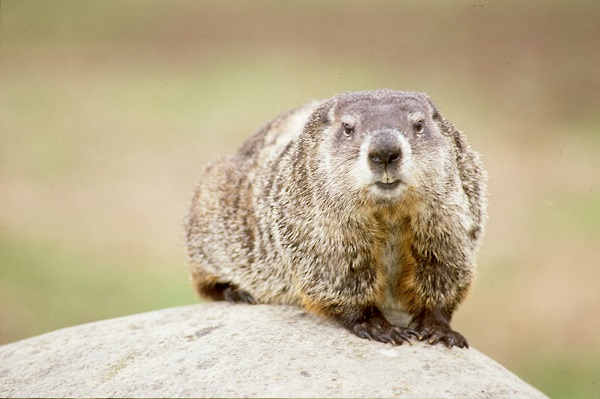 Groundhog Day starts with human’s innate fascination with spring. The Celts, who lived in Europe more than a thousand years ago, celebrated a day that was halfway between the winter solstice and the spring equinox called Imbolc. Imbolc had to do with the goddess Brigit, and it signified the time to clean up, sweep the fire and rekindle a new fire for the rest of winter. This holiday happened to be on February 1.

By the year 500, the day had transformed into the feast day of Saint Brigit. On this day, people would bring candles to church and priests would bless the candles. People would then put their candles near their window to ward off the darkness of winter and encourage spring to come.

If Candlemas be fair and bright,
Winter has another flight
If Candlemas brings clouds and rain
Winter will not come again

Nobody knows how it started, but eventually legends grew that if an animal came out of hibernation on Candlemas and saw its shadow, winter would last six more weeks. An old German saying goes, “When the bear sees his shadow at Candlemas; he will crawl back into his hole for another six weeks.”

Eventually these German-speaking peoples immigrated to North America, and the bear transformed into a groundhog. The actual Groundhog Day tradition didn’t really exist until the mid-1800s, so it’s a fairly new holiday. Since 1886, Punxsutawney, Pennsylvania, has hosted Groundhog Day, and Phil the groundhog predicts the weather. But it isn’t a simple ceremony, oh no. In order for the groundhog prediction to work, you need thunder controllers, groundhog translators, presidents and vice presidents.

So go forth and celebrate Groundhog Day! A wonderfully odd American holiday!