The Cool Science of Cold Water

As cold temperatures settle in across the Midwest and our lakes and ponds freeze, many people look forward to winter activities such as ice skating and ice fishing. But fun opportunities like these can only exist because of the unusual properties of water.

For many substances, as their temperature decreases, their density increases until they become a solid. Luckily for life on our planet, water does not behave this way. Water density increases as its temperature decreases, but only until it reaches 4°C (around 29°F). This may seem odd, because at 4°C water is at its highest density, yet it is still in a liquid state. Once water freezes at 0°C, it becomes a solid (ice), but it is less dense than liquid water. The difference in density between water in its solid state (ice) and its liquid state means that ice floats in water. This may not be shocking news to anyone, since you probably observe ice floating in a glass of water on a daily basis. However, it is extremely important for life on this planet. 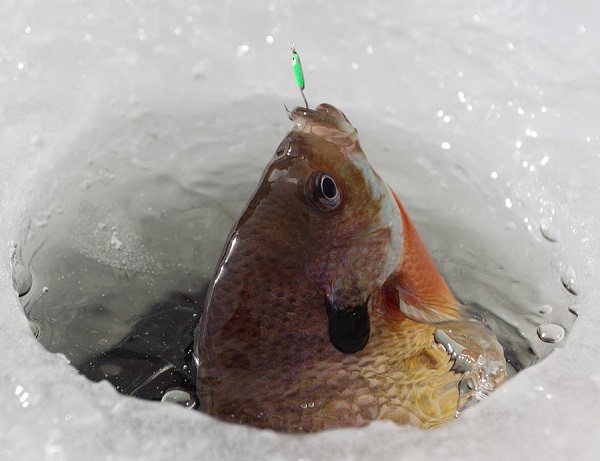 Why is it important that ice floats? Sinking ice would make aquatic organisms’ lives very difficult. If ice was denser than water, as ice formed it would drop to the bottom of bodies of water. Ice would build from the bottom up towards the surface. If it continued to build, it would eventually push free-swimming aquatic organisms, such as fish, up to the surface to be eaten or freeze to death. Organisms that are found in sediments or are rooted to the bottom, such as plants and aquatic insects, would likely be crushed under the weight of the ice. So it’s fortunate that ice floats! If temperatures are cold enough, ice can eventually freeze all the way through a shallow body of water, but that only happens in extreme cases in this region. This is because ice on the surface acts as a good barrier and insulator for the water below, protecting it from cold air temperatures and mixing caused by wind. Usually, water temperatures under the ice are around 4°C, so the water stays in liquid form. 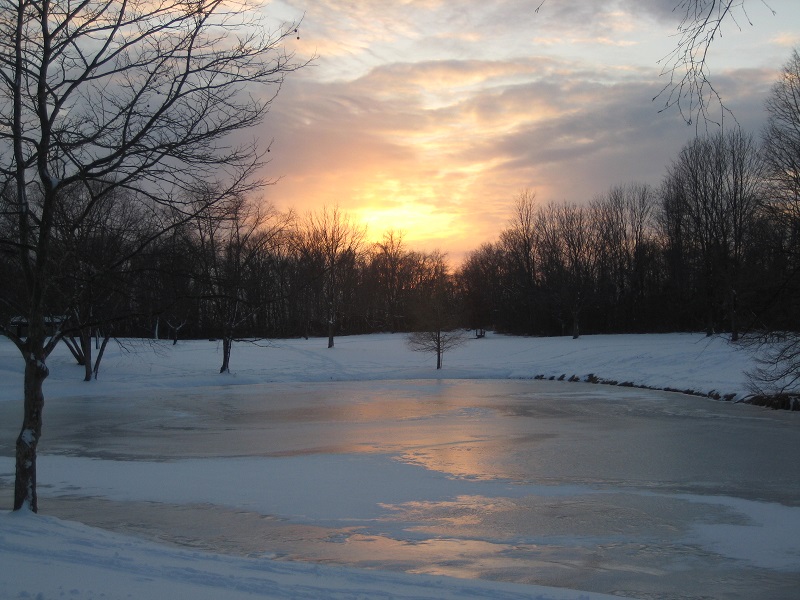 For the many organisms that call lakes and ponds home, water serves not only as their habitat but also as their refuge from harsh winter temperatures. While ice on streets and walkways presents hazards for humans as we go about our daily routines, ice formed on lakes and ponds protects its inhabitants until they can enjoy the warm temperatures of spring once again.