For the last couple months, I’ve been seeing an American bald eagle along the Great Miami River near the Lawrenceburg Road bridge. I know their numbers are increasing, but it really never gets old for me – seeing such a majestic, enormous bird just hanging out in a prominent place like it’s no big deal. So imagine my excitement when my fellow naturalist, Julie Stubbs, reported that after hiking at Shawnee Lookout she saw about five of them in the same place! One was mature, with the characteristic white head and tail. But the others were estimated to be between three and four years old, with more of a mottled pattern on the head. 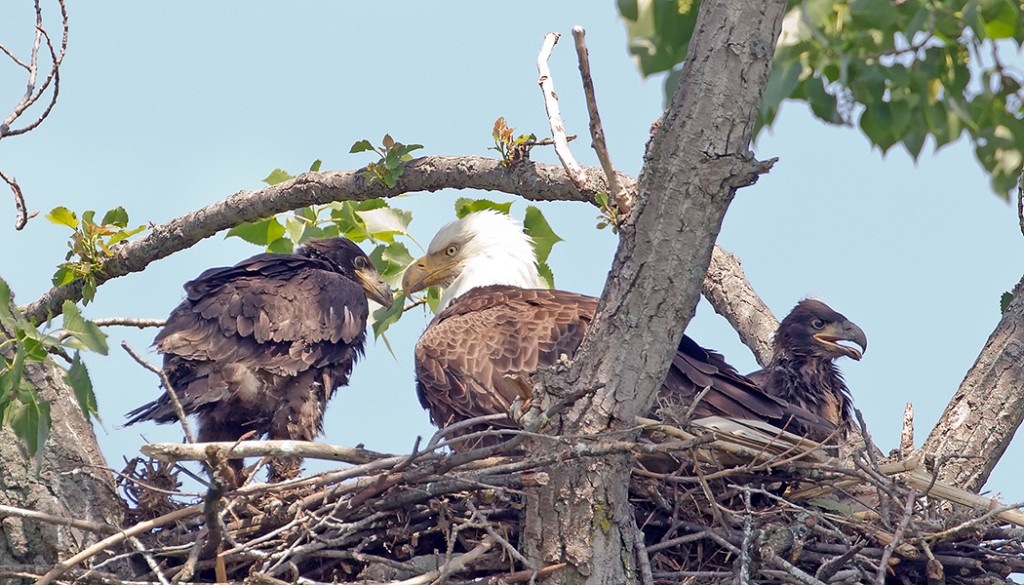 Soon more reports of bald eagles congregating in that area were rolling in – some reporting up to 24 at a time! Shawnee Lookout Ranger Don Rieskamp has been keeping us up to date on the activity, and his last message reported, “We’re knee-deep in eagles out here.”

While we typically don’t see dozens of eagles at a time in this area (yet!), this is an excellent time to go looking for them. They keep within close proximity of rivers in order to scout out nesting sites, such as a large sycamore or cottonwood tree. Open moving water also ensures a steady food supply. In fact, many pictures I’ve seen from this current eagle excitement shows food is a definite factor in their lingering. 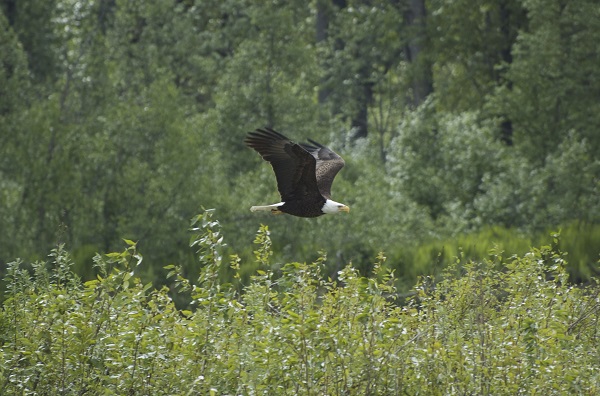 Other recent sightings include the vicinity of Campbell Lakes and Miami Whitewater Forest, as well as the east side of town at Otto Armleder and Woodland Mound parks. Why not bundle up, grab a pair of binoculars or a camera, drop in at your nearest Great Park and catch sight of an American bald eagle? They seem to just hang out in prominent places, like it’s no big deal!