If you enjoy bass fishing, there are two lakes in Hamilton County that are dynamite right now.  On July 27, all 24 teams weighed in fish at the Great Parks Bass Series tournament on Winton Woods lake. We saw a repeat of that success on Sharon Woods lake at this past weekend’s tournament on Sunday, August 17.

Twenty teams of die-hard bass anglers reported to Sharon Woods before daylight. The tournament ran from 5–11 a.m., and like the previous two years, there were many keeper fish caught before sunrise. By the finish of the weigh-in, all 20 teams had brought beautiful largemouth bass to the scales. Ben Quisno and Jody Andrzewski won the tournament by the narrowest margin of 0.02 pounds! They weighed in a five-bass limit that tipped the scales at 11.10 pounds, catching all of their fish by throwing plastic frogs over matted weeds. Brent Jones and Ryan Zwick finished second with a limit that weighed 11.08 pounds. They also had the biggest fish of the day: a 4.30-pound lunker that Brent caught on a finesse worm. Andy McGray and Matt Eggenberger rounded out the top three with 9.81 pounds. At the end of the tournament, 110.51 pounds of bass was weighed in…wow! 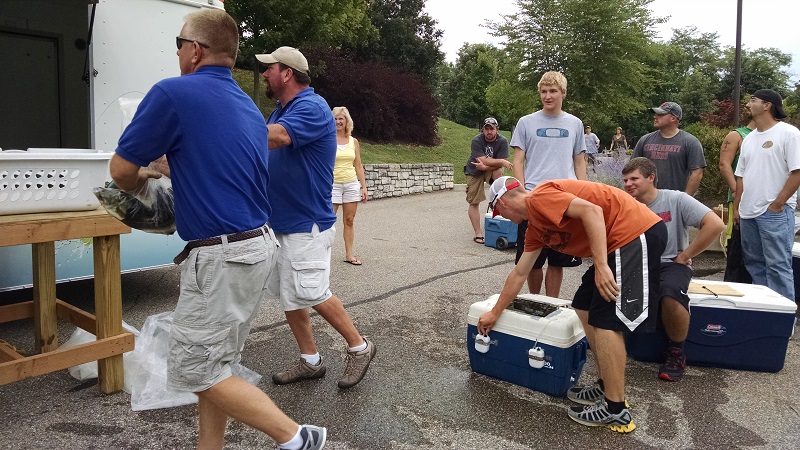 Jeff and Emily Tonkin won the Adult/Child Tournament at Lake Isabella on Saturday, August 16. Eric and Will Oliver finished second, and Dave and DJ Monker came in third. All three teams were awarded trophies and prizes from Bass Pro Shops. 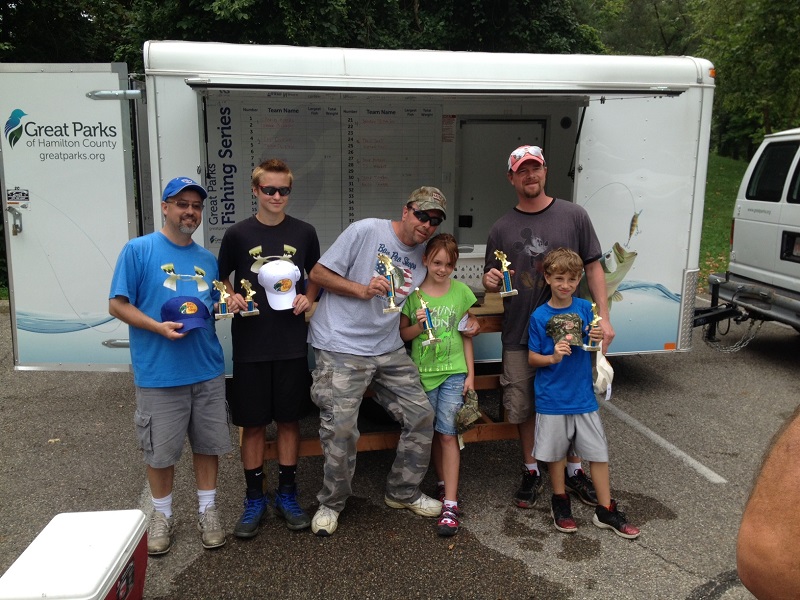 Upcoming Tournaments
If you enjoy fishing for catfish and carp, then test your skills at the Lake Championship tournament this Saturday, August 23 at Winton Woods. Two-person teams will fish for a six-fish limit of any species. The event runs from 7 a.m.-1 p.m., and the entry fee is $60 per team.

Make plans now to take a kid fishing at Lake Isabella on Monday, September 1 from 10 a.m.–noon. The Holiday Kids’ Tournament is free to enter, but is limited to 50 children in each age category (under 6, 6–9, 10–12). All participants receive a certificate, and any child who catches a fish gets a trophy. Whoever catches the largest fish will be presented with a trophy and prize from Bass Pro Shop. Typically, more than 100 kids come out for the tournament, so be sure to get there at 9 a.m. to sign up before it fills up.