Winter in Cincinnati can seem drab and dreary if you only focus on your surroundings during the day. A great way to experience winter is to bundle up and go out when the dark velvety sky is dressed in its finest jewels: the stars. With longer hours of darkness and crisp, clear skies, winter is an ideal time to stargaze. Many of the brightest stars are also visible in the evening hours during this time of year.

Stargazing began with ancient peoples who spent a great deal of time outdoors. Shepherds, nomads and farmers most likely looked at the array of stars and began to see familiar objects, just as we see pictures in clouds. They populated the sky with common animals, legendary characters from their myths, heroes and villains. 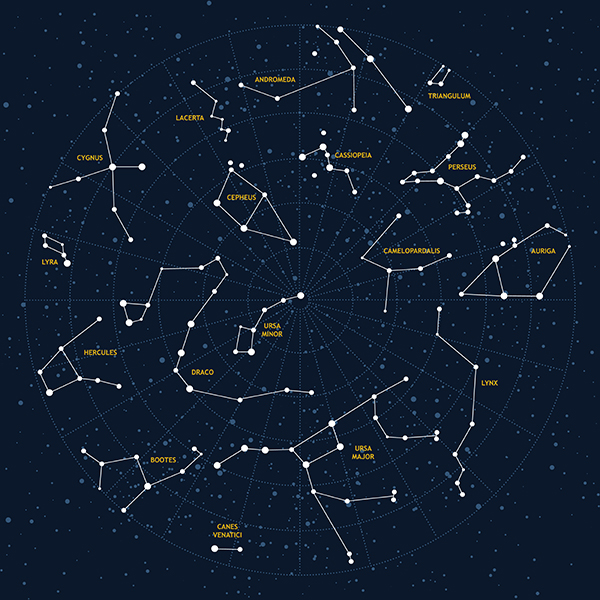 Through their observations, our ancestors found that a regular sequence of these star pictures heralded each season. It must have been a simple leap of the imagination to forecast events, both good and bad, based on spectacular events such as eclipses and meteor showers. Nowadays, we have unlocked many of the mysteries of space. Stargazing in this day and age can be a career, a passion or a hobby. You do not have to have any fancy equipment either – your eyes can literally open up to a whole new world!

Dominating the sky from approximately November until April, Orion the Hunter is the most notable winter constellation. It can be easily seen, even through city lights, and performs a predictable march across the sky. 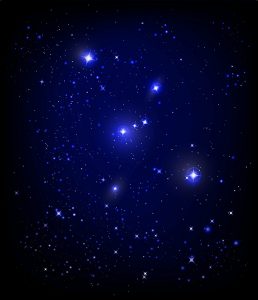 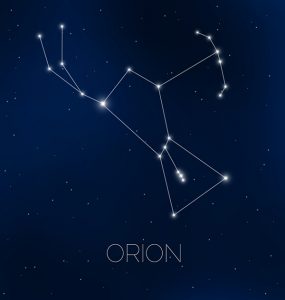 In November, Orion will begin to rise above the eastern horizon around 9 p.m., in February it can be seen high in the southern sky at 7 p.m. The easiest way to find the great hunter is to look for his belt, three stars in a diagonal line which angle from the lower left to the upper right. Just below his belt are two stars that form his knees. Rigel, the knee star to the right may appear to have a bluish white light. This color signifies that it is a young star that is very hot, shining much brighter than our Sun. Above the belt are two stars that form his shoulders. The one to the left appears to be a reddish-orange color, which signifies that it is a very old star and cooler than our own Sun. 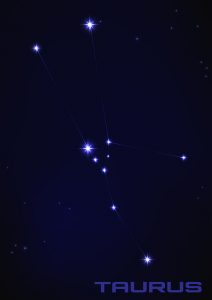 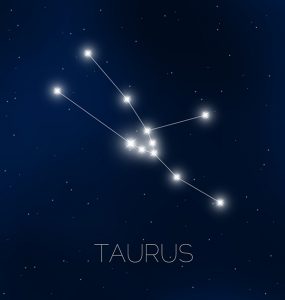 Once you find Orion, you can use it as a landmark to find other constellations. Moving further to the right of Orion, you will come to a “V” shape of stars, which is the face of Taurus, the Bull. Riding on Taurus’ imaginary back is Pleiades, the seven sisters. Pleiades looks like a faint star cloud, but is actually made up of more than seven stars. Following Orion through the sky are his dogs. Canis major, the Big Dog rises in the sky a few hours after Orion. This constellation contains the brightest star in the night sky, Sirius. 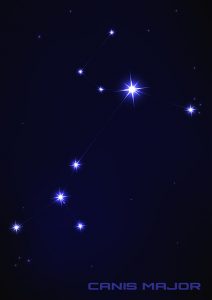 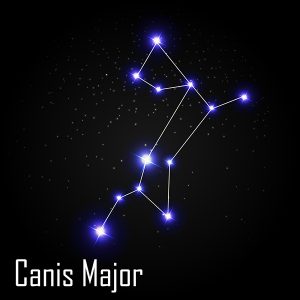 Sirius is approximately 50 light years away from earth, which means it takes 50 years for the star’s light to reach us! The brightness of a star is dependent on the star’s size and its distance from earth. There are stars that are much bigger and give off more light than Sirius, but they are farther away from earth, so they seem dimmer.

Astronomy may seem overwhelming at first, but it becomes more fun as you become more familiar with the sky. If you are interested in learning the basics, drop by one of Winter Star Quest programs at Winton Woods. You may just find a new way to enjoy winter!