The top 20 anglers at the conclusion of the Great Parks’ Bass Series qualified for the Championship Tournament. This two-day event was held on September 23 and 24 at Winton Woods Lake and at Miami Whitewater Forest Lake. During the tournament, anglers fished for a five-fish limit each day, with the heaviest two-day total winning the championship. 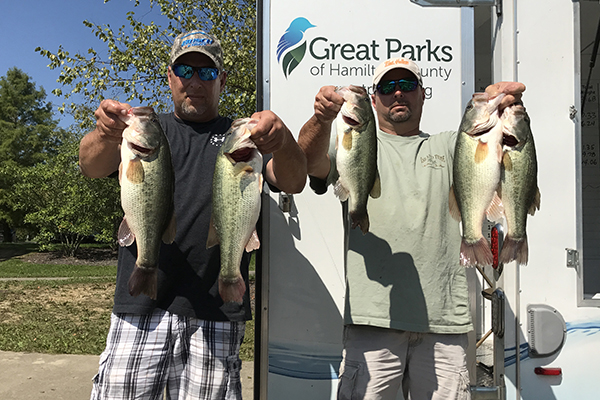 Mark and Mike Toht set the bar high on Saturday with a limit that weighed 14.06 pounds. They headed into the final day with a 5-pound lead over Mike Hoefker and Brent Jones. Jody Andrzjewski caught the big bass on Saturday weighing 3.68 pounds. But Mike and Brent made a charge on Sunday. Under difficult fishing conditions that included a bright sunny sky, no wind and 90 degree heat, they caught four keepers, which pushed their two-day total to 16.94 pounds. Every team brought fish to the scales, but could not top that weight. The final team to weigh in was the Toht bothers, who needed 2.88 pounds to win. Their three keepers weighed 3.88 pounds, for a two-day total of 17.94 pounds! They were awarded a $1,000 gift card to Bass Pro shops for their win! 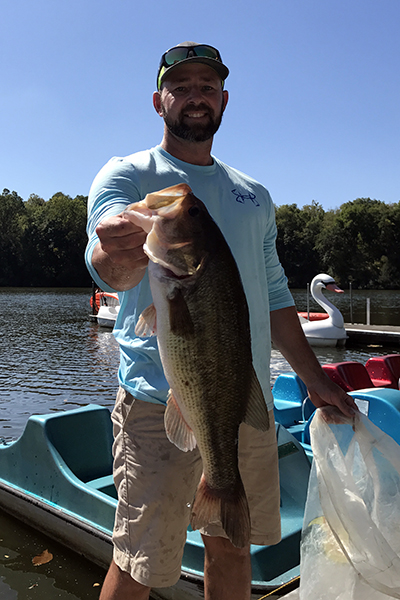 There were 157 teams that participated in the Great Parks Bass Series’ this year. A huge thank you to all…we look forward to seeing you again in 2018! 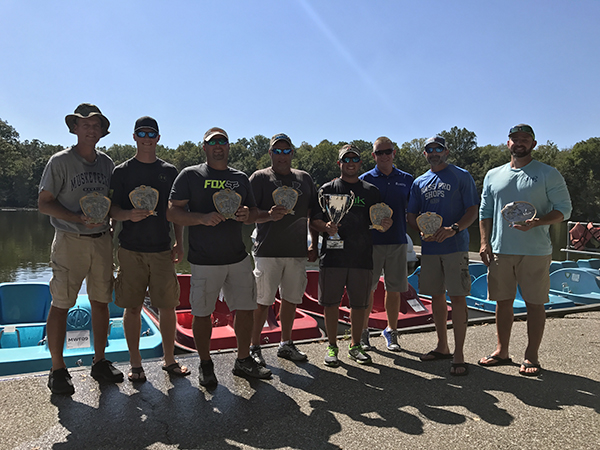