On April 8, Great Parks held its first fishing event of the 2017 season. A total of 13 teams tested their luck against the catfish and carp swimming in Lake Isabella at the first Rod Busting Series tournament. It was a brisk morning, with just a little bit of fog on the lake. All of our anglers were anxious to find their spots in hopes of landing a big one. 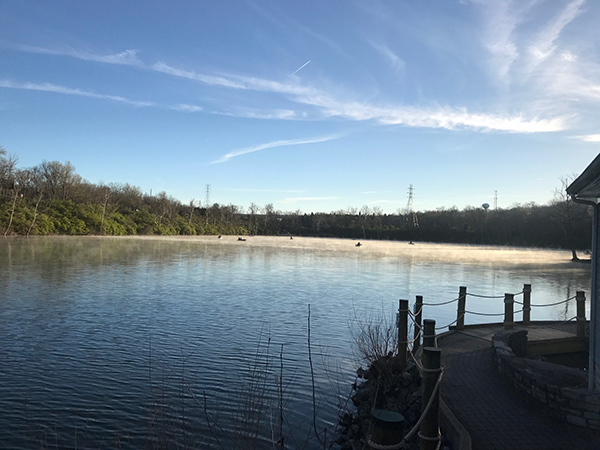 By 11 a.m. we had our first fish to be weighed in by our youngest team to enter to tournament series. Owen Stewart and partner Sam Scally caught a 1.2 lb channel catfish after switching to live shiners as bait. Throughout the course of the tournament, five other teams were able to weigh in fish, including last years’ Rod Busting Champions Steve and Kevin Semones. 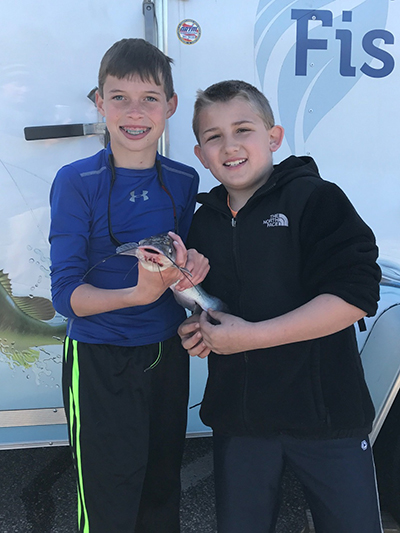 But none of the fish weighed in were as impressive as the one caught by the husband and wife duo Ron and Lauri Muirhied: a shovelhead catfish that tipped the scales at 51.4 lbs! With that single fish they were able to easily walk away with first place. Lauri was also awarded a $25 gift card to Hamilton Bait & Tackle for catching the biggest fish of the tournament. 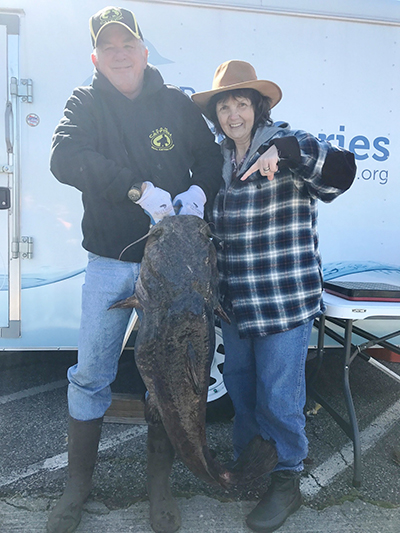 We would like to thank both of our sponsors, Hamilton Bait & Tackle for providing a $25 gift card to the biggest fish at each of the events and Bass Pro Shops for providing a shopping spree for our series’ champions. If you missed the first Rod Busting tournament, don’t worry. Only your five best scores are counted, so you still have a shot at the championship. The next event in the series is at Lake Isabella on Friday, June 16 from 8 p.m. to 2 a.m.