The top 20 anglers of the 2016 season, along with the Bass League champions, were invited to fish in the two-day Bass Series Championship for a shot at a $1,000 gift certificate to Bass Pro Shops. 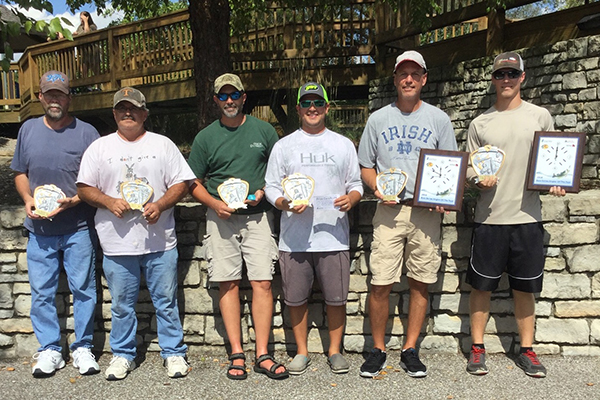 The conditions were perfect on September 17 for the first day of the tournament at Winton Woods Lake — the cloudy skies with scattered showers made fishing unbelievable. Ten out of the eleven teams caught their five-fish limits. Most teams had their limit and were culling fish after the first hour of the tournament! After the first day the Bass League champions, Elvis Miller and Larry Fillers, were in first place with an impressive bag of 13.59 pounds. Going into the second day at Miami Whitewater Forest Lake everyone still had a realistic shot at taking home the grand prize. The ninth place team still had almost nine pounds of fish! 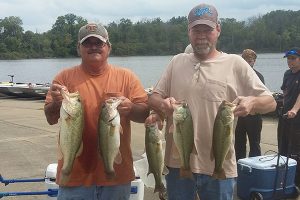 On day two the weather conditions made it tough — anglers were fishing in a bluebird sky with no precipitation. This made fishing really hard for everyone except one team: the 2016 Anglers of the Year father-son duo who caught five fish that weighed 13.74 pounds! Matt and Steve Wheeler jumped from seventh place at Winton Woods to the Bass Series champions with a two-day total of 23.77 pounds! They also caught the largest bass of the championship, which weighed 4.51 pounds. 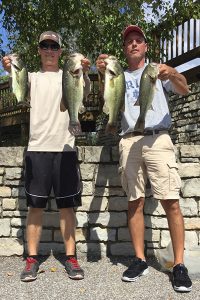 Elvis Miller and Larry Fillers secured the second place prize with a total of 18.38 pounds. Brent Jones and Mike Hoefker finished in third place and were less than a tenth of a pound behind Elvis and Larry.

Even though the Wheelers didn’t place in the regular season, they proved to everyone that they are the best! They not only finished with 158 of a possible 180 points through the year, they finished strong when the pressure was on. 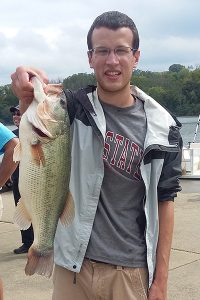 Congratulations to Wheelers and to all other anglers who fished in the 2016 Bass Series tournaments. Thank you to Bass Pro Shops and Hamilton Bait & Tackle for another great season and helping make this possible! Below are the 2016 results and winnings: