Bass Fishing is on Fire!

Have you ever heard of a bass tournament where 20 out of the 24 teams weighed in fish and of the 20 teams more than 175 pounds of bass were caught? Well, that’s exactly what happened on Sunday’s (July 24) Bass Series tournament at Winton Woods Lake!

The high temperature for the day was 95 degrees and with the humidity, it felt more like 106 degrees. But neither heat nor cold scared the anglers away from the tournament this year. These guys are tough! Along with being tough, they are very smart about the elements they are fishing in. They protected themselves with plenty of sunscreen, hats, protective clothing and, most importantly, they stayed hydrated. They were also diligent on how they protected the fish. Most participants in the tournament brought frozen jugs of water to keep their live wells cool for the fish, and once the fish were weighed-in, they were immediately placed back in the lake. Because of the responsible anglers in Sunday’s tournament, we didn’t have one floater (dead bass).

On the way to the tournament, I thought 12 pounds was going to be enough to win. It turned out that 12.01 pounds was enough to take third place. Brent Jones and Ryan Zwick from Okeana, Ohio, caught the big bag along with a biggest bass that weighed 3.56 pounds! Andy McCray and Matt Eggenberger won both tournaments at Winton Woods last year, but this year they caught 12.08 pounds, which was enough for second place. Julio Delgado and Paul Regensburger had finished either first or second in the last three tournaments, and with 13.63 pounds, it was enough to take home the grand prize. They also tied Jones’ and Zwick’s big bass of 3.56 pounds!

Congratulations to all anglers, and thank you for doing your part to protect our Great Parks’ fishery! 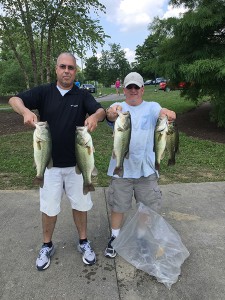 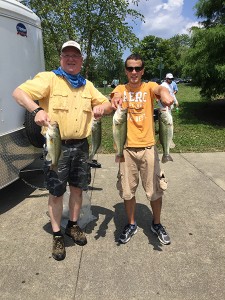 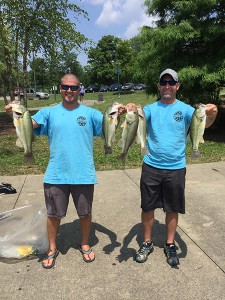