The impact that the emerald ash borer (EAB) has had on our forests and landscapes is painfully obvious, even to a casual observer. This tiny bug is responsible for many of the dead spots you can now see in our local canopy. Not surprisingly, a significant amount of Great Parks’ resources in recent years has been directed toward dealing with the thousands of affected ash trees throughout the parks. 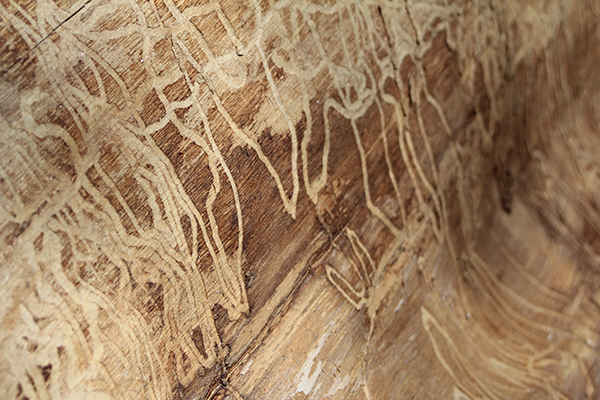 As emerald ash borer (EAB) larvae feed beneath the bark, they wind back and forth to bore S-shaped galleries into the wood

More than 11,000 trees have been felled (cut down) along Great Parks’ golf courses, trails, picnic areas, park (and public) roadways and property lines bordering neighbors’ homes, with roughly 7,000 more to go. While some people are discouraged by the number of trees being felled, I can assure you that Great Parks is removing only trees that present a potential hazard to park guests. Trees in the “deep woods” are left standing intact until they fall from age and decay, returning their nutrients to the forest floor. 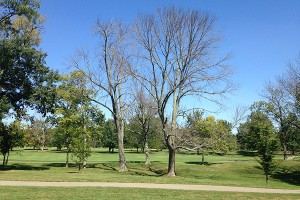 The huge task of felling and removing Great Parks’ dead ash trees has involved a lot of talented and dedicated people. A combination of contract tree removal companies, Great Parks’ in-house staff and utility line contractors for Duke Energy have been responsible for the large number of trees felled to date. Mother Nature sometimes also lends a much-appreciated hand by toppling some especially top-heavy trees during thunderstorms and other windy weather events. One other means of accomplishing the felling of large numbers of trees in heavily wooded areas is the use of a contract tree feller. 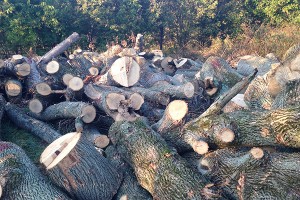 Trees felled as a result of the emerald ash borer (EAB)

The contract feller we’ve used for the past three years is an expert woodsman and professional timber cutter. But he is also appreciative of the outdoor environment and is able to look beyond the simple goal of cutting trees when the need arises. An excellent example of this exact situation occurred in April along the Badlands Trail in Miami Whitewater Forest. 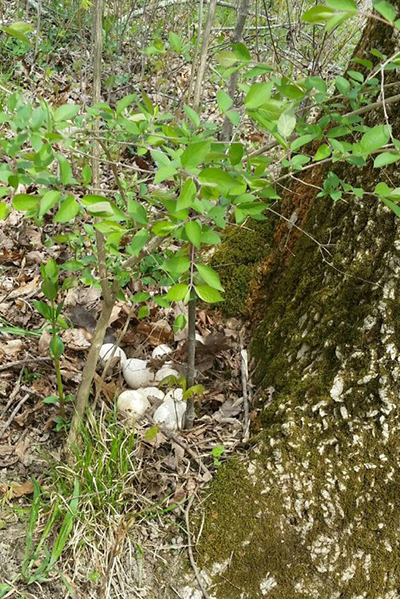 When approaching an ash tree marked for felling, he noticed a clutch of wild turkey eggs nestled directly behind the tree he was preparing to fell. Pausing to examine the nest, he sought direction from our field staff. It was decided that because this particular tree posed no immediate or emergency hazard to trail users, it would be bypassed that day and felled at a later time after the young turkey poults had fledged and left the nest site. I’m happy to report how this happy compromise between productivity and wildlife resulted in “one for the turkeys” along the Badlands nature trail.