The anglers who participate in Great Parks’ Bass Series tournaments are some of our most loyal visitors to the lakes. These guys not only compete in multiple tournaments every year, but they spend countless hours honing their bass catching skills on Miami Whitewater Forest, Winton Woods and Sharon Woods Lakes. For the second time this year, Mother Nature did not reward them with good weather. They were greeted by snow showers and 26 degrees on April 9, and May 14 wasn’t that much better. Steady rain showers, wind and a high temperature in the low 50’s do not make for a comfortable day on the water.

If that wasn’t a big enough challenge, then mix in the fact that many of the bass were spawning. We tend to see a lot of little fish caught in these conditions, and that held true at Sharon Woods Lake on Saturday. There were 26 teams that entered the tournament, and only 15 of those teams successfully weighed in fish. 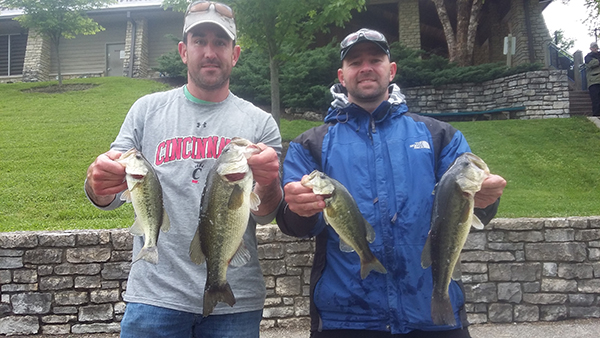 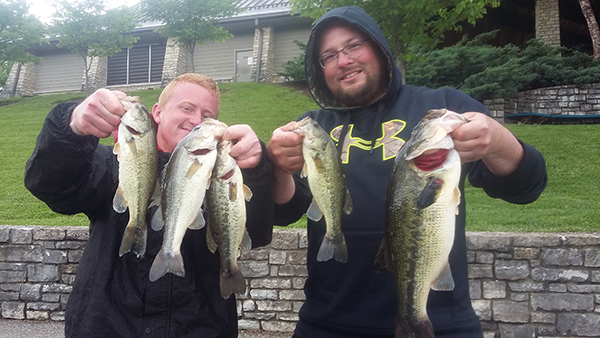 There was only a total of 56.52 lbs of fish weighed in, which is a reflection of the very tough conditions the fishermen had to contend with. The next Bass Series tournament is at Winton Woods Lake on June 12, and we are promising good weather for a change!