Song of the Gobblers

Most people consider wildflowers to be the sign of spring. I, however, listen for the sound of “gobbling” on the wind to herald the season of renewal in Ohio. By this I mean, it’s time to talk some turkey!

The wild turkey is one of Ohio’s largest bird species and can stand up to four feet tall and weigh 24 pounds. Although traditionally associated with autumn, wild turkeys are more active in the spring with their peak breeding season occurring in April. 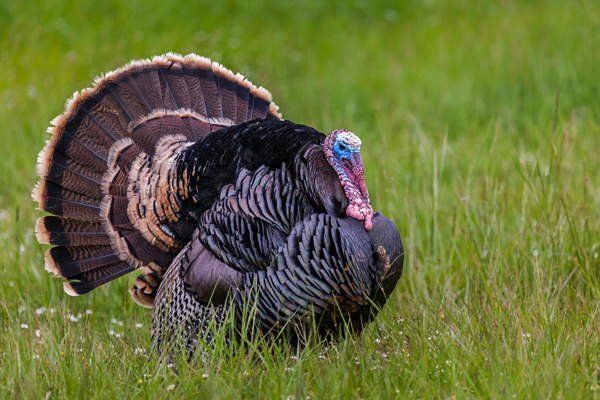 The males (often referred to as “toms” or “gobblers”) emerge from the forests to court females (“hens”) in the fields. Early in the morning, toms will spread their tail fans and pace back and forth in front of the turkey hens, voicing their well-known “gobble-gobble-gobble” call to attract a female’s attention. Once courting has reached its natural conclusion, the male turkey moves on to woo a new partner.

The hen finds a suitable depression in the forest floor and deposits up to 20 buff colored, speckled eggs within. She incubates them on her own, only taking short breaks to search for food. About a month later, the eggs hatch and the new chicks, sporting a full coat of downy feathers and wide open eyes, are ready to follow their mother in a matter of minutes. 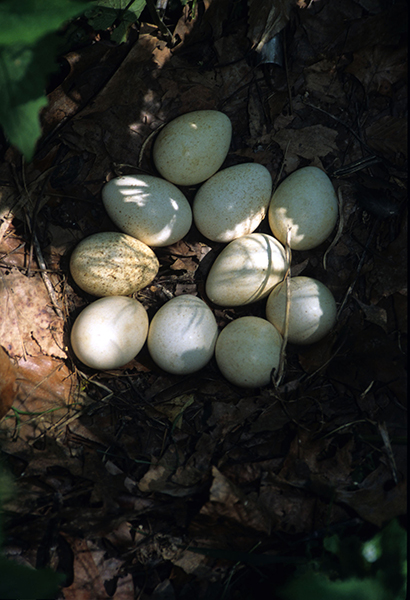 While hiking in our Great Parks, keep an ear open for the song of the gobblers. You might be lucky enough to glimpse some tom turkeys strutting their stuff!