Last week, I decided to join the volunteer program with Great Parks. My first task was standing next to the trail at Winton Woods with all my birding gear, including a powerful spotting scope and field guides. Standing in front of the great blue heron colony, called a rookery, I was on the trail to share information with park visitors and learn from this remarkable field experience. 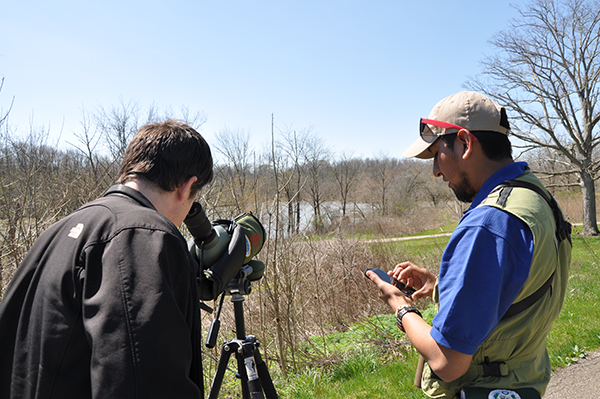 This rookery has so much to offer, introducing visitors to the fascinating nature experience of wildlife behavior. Here at this collection of 11 potential nests, the birds are interacting with courtship displays, preparing and maintaining nests, feeding and even giving different calls as codes.

Great blue heron breed across most of North America south of southern Canada to the Gulf States, down into Central America and the Caribbean. They migrate singly or in small flocks, spending winters from southern Canada southward to northern South America, and along the continental ocean coasts as far north as temperate areas of Alaska and Nova Scotia. It is rare, though not unheard of, for an occasional great blue heron to successfully survive a winter in the north if it can find open water.

According to North American Native tradition, the great blue heron brings messages of self-determination and self-reliance. They represent an ability to progress and evolve. In Winton Woods park, the adult herons will lay 2–6 pale blue eggs. After 27 days of incubation, the eggs will hatch with beautiful white baby chicks. Between 52 and 80 days later, the little fledglings will be ready to explore their new world outside the rookery, with all its life adventures.

At Winton Woods, the unique habitat of flooded forest have let the herons established a rookery since 2007. They find it safe, and with little disturbance the number of nests will keep increasing during years. 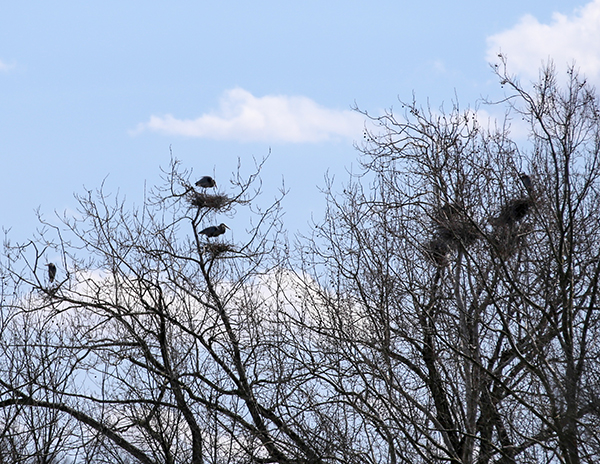 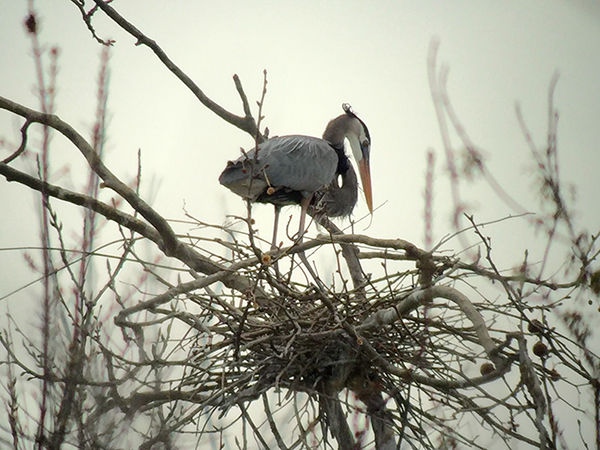 Come over and learn together in a group or on your own. The rookery is located on west side of the Winton Lake, to the left of the aerial pipeline. Bring your binoculars, find your spot and enjoy.