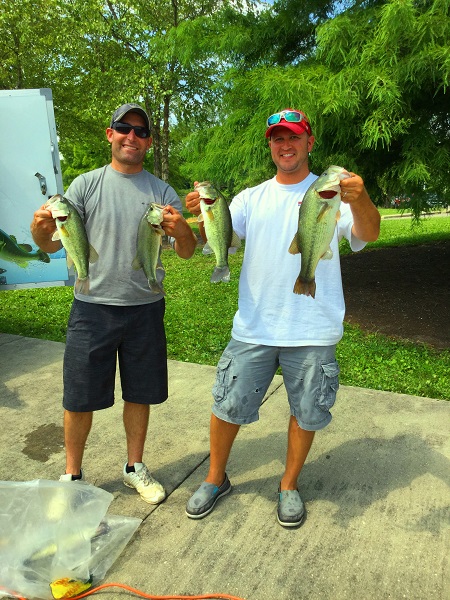 Sunday, August 23, saw the last Bass Series tournament of the year at Winton Woods lake. For most anglers, the day was picture perfect. Not only was the weather nice, but the fish were also biting. More than half the teams were able to weigh in limits.

This was the last tournament of the six-event series, so there was a lot on the line! The tournament was the last chance to earn points in the series. Only the top 20 anglers in the point standings will be invited to fish the Bass Series Championship in September, where they will compete for a $1,000 gift card to Bass Pro Shops. (An invitation email will be sent if you earned a spot.) 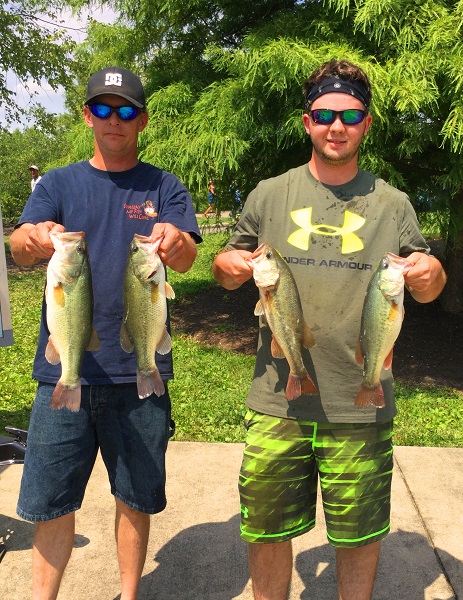 Andy McCray and Matt Eggenburger won the day with an impressive bag weighing 12.30 pounds. These guys have been unbeatable at Winton Woods Lake; they also won the tournament on May 17. Unfortunately, not even winning both events was enough to push them into the Championship. Jamie Rains and Nate Fields finished in second with 10.03 pounds. Brent Jones and Ryan Zwick “cleaned-up” by winning third place as well as the Biggest Bass award with a nice bass that tipped the scale at 3.22 pounds. 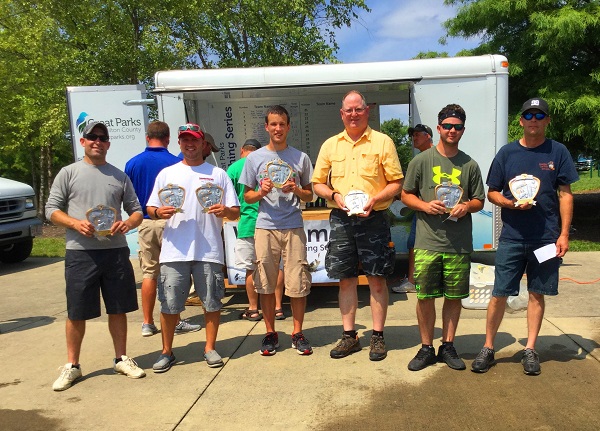 Thanks to all anglers for another great Bass Series!