Hitting the ground running…the life of a killdeer

The killdeer is one shore bird you can see without going to the beach. Their penchant for nesting in drier places near human landscapes has made them the most familiar plover in North America.  We‘ve all heard their shrill “kill-deer” call near lawns, parking lots, gravel driveways and even on roof tops. It’s as though their watch has stopped, and they continue calling long after dark. 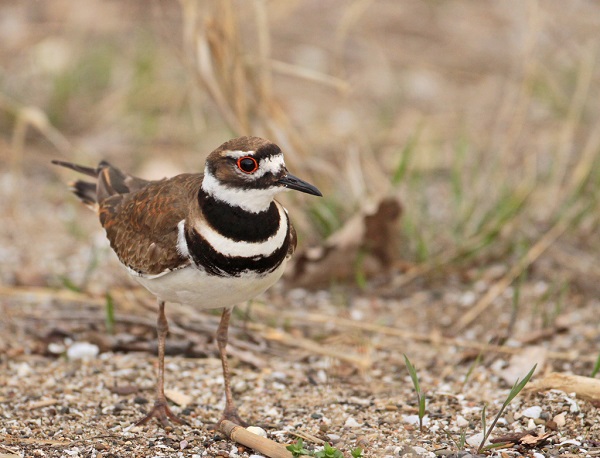 Great Parks naturalists often take programs on the road to local schools in the Cincinnati area, and a sunny day can lend itself to a fun schoolyard safari. Walking across a pretty big expanse of mowed field last week, the children caught sight of a killdeer standing upright like a sentry. The chatter and the rumble of the student’s feet across the lawn spooked its hidden mate off the ground nest. After a few shrill calls, she soon went into her broken-wing display, listing from side to side in what appeared to be an urgent attempt to fly. This is a behavior designed to lure predators away from the shallow bowl-like nest, called a scrape, and towards an easy meal.

It would seem an odd choice to lay your precious eggs in a field or on a rocky spot with barely a few tufts of grass scattered throughout. It’s practically an open invitation for crows, skunks, raccoons, opossums and foxes to dine on them. However, with no physical nest structure to draw attention, the four large, speckled and somewhat pear-shaped eggs become invisible. A killdeer is about the same size as an American robin but the eggs are twice as big, packed with extra nourishment, as the young will spend twice as long inside the egg. But unlike the robin, the killdeer young will hatch with a full coat of down feathers and the fluffy, buffy, bright-eyed hatchlings will leave the egg with their running shoes on, able to forage alongside their parents for insects. 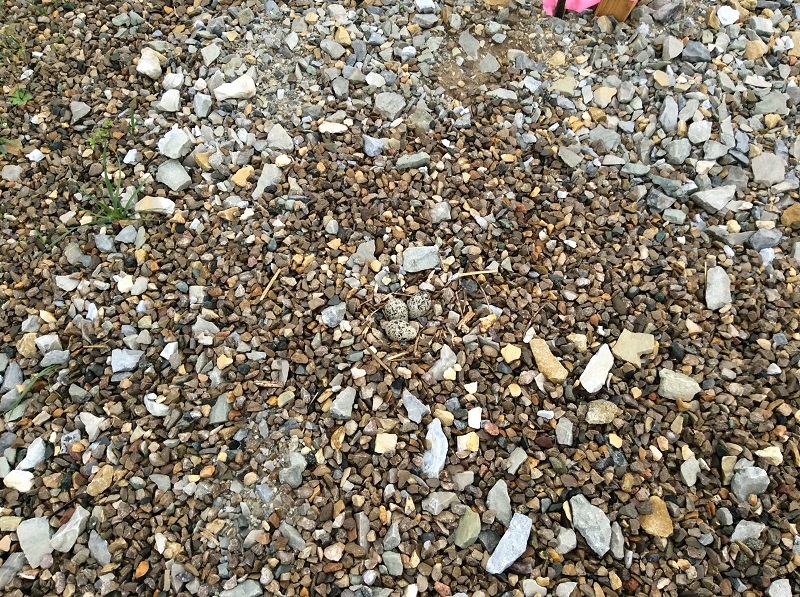 Can you spot the eggs in this killdeer nest at Miami Whitewater Forest? 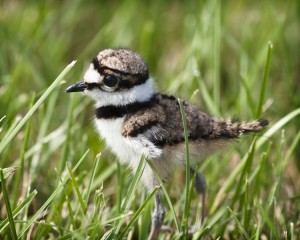 Killdeers are one of summer’s many pleasures and to be able to experience them with some curious youngsters makes it all the better. With complete empathy, one of the children thought we should move the eggs to a safer place. But as is usually the case, mother knows best. On the ground is where they should be, and that’s the only place the parents know to look for them.  This special part of the school yard will not be mowed for 28 days, giving the killdeer babies time to hit the ground running.