On Saturday, June 6 Miami Whitewater Forest was the site of this year’s second Great Parks Bass Series tournament. There were 28 teams of anglers…and they crushed them! After seven hours of fishing, 24 of the teams weighed in fish. 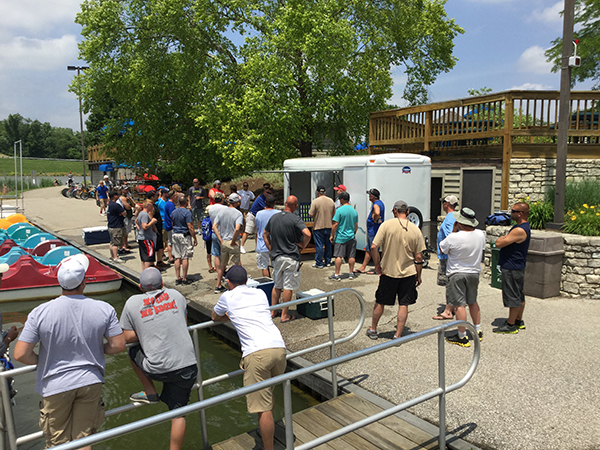 Julio Delgado and Paul Regensburger, both from Cincinnati, won the tournament with a five-bass limit totaling 16.12 pounds! They also had the biggest bass of the day, which tipped the scales at 4.63 pounds. They caught all of their fish flipping jigs. They won $661.50 in Great Parks prize certificates, plaques and a gift card to Bass Pro Shops.

At the end of the tournament, a total of 130.5 pounds of largemouth bass was weighed in. Most of the fishermen reported good luck on crankbaits. (A shallow diving square bill is a proven bait in this lake.) Delgado and Regensburger seemed to be the only team that committed to fishing a jig, and wow did it ever pay off. That is one of the heaviest limits that we have ever seen at Miami Whitewater Forest! 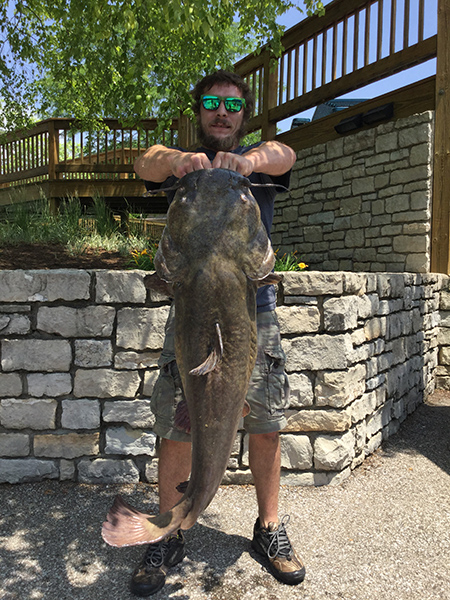 The next Bass Series Tournament will be at Winton Woods Lake on June 20, 2015. I expect to see many limits weighed in. June and July are historically very good crankbait months at Winton Woods. I hope to see you there!