The Making of a Snowflake

A snowflake’s life begins in a cloud. A cloud is made up of tiny pieces of dust or salt carried into the sky by wind and water vapor put into the air through evaporation. In winter, as the water in the clouds becomes cooler (around -9°C or 15°F) a water droplet inside the cloud gradually freezes onto a speck of dust, forming a small snow crystal.

Soon, the water vapor around this first crystal condenses onto it to form larger snowflakes. The snowflake will continue to move through the cloud, picking up more and more crystals. Eventually they become heavy and fall towards Earth. 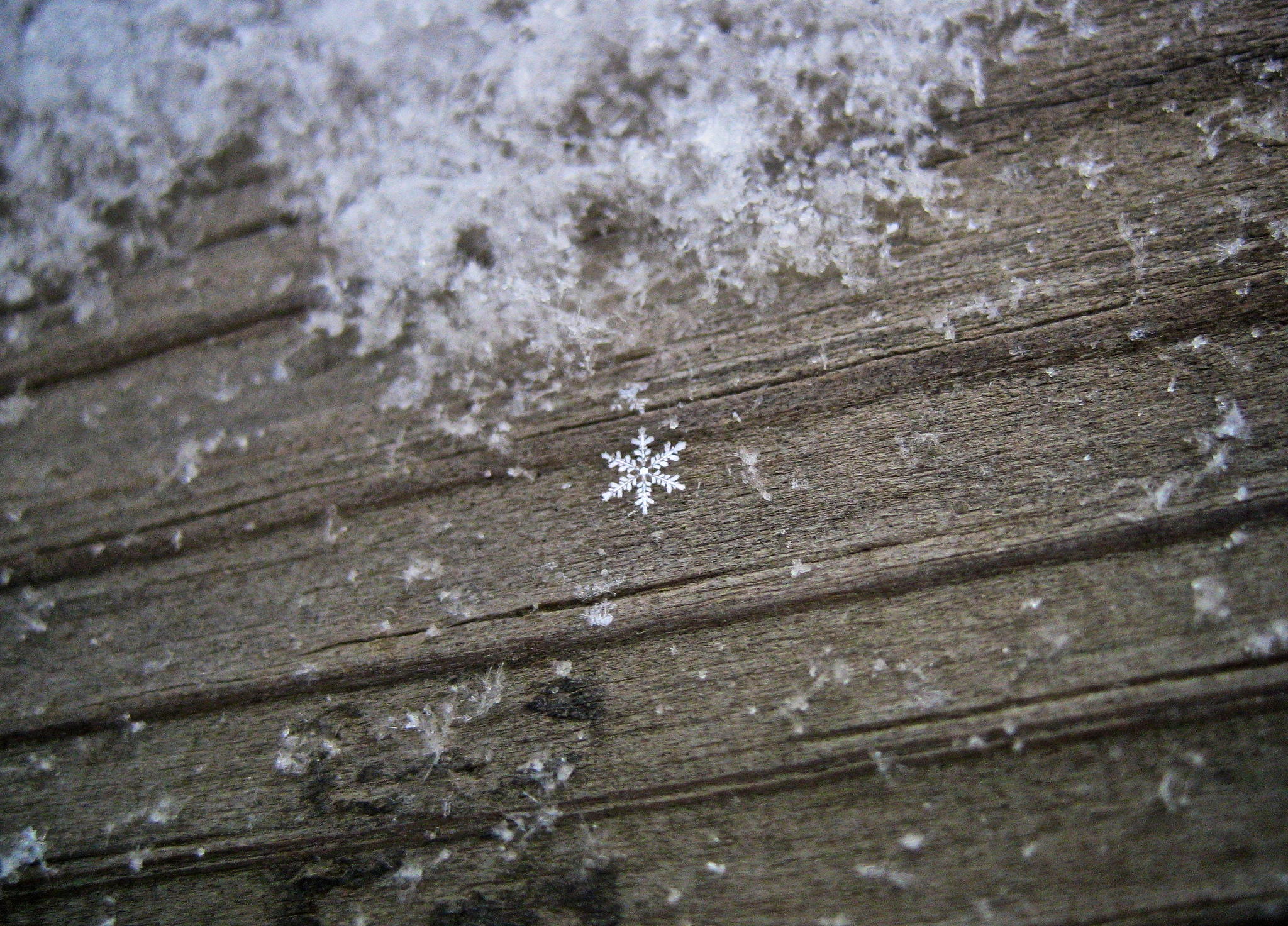 Due to the molecular structure of water, snow crystals are always hexagonal. The particular shape that a snow crystal will take is dependent upon the height and  temperature of the cloud. Ice crystal columns are generally shaped in high clouds; needles or flat six-sided crystals are shaped in middle height clouds; and other six-sided shapes are formed in low clouds. When the temperature is colder, snowflakes will have sharper points on the sides of the crystals and tend to have more branching as they grow. Snowflakes grow more slowly in warmer conditions, resulting in smoother, less elaborate
shapes. 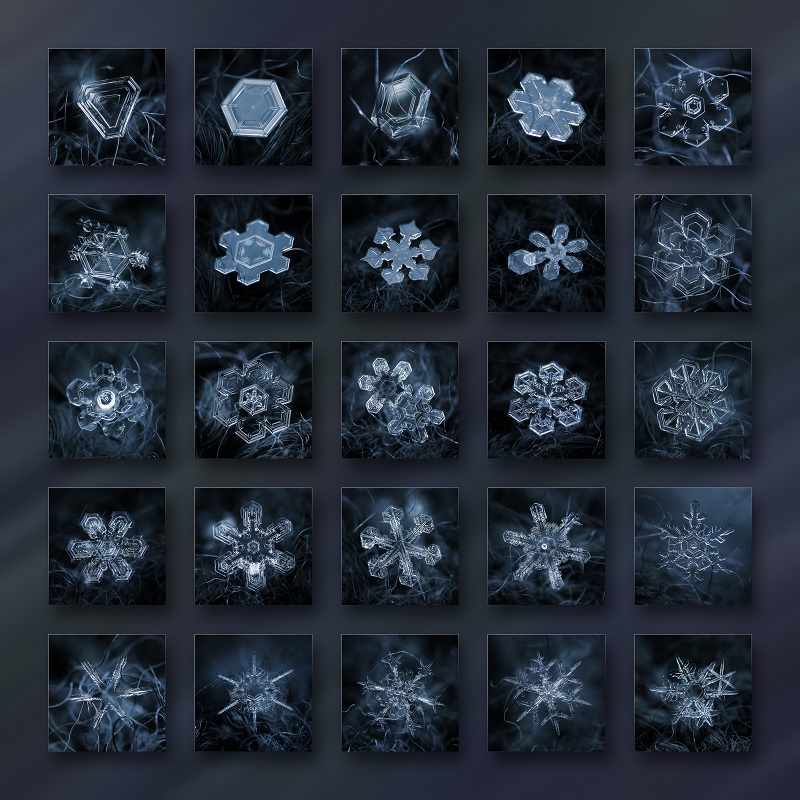 Over the years, many scientists have studied these beautiful creations. Try it  yourself by putting a black piece of paper in the freezer until it is cold. Head outside and let several snowflakes land on the black paper. Then, use a magnifying glass to get a closer look at each one!

“Under the microscope, I found that snowflakes were miracles of beauty; and it seemed a shame that this beauty should not be seen and appreciated by others. Every crystal was a masterpiece of design and no one design was ever repeated. When a snowflake melted, that design was forever lost. Just that much beauty was gone, without leaving any record behind.” — Wilson “Snowflake” Bentley, 1925