I have worked for Great Parks over 17 years now. While I have enjoyed my time at each park, it is actually the walking and hiking trails that have provided me with special memories.

I met my future wife while I was working at Sharon Woods, and the trails there became part of our weekly routine. One of our favorite trails is the multi-use trail that runs parallel to a stream, where our dogs would run and play and jump in the water. We would spend all morning sometimes walking and talking about our future. It was only appropriate that I proposed to my wife there, where of course, she said yes. After we were married, I began working at Winton Woods. We carried on our Sunday morning tradition, but we were accompanied by a very special little someone: our new son Aiden. We would pack him up in the carrier, and he would ride on my back. A year or so later, I moved to Shawnee Lookout park. In May of this year, our second son, Julian, was born. He will accompany us on the trails now, too. My family and I have walked a lot of the trails in Great Parks of Hamilton County, but I can honestly say that the trails at Shawnee Lookout are my favorite.

My son, Aiden, and I at Shawnee Lookout

Shawnee Lookout is located in the furthest southwest tip of Ohio and is a true diamond in the rough. This unique piece of land was once home to Native American Indians and holds many artifacts. The Adena and Hopewell tribes both farmed and hunted the land, and the park is rich with remnants of these tribes such as burial mounds and even a fort built out of mud and stone. Evidence of these is still present today in many areas of the park, including along the Miami Fort, Blue Jacket and Little Turtle trails. 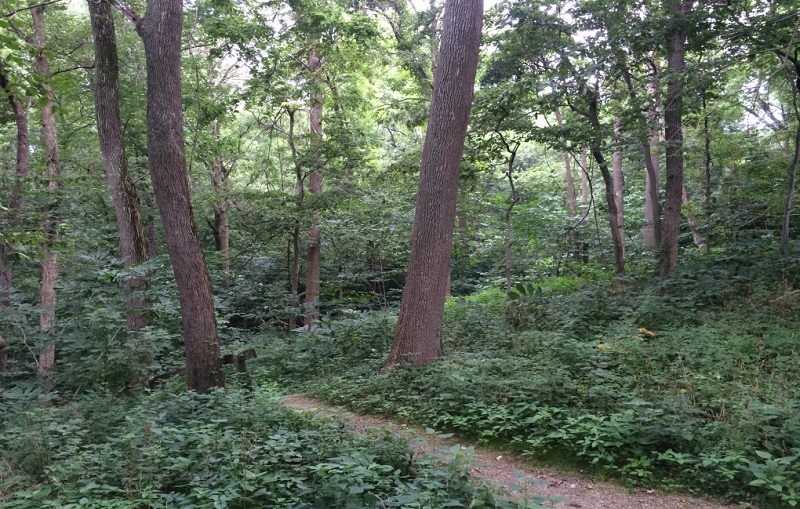