A Lot on the Line at Final Bass Series Tournament

September 7 marked the last Bass Series tournament of the year. Anglers not only fished for bragging rights, they also fished to crown the angler of the year and (for the top 20 places in point standings) a shot at a $1,000 shopping spree to Bass Pro Shops! 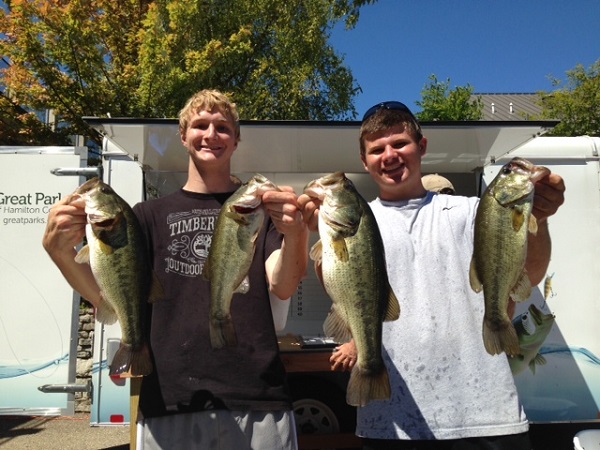 It was a beautiful, brisk morning for the 18 teams who entered the tournament. Sharon Woods Lake looked alive with vegetation on the surface and below the water line. Brian Freeman needed a win to guarantee a spot for the championship and that’s exactly what he and his partner, Chris Stanforth, got. They not only won first place, but they also caught the biggest bag of the 2014 season with 14.69 pounds! They caught so many fish that they culled at least four different times. The winners received more than $416 worth of prize certificates.

Jody Andrezewski and Ben Quisno finished in second with 13.21 pounds. Jamie Rains and Craig Stephany finished in third with a total weight of 13.04 pounds. Most anglers used crankbaits and plastic creature baits to land the bass. At the end of the event, five teams had limits, and 14 fish weighing more than 3 pounds and a total of 115 pounds of largemouth bass were caught! 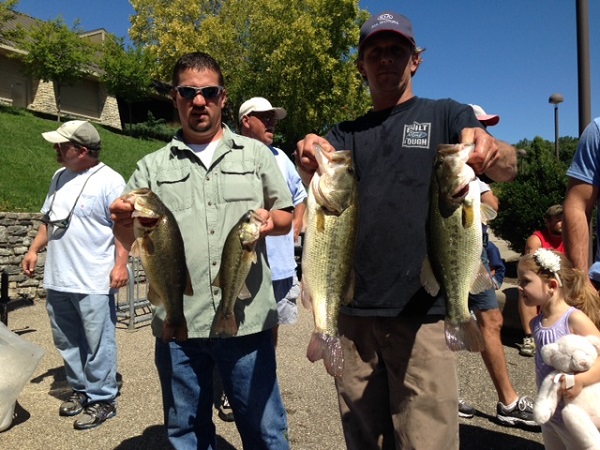 Shawn Gardner caught the biggest bass of the tournament with a lunker that weighed 4.25 pounds! He received $175 for his prize. It was a tight race between team McLucas/Whitaker and Craig Stephany, but Craig Stephany maintained his lead and was crowned the angler of the year. He ended the year with 154 points out of a possible 180. 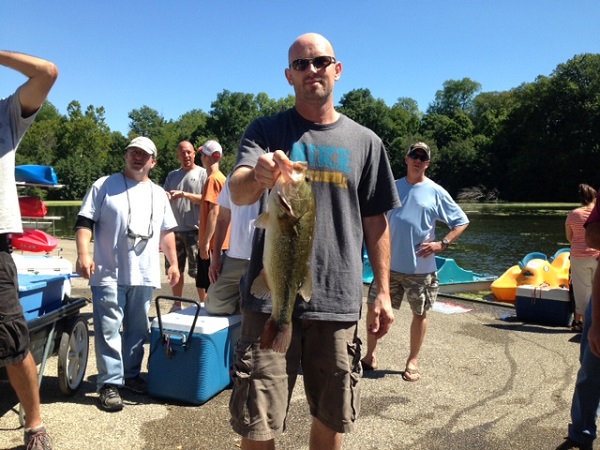 The Bass Series championship is an invite-only tournament. Anglers who qualified will receive a letter and will fish a two-day tournament on September 20-21 at Winton Woods and Sharon Woods lakes. The tournament runs from 8 a.m. to 2 p.m. both days. The grand prize is a $1,000 shopping spree to Bass Pro Shops.

Congratulations to all anglers for another great season!