During June and early July, it is not uncommon to come upon sometimes large snapping turtles while hiking in the parks. That is because it’s peak egg-laying season for Ohio’s largest turtle, the common snapping turtle, Chelydra Serpentina.

While they typically reside in all types of freshwater habitat within the parks, females will move extensively overland to lay eggs, sometimes traveling hundreds of yards from the nearest water source. Using her strong claws, she will dig a nest in sandy soil and deposit up to 80 eggs, gently covering them back over with her hind feet afterward.

One such nesting event took place this week in a picnic area at Mitchell Memorial Forest and was captured on camera by the staff there. If encountered by the public, they are best left alone. Being too large to fit in their shell like other turtles, they evolved the ability to snap as a defense mechanism. Their mouth is a strong bony beak with no teeth that can inflict injury. An adult snapping turtle has few natural predators and will fight back ferociously! 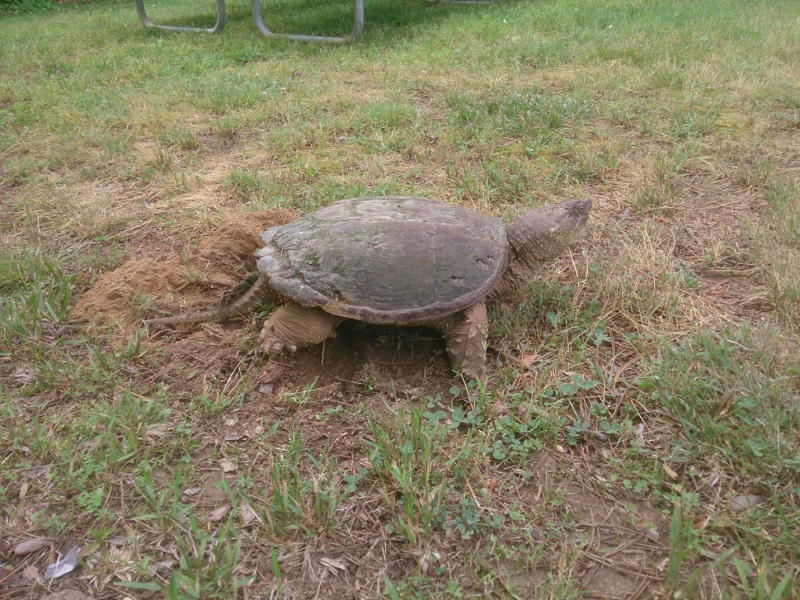