Thursday was the first day of spring…at least according to the calendar. Morning temperatures this week have hovered around 18 degrees, and surface water temperatures at Miami Whitewater Forest Lake are struggling to reach 40 degrees.

Panfish Cup at Miami Whitewater Forest
I always teach that cold weather is harder on fishermen than it is on the fish. Frank Yates and his grandson DJ Huegel proved that on Saturday, March 22, when they won our first Panfish Cup tournament of the year with 19.35 pounds of bluegill and crappie! They caught the fish on 1/32 ounce jigs, rigged with a plastic tube and tipped with a live wax worm. They took home $112 in Great Parks’ prize certificates, a $25 Bass Pro Shops gift card and some really nice plaques. 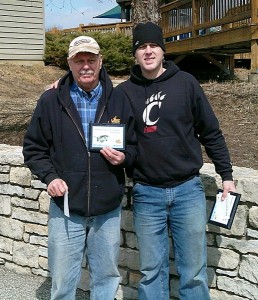 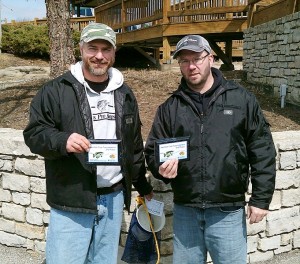 The next Panfish Cup tournament is Sunday, March 30 at Miami Whitewater Forest. Registration begins at 7 a.m., and entry fees are $40 per team. 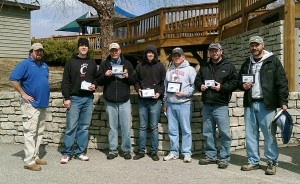 Fishing at Campbell Lakes
I’ve been receiving reports that fishing is picking up at Campbell Lakes Preserve. The four lakes are a series of old gravel pits located on Campbell Rd in Harrison. Anglers are catching crappie on live minnows. Jacob Jones even caught a four-pound largemouth there on March 20!