Don’t forget this Saturday, October 26, is the final Panfish Cup tournament of 2014.

The eight-event tournament began March 16, with prizes awarded to the top three teams at every event. At Saturday’s finale, the team who has weighed in the most fish throughout the entire tournament will win the coveted Panfish Cup trophy. The year’s standing can be seen here.

The Panfish Cup tournament is open to everyone, regardless of participation in past tournament events. Anglers have from 8 a.m. to 1 p.m. to weigh in as many bluegill and crappie as they can. The entry fee is $40 per team, which includes boat rental. Sign up begins an hour before the tournament at 7 a.m. at the Miami Whitewater Forest boathouse. 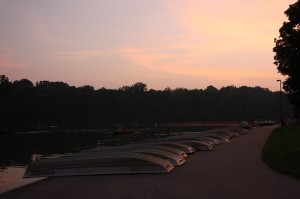