The Great Parks’ Bass Series wrapped up this past Saturday at Winton Woods with the Bass Series Championship tournament. A total of 22 anglers qualified for the event. Fishing from 8 a.m. to 2 p.m., they competed for the title of champion and a $1,000 Bass Pro Shops shopping spree. 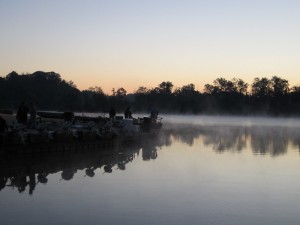 Chris Stanforth and Brian Freeman had one of those fun days catching keeper after keeper. They were the early leaders with a five-fish limit that totaled 9.44 pounds. Three other teams also brought limits to the scales, including Brent Jones and Ryan Zwick with 6.88 pounds.

But on this pretty Saturday, Curtis Pendergrass was not to be denied. He weighed in a very impressive limit tipping the scales at 9.98 pounds and won the championship. He caught all of his fish on a small plastic crawfish lure, dragging it very slowly through laydown trees. He explained that it was new bait by Berkley and that a dark green-pumpkin color worked best. 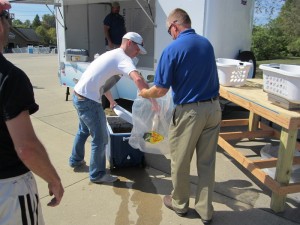 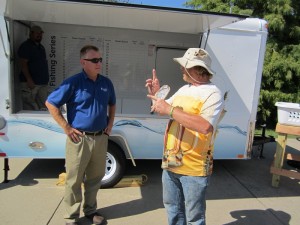 This event concluded the Bass Series tournaments for 2013. However, there are still several events remaining at Miami Whitewater Forest Lake this fall. The Panfish Cup tournaments will be held on October 19 and 26. These are two-person team events where anglers fish for crappie and bluegill and the greatest weight wins each event. Entry fees are $40 per team, which includes the boat rental. The Turkey Day Open on November 16 is also a fun tournament. This has proven to be a great time of the year to catch giant blue cats, but any and all fish can be brought to the scales. The entry fee for this event is $40. The winning team will receive prize certificates and two plump turkeys just in time for the holiday! 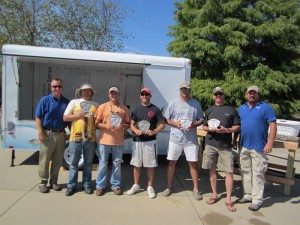