Bass Series at Miami Whitewater Forest
We had a sellout crowd at Sharon Woods lake for the Bass Series tournament on June 29. A father-and-son combo, Steve and Matt Wheeler, won the event with a five fish limit weighing over 14 pounds! That is the most weight of any bass tournament this year! 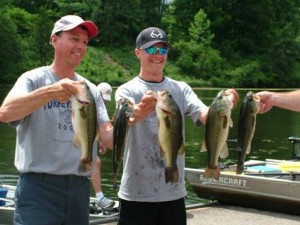 Craig Stephany and Jamie Rains finished in second place with 8.94 pounds, and Chris Stanforth and Brain Freeman finished in third place with 7.90 pounds. The big bass of the tournament was a 4.06 pounder caught by Gary Manning. Congratulations anglers! 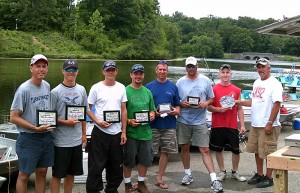 The next Bass Series tournament will be held at Miami Whitewater Forest on June 14 starting at 7 a.m. Registration will begin an hour before the start of the tournament at 6 a.m.

Chris Macarthy Memorial Fishing Derby
The Chris Macarthy Memorial Fishing Derby was a huge success at Mitchell Memorial Forest. The pond was stocked with 500 pounds of catfish. Kids of all ages had a blast catching fish all day long. Youngsters ages 12 and under who caught one of 50 tagged fish won a trophy, and each child who caught any fish received a special certificate to commemorate their accomplishment. 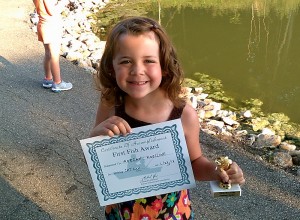