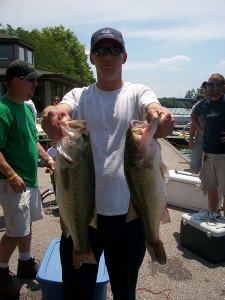 Jody Andrezewski, from Loveland, finished in second place by himself! He caught three fish weighing 7.20 pounds. Jody also had the big bass of the tournament with a 4.55 pound lunker. 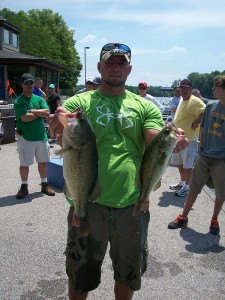 Brent Jones and Ryan Zwick caught the only limit of the tournament with 6.08 pounds of fish. Congratulations anglers! 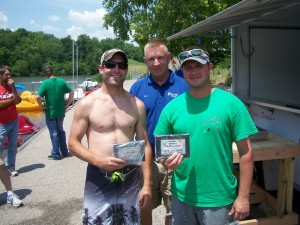 The next Bass Series tournament will be held at Sharon Woods on June 29 starting at 5 a.m. Registration begins an hour before tournament.

Adult/Child Tournament
Don’t miss out on these fun and exciting team tournaments at Sharon Woods Lake. The cost to enter is $20 per team and includes boat rental. Any species of fish can be weighed-in with no limits except bass. To compete, one member of your team must be under 16 years of age. The tournament is on June 22 from 9 a.m. to noon, and registration begins an hour before start.

The pond will be stocked with 250 pounds of channel catfish for the event. Children 12 and under who catch one of 50 tagged fish will win a trophy, and every child who catches a fish will receive a special certificate to commemorate their accomplishment.

Catfish caught during the event hours may be taken home. All other fish must be caught and released. Participants must bring their own equipment. Live bait will be available for purchase at the event. Fish will be stocked in the pond the evening prior to the event. The derby is free of charge and advance reservations are not necessary to participate.