It’s spring and wildflowers are returning. Here are three wildflowers – and the stories behind their interesting names – that bloom in Great Parks at this time of year. While enjoying 78 miles of trails, keep a lookout for these spring beauties, when you spot them, send your photos to us via email.

One of the greatest things I enjoy about spring is its wildflowers. I was first immersed into the wonderful world of beauty many years ago when I first work as a naturalist at a small nature preserve. From then on, I was hurled into the fascinating world of wildflowers. 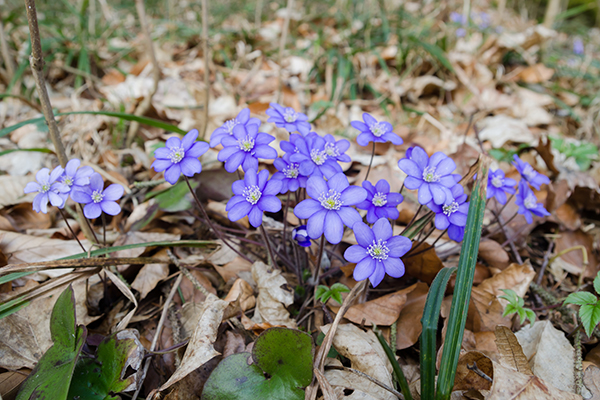 Many wildflowers have curious names and even more curious stories and legends behind them. One flower named hepatica (Hepatica nobilis) has one of those interesting stories. The old name for hepatica is liverwort. Liver describes the shape of the leaf, while wort is an Old English word for “plant.” In 1675, a Swiss physician came up with an idea called the “Doctrine of Signatures.” This doctrine states that any part of a plant that resembles a part of the human body can be used as a cure for its corresponding body part. So, hepatica, or liverwort, was often thought to be used for treating liver ailments. By applying the “Doctrine of Signatures,” imagine how plants with names like bloodroot and liverleaf may have been used many years ago. 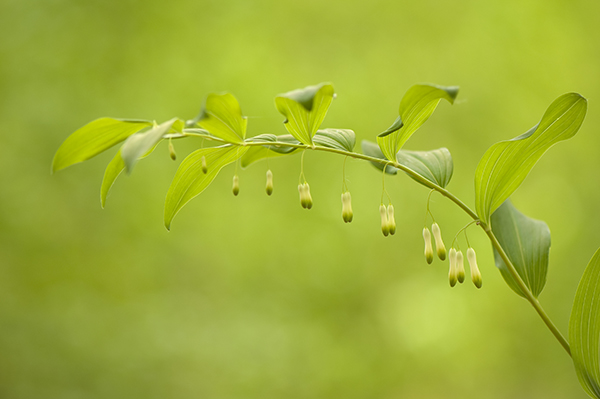 Another spring bloomer with an interesting name is Solomon’s seal (Polygonatum odoratum). This flower gets its name from the scars found on the roots, which was thought to resemble the seal of approval placed by King Solomon. Since King Solomon was known for his wisdom, people believed he knew much about medicinal herbs, and his seal was used to mark the plant’s value. This plant was also used by some Native Americas in a variety of ways, one of which was to crush the leaves for a tea used as a contraceptive. 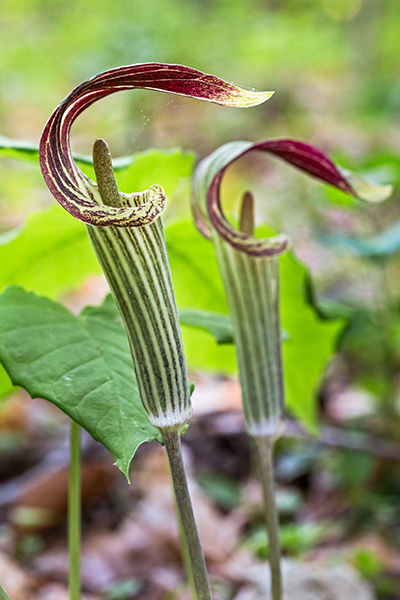 A third spring wildflower with a curious name is Jack-in-the-pulpit (Arisaema triphyllum). Its appearance resembles Jack, a preacher, standing in a pulpit. It looks different than most wildflowers, since the small flowers are hidden under the hood that covers the flower. The root of the plant contains calcium oxalate crystals, which if eaten become imbedded in the mouth and cause burning and swelling. Many pioneer school boys played tricks on each other by getting an unsuspecting classmate to take a bite of the root. The results were hilarious for the prankster but unpleasant for the victim. The effects of Jack-in-the-pulpit were so strong that the Hopi people used it to cause sterility. Another name for this plant is Indian turnip, because members of the Potawatomi tribe would slice the root and cook it for three days and nights to remove he calcium oxalate crystals before eating.

Many things we find in nature have an interesting fact or legend behind it. The next time you take a hike this spring, imagine the many stories that you might find emerging from the forest floor.

Want more nature education fun that you can do at home? Click here for all of our backyard challenges.