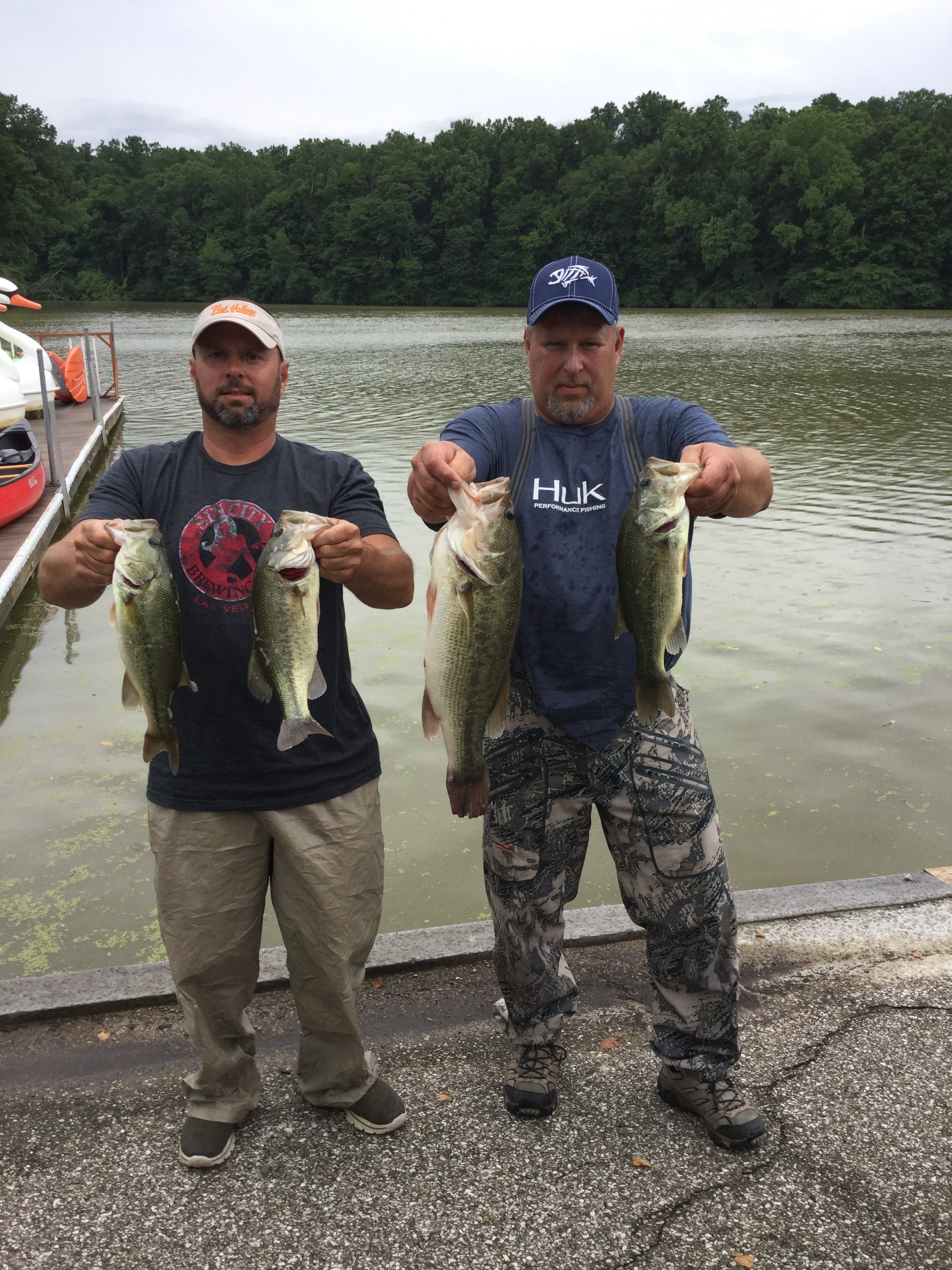 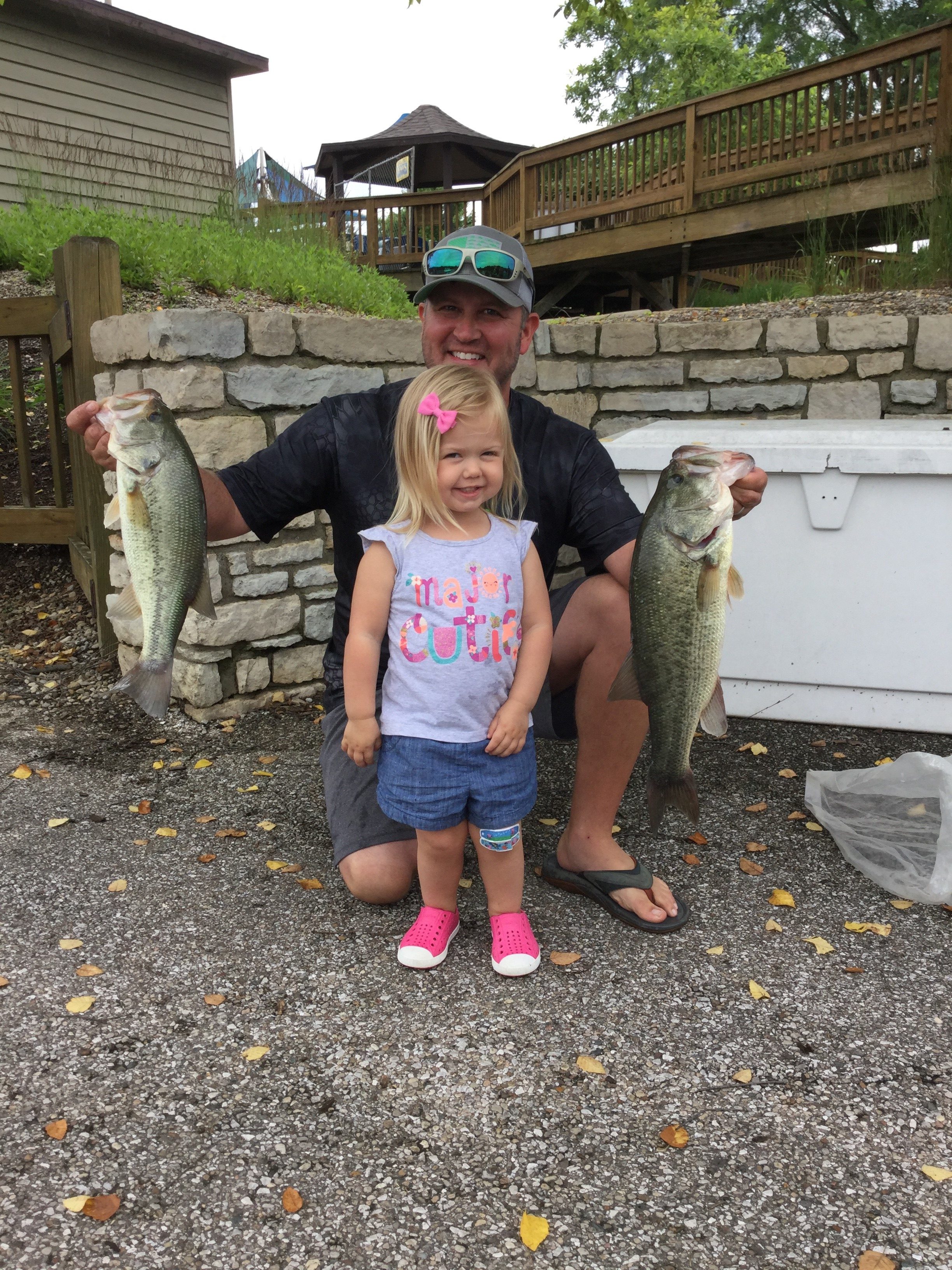 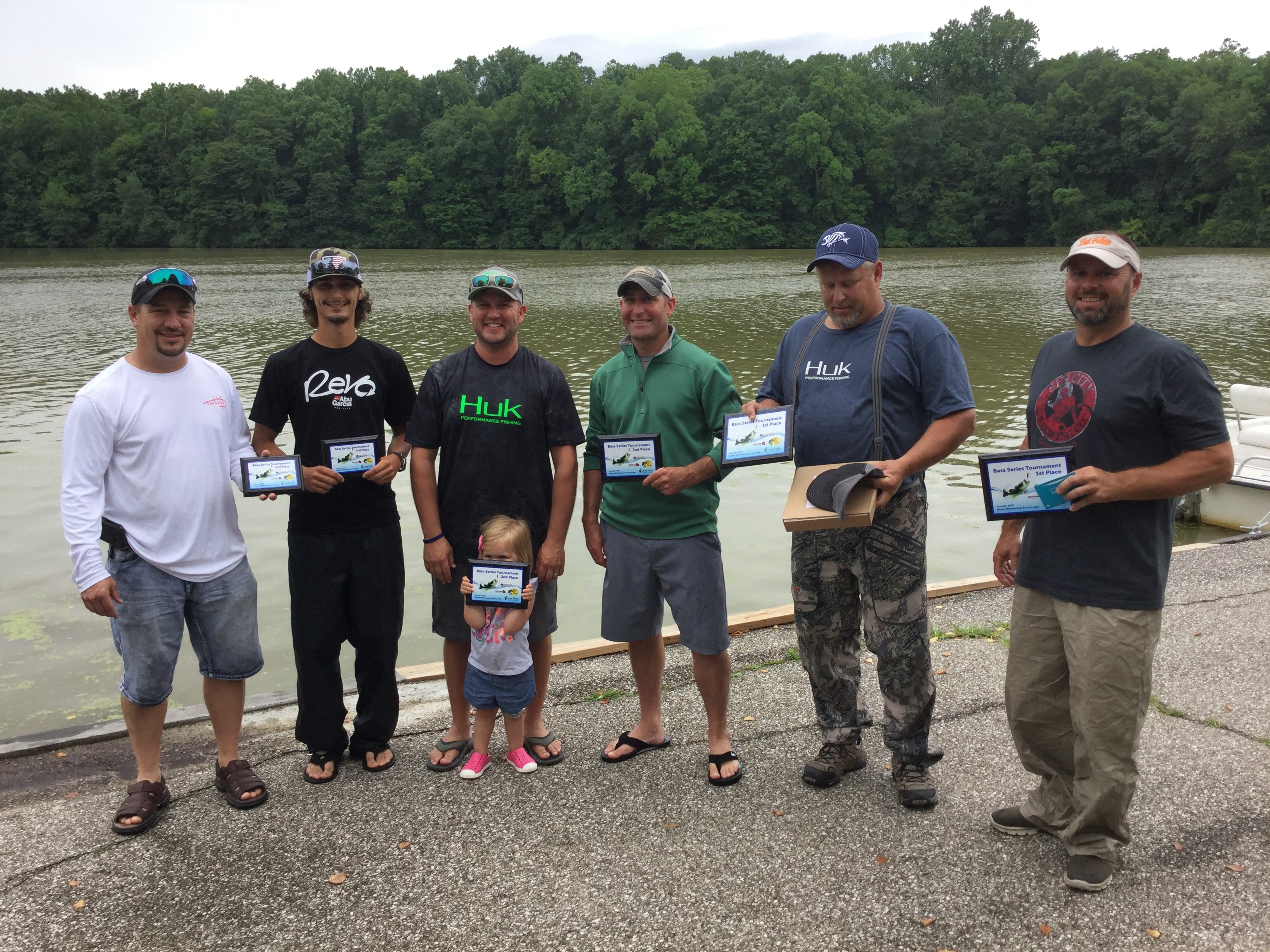 Heavy rainfall last week flooded much of the Ohio Valley lakes and rivers. Miami Whitewater Forest Lake typically does not get muddy, but it reached a tipping point on Thursday. The lake was 15 inches over normal pool and very stained. Most anglers agreed that it was fishable, but it proved to be a tough day for the 25 teams competing in the Great Parks Bass Series on June 22.

Brent Jones and Ryan Zwick of Okeana, Ohio had won the first two events of the year and were trying to go three-for-three. They had three keepers early, throwing a plastic frog, but that bite fizzled and they never managed another keeper. Their three fish weighed 7.54 lbs., which secured them a second place finish. They won plaques and $402.50 in Great Parks gift cards.

Craig Stephany and Alex Willwerth weighed in 4.79 lbs. and finished third. They won plaques and $241.50 in Great Parks gift cards.

Twelve other teams managed to bring a keeper to the scales, but in the end, nobody could compete with Mark and Mike Toht. The Toht brothers caught the only five fish limit of the day, and anchored it with a beautiful bass weighing 5.72 lbs., for a total weight of 12.25 lbs! They won plaques, prizes from Weida’s Marine, prizes from Hamilton Bait & Tackle and $563.50 in Great Parks gift cards.

The fourth tournament of the 2019 Bass Series will be at Winton Woods Lake on July 14. It will begin at 7 a.m. and concludes at 1 p.m. Entry fees are $70 per team and includes the boat rental.

I hope to see you there!