When I was taught about how plants create their own energy as a child, I thought it was cool they didn’t have to hunt or grow their own food — but mostly it was a bit boring. The plants don’t move (or so I thought), and the diagrams of the plant with the sun in the corner and all the arrows pointing to oxygen and such was something I had to learn for a test, but it didn’t really get me thinking about how amazing of a process this was. The same thing, albeit a much more difficult version, happened in college. Having to learn the steps of the light and dark reactions of photosynthesis was an absolute nightmare, but at least these lessons taught me how astoundingly complicated photosynthesis is (which, if you want to befuddle yourself, I highly recommended researching). Now, you may be wondering, with such a whimsical title, why am I going on about my struggles with basic science?

The reason is it took a second go at botany to have a teacher that showed a big pair of green lips moving up and down to the class. No, he wasn’t a quirky professor with an affinity towards green lipstick. He had a way of teaching that delved deeper than the textbook and must have known even the most distracted of students like to watch stuff move. Thus, the lips in question were on the leaf of a plant. These pores, called stomata, enable the plant to suck in carbon dioxide and release oxygen. Why on earth did nobody teach me about stomata until college? Watching the actual process of the guard cells opening and closing the holes was much more interesting and enlightening than static pictures of leaves and arrows.

This leads to the title of this blog. Sadly, as of right now, even though the stomata looks like a bunch of lips moving up and down, there haven’t been any attempts (to the best of my knowledge) to have them move in such a way and force enough airflow to create whistling leaves. If I’m wrong on this statement please correct me — this would be an amazing thing to get wrong! This display of stomata did happen to get a certain student thinking about whistling leaves, however, which is an example of how revealing a process that is otherwise hidden in nature is so important. 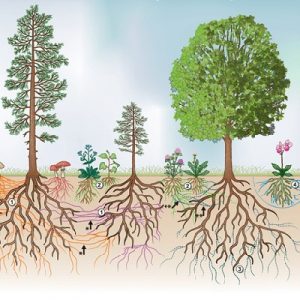 Plants are using fungus to communicate with each other, hawks are possibly seeing the ultraviolet light reflected off their prey’s urine 200 feet in the air and baby mussels are entering the gills of fish. Nature’s workings are all around us and, sadly, we can’t visualize everything that’s happening — and to be honest, it might be overwhelming if we could. But that’s why I find we need to appreciate when we can reveal a secret of nature. If you come to our Maple Sugar Days at Farbach-Werner you can see the sap leaving the tree, which will be boiled into syrup. Most of the time that sap is moving up the tree and into the leaves, but 99 percent of the year we never get to see that process happening.

If our kids can taste that syrup, see those green lips moving, and, yes, even look at urine glowing under ultraviolet light, I believe that will generate an understanding of nature’s cycles and processes much better than arrows and lines. Hopefully, that will help us as a society conserve the creatures involved for future generations to appreciate.