How to Go Paperless 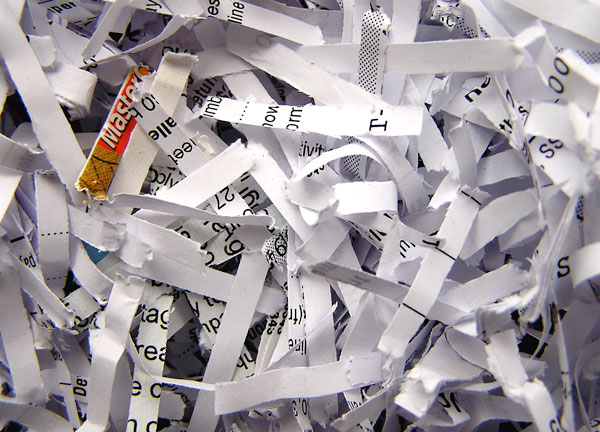 In spite of technological innovation, today’s offices are more similar than they are different to the offices of 50 years ago. Sure, we have smaller, sleeker monitors and devices, capable of exponentially more processing power than even ten years ago. But there’s one thing that has remained constant in the office setting, and that is paper — reams and reams of paper. Nothing raises the pulse and quickens the breath quite like a big box of printer paper — reams of clean, white office paper —especially when you’ve run out.

At Great Parks, we bear a greater responsibility than most to minimize our paper use because of our mission of conservation and the fact that paper is made largely from trees. It has been a personal quest of mine to minimize my own paper consumption at work, and while I am unable to declare myself “paperless” I have made inroads toward that goal.

One such paper-saving tactic I have employed is going digital. Creating reusable digital forms for inspections has helped me eliminate hundreds, if not thousands, of sheets of paper a year that would otherwise be printed and then stored in a filing cabinet. Benefits include not only reducing the valuable resources that paper is made from and consumes in the production process, but also eliminating office clutter. Having forms backed up in the cloud or on the network enables multiple users to access and edit the forms as well as a redundancy to ensure valuable documents are not lost in the field or fall victim to spilled coffee!

I mention the resources consumed in manufacturing paper, so I’ll touch on that briefly with a few facts. Half of all waste in business is paper waste. According to the website theworldcounts.com, 93 percent of paper comes from trees. It takes about five liters of water to produce one sheet of A4 paper. Recycling one ton of paper saves around 682.5 gallons of oil, 26,500 liters of water and 17 trees. And let’s not forget that a single tree, on average, continually produces enough oxygen for three people to breathe.

Something else to consider is the chemical bleaching process used in most papers. According to conservatree.org, “…when chlorine bonds chemically with carbon-based compounds (such as lignins), it produces dioxins and toxic pollutants. When released into water, they do not break down. Dioxin, even when released in minuscule amounts, bioaccumulates as it moves up the food chain, reaching its highest concentration in humans, where it is increasingly linked to cancers as well as endocrine, reproductive, nervous and immune system damage.” In 1985, the U.S. Environmental Protection Agency (EPA) labeled dioxin “the most potent carcinogen ever tested in laboratory animals.”

With these facts at the forefront of my mind, I’ll share a few other simple things I have begun to do to minimize my impact:

Another thing I do before I print is to double check my formatting. Before you print out multiple pages in an unreadable format (Excel spreadsheets, I’m looking at you), verify in your print settings that you’re getting what you want.

Keeping scratch paper around for scribbling a note or drawing a diagram is also an effective way to avoid grabbing a clean white sheet from the paper tray. Sticky notes are another temptation that I often find myself reaching for. While sometimes they are the best tool for the job, usually I end up burning through a pad of those for inconsequential notes that I end up copying into another digital format anyway.

The best solution I have for a sticky note substitution is a note app on my phone. You have to reach for a pen and pad of paper anyway, so just reach for that phone. Chances are, it’s already in your hand! Most phones have a notepad-type app included in the basic software. You’ll find that you can easily text or email these if you need to share.