On a cool, brisk morning in November, three busloads of second graders pull up in front of Sharon Centre ready to begin their day. As they unload, the teachers rush to count heads and split them into groups. I take the opportunity to observe the group in preparation for the program ahead.

“Um . . . . why does that sign say Santaland?” I hear one of the children quietly ask her friend.

The response comes without pause, “Because Santa comes here, but we just drive through the lights in our PJs!”

I take my opportunity to join the conversation, and as I’m enjoying watching the kids share the stories of the season, another child interjects, with a very serious expression, “Reindeer can’t stay in Ohio. We don’t have the habitat.” The educator in me loves this, and the statement stays with me throughout the morning. 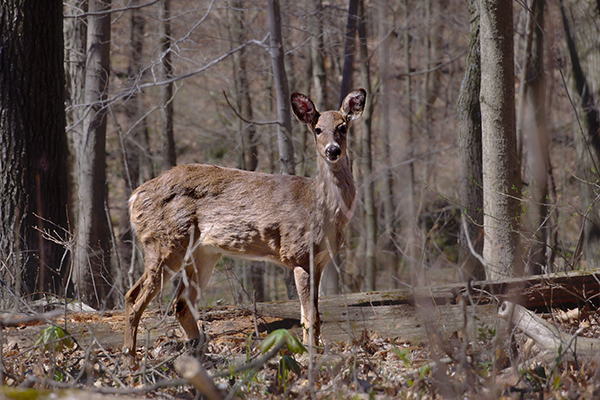 Later, as we examine a woolly mammoth femur, we start discussing what the habitat was like during the Pleistocene, when Cincinnati was covered by glaciers.

“So,” I ask them, “do you think there were ever reindeer living in Ohio?”

In short, the answer is yes. Reindeer fossils have been found in Ohio from the time of the last glaciation. As the weather warmed and the glaciers receded to the north, so did the reindeer. These are animals built for the cold, and they simply couldn’t survive in the warmer climate. As the buses pull out, I find myself wondering about the origins of this story and wanting to know more about these fascinating creatures.

When what to my wondering eyes should appear…
It appears the first mention of Santa and his team of tiny reindeer can be found in a classic poem by Clement C. Moore from 1823. While scientists continue to debate just how many subspecies of reindeer there actually are, only one subspecies jumped out as a possible candidate to pull Santa’s sleigh. 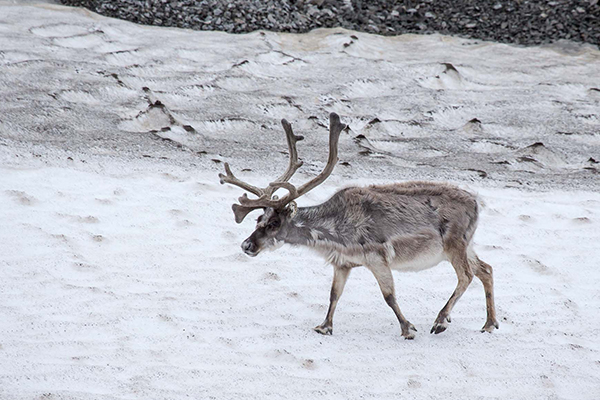 While many reindeer can grow to more than 250 pounds, one subspecies, found only in the Svalbard Islands of Norway, is significantly smaller. With adult females often reaching only 120 pounds, it is possible they could be described as tiny. The Svalbard reindeer are believed to be the northernmost herbivores on the planet, which would make them well adapted to living in the harsh environment at the North Pole.

Another clue to the identity of Santa’s team can be found in the depictions of them in full antler. Unlike most deer species, both male and female reindeer grow antlers each year. Mature males usually lose their antlers after the mating season, while females tend to hold them through the winter. It is thought this allows them to defend their winter food, leading to the delivery of healthier calves the following spring. Since Santa’s team is always shown with their antlers late into winter, there is much speculation that they are actually female. However, neutered males may also hold their antlers and have been heavily relied upon for transportation for centuries, as they are stronger and less likely to tire than pregnant females. 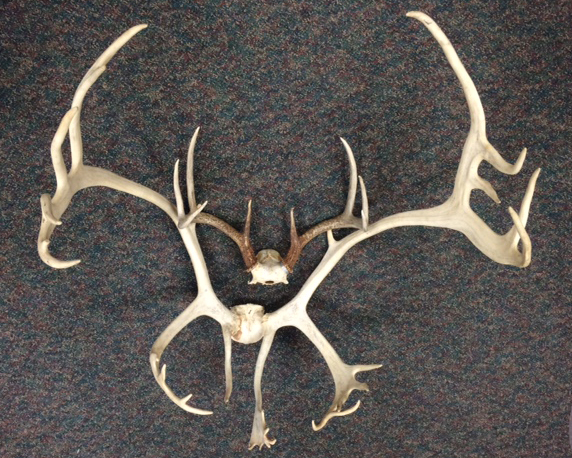 Larger antlers of a caribou, a North American reindeer subspecies, compared to those of a white-tailed deer.

And if you ever saw it, you would even say it glows . . .
It was more than 100 years later that the world was introduced to Rudolph, the remarkable reindeer with the bright red nose. It turns out there may be a bit of science behind this tale. While bioluminescence is not an adaption possessed by reindeer, they can often be found with a bright red nose. The air in these climates is often painfully cold and extra blood vessels near the surface of the nose help to warm the air as it enters the sinuses, preventing cold shock as it passes near the brain and into the lungs. In addition, they allow heat to escape the body if the animal is overheating due to temperature or activity. Since Rudolph can’t sweat during the marathon flight around the globe, it makes sense that his nose would appear red in an attempt to cool his body. 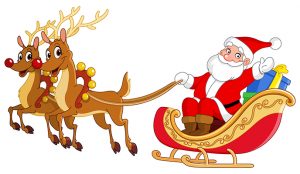 As for flying…
Having witnessed the effortless leap of our local white-tailed deer over an eight-foot fence, I don’t find it too outlandish to dream of flying reindeer. Here at Sharon Woods, we have plenty of open space and I don’t think the reindeer would have a bit of trouble finding a landing zone. We have plenty of plants for them to munch and places to tuck themselves out of sight while waiting for Santa to end his night. So, tonight while I’m leaving the park as the sun is setting, I’ll be on the lookout for these elusive animals that make the season just a touch more magical.