Keeping up with the Jones’

The fourth Great Parks’ Bass Series tournament of 2017, presented by Bass Pro Shops, was held at Winton Woods Lake on Sunday, July 9. The father and son team of Mike and Brent Jones set the bar, and 30 other teams tried to keep up, but in the end no one could not catch them! The Jones’ brought five beautiful bass to the scales that weighed a total of 15.06 pounds and won by nearly 3 pounds. They were awarded plaques and $759.50 in Great Parks’ gift cards. 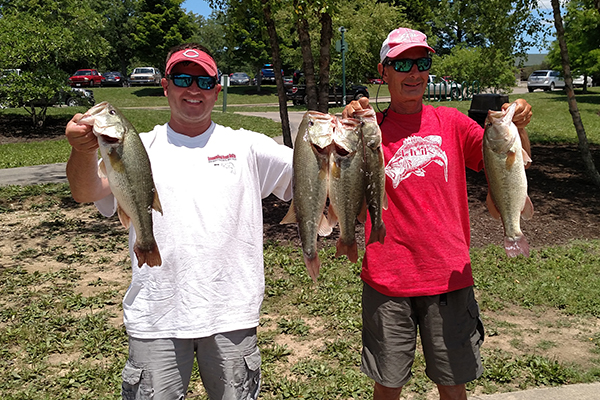 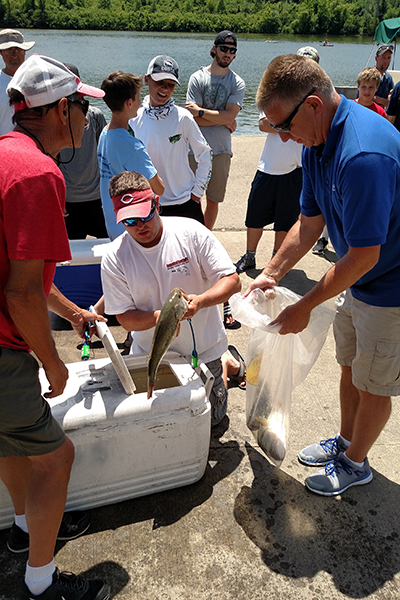 Being a successful angler requires skill, experience, patience and versatility. Brent is recognized as an outstanding crankbait fisherman. Experienced anglers knew that the full moon on Saturday would key a strong crawfish pattern. However, Mother Nature pitched a curve ball with severe weather on Friday evening, followed by post-frontal blue bird skies on Sunday. Brent showed his versatility by setting down the fast-moving crankbait and making an adjustment to a slower presentation with a plastic creature bait that would still imitate the crawfish that the bass were chasing. He explained that a couple quick bites assured him that he was on the right pattern and that resulted in a very fun day! 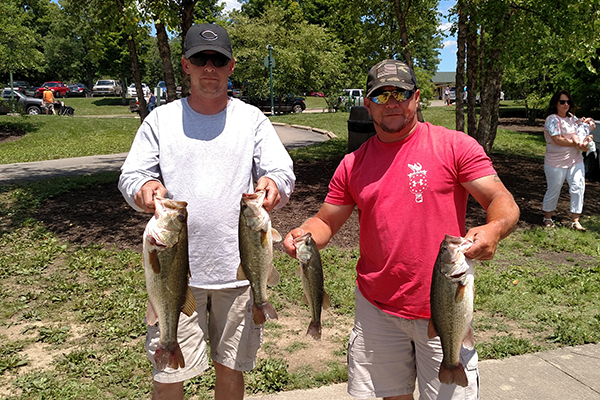 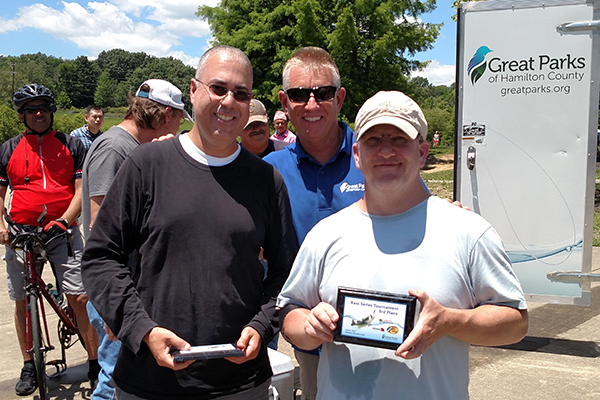 Twenty-three teams successfully brought fish to the weigh-in. A total of 170.82 pounds of bass were weighed in, including three fish in the 4-pound class. The next Bass Series tournament will be at Miami Whitewater Forest on August 12. The entry fee is $70 per two person team, which includes boat rental.