Tom Jones once sang, “Love is in the air everywhere I look around. Love is in the air every sight and every sound.” I’m convinced he was thinking of springtime and all the animals. Everywhere you look in nature, from the smallest of insects to the largest of mammals, there are babies. We’ve all been there when one of those seemingly helpless baby animal crosses our tracks. Poor little guy, what do we do? Here are a few suggestions for some of the nature babies commonly found in our backyards.

Rabbits
Rabbits nest in shallow holes or dead grass and the young, called kits, make their appearance in our yards around three to four weeks old. As this point, they are roughly the size of a baseball, ears are up and are independent. They’re still tiny, but there is no cause for concern. However, if you find one smaller than a baseball or with its eyes closed, look for the nearby nest, and place the kit back in the nest. The mother rabbit is usually absent during the day, but she will return around dusk. Nothing to worry about! 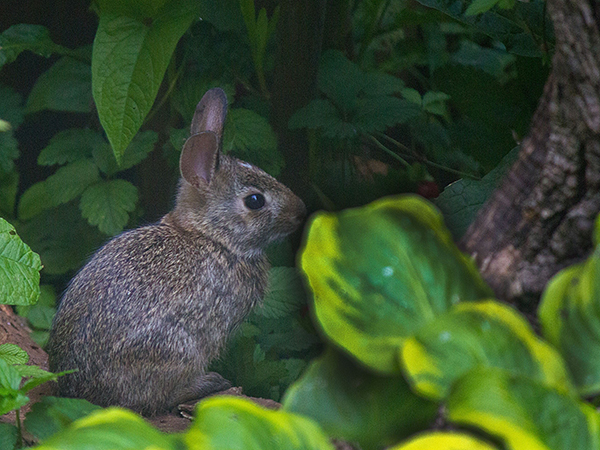 Fawns
Fawns are another commonly found animal in our backyard, especially if your yard ends in a wooded area. We find them curled up, lying motionless in the grass, even in the open. Again, there is no cause for concern, as this is an effective defense. The doe is nearby, but at a safe distance to keep predators away from the fawn. It is very important that you do not touch the fawn, as they have no scent when they are born to attract predators. But touching them gives them a scent, and they become vulnerable to predators. Enjoy them from a distance as you await the mother’s return.

Birds
By far the most often spotted nature babies in our backyards are baby birds. Rarely is this a worrisome situation. Many birds fledge before they are able to fly, but the mother is still nearby to feed them. Fledglings are fully feathered with short tails and wings and are mobile. There is no need to do anything to help them. If the bird is not fully feathered and hopping around, you can place the bird back in the nest. Birds have no sense of smell, and it is a myth that the mother will not care for it once handled by a human. Their instincts to care for their young are strong! If there is not a nest, you can create one by making small holes in a plastic container, line it with grass and secure it in the closest tree. The mother will return and hear her baby chirping away. 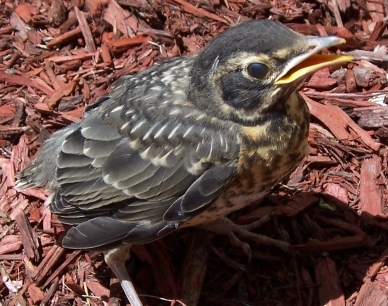 As a general rule of thumb, the best thing to do is let nature be. Situations may look bad, but typically everything is as it should be. After all, mother knows best!