Early settlers were toiling in the fields, cooled by the morning dew that burned away under the sun. Smoke was rising from the chimney as venison was being cooked for lunch. Children were playing Graces in the front yard while others picked pawpaws, patiently waiting for the first frost when the persimmons would be ready. It was a time when wolves, bison, and elk still roamed the thick forests of the Northwest Territory. This was the past, yet it is still present to this day at Shawnee Lookout.

Set next to the forest and meadow, the scene in which the cabin and schoolhouse at Shawnee Lookout are set is one taken right out of the 18th century. The cabin was built in 1795 by Micajah Dunn and was originally located in Elizabethtown, Ohio. With three stories and a second-floor fireplace, the cabin was quite luxurious in its time. It was moved to Shawnee Lookout for preservation in 1971. 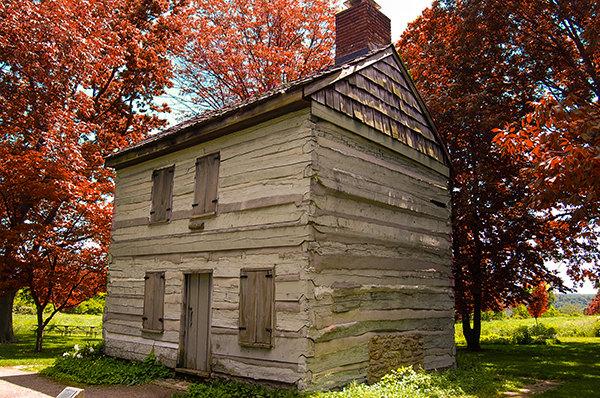 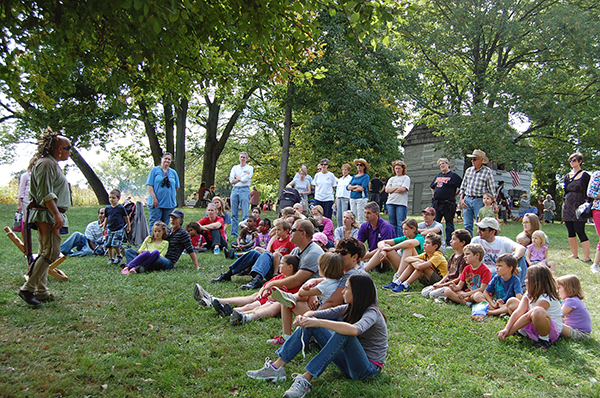 Visitors to Shawnee Lookout’s annual Weekend in 1800s listen to a re-enactor in front of the log cabin.

The schoolhouse was originally built as a springhouse near what is now the Miami Fort Power Station sometime before 1800. As more families moved into the area, a schoolhouse was needed. The settlers built one over the existing springhouse around 1800. Eventually the property was inherited by William Henry Harrison from his father-in-law John Cleves Symmes. It is quite possible that both William Henry and Benjamin Harrison walked through the door of the schoolhouse. After being nearly forgotten for 100 years as it sat under a decaying barn, the schoolhouse was moved to Shawnee Lookout for preservation in 1975. 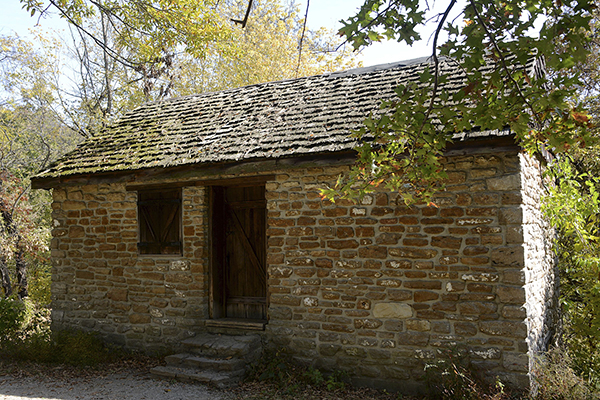 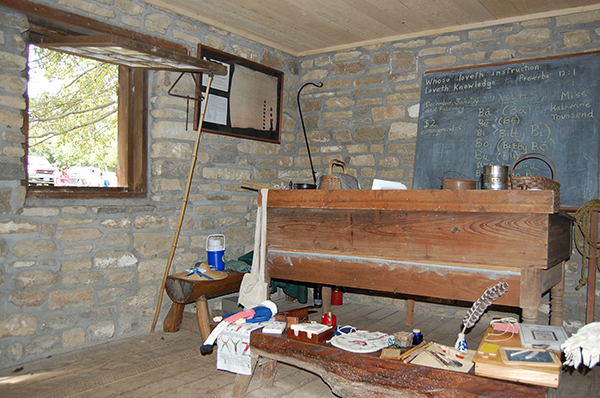 Staged interior of the springhouse school

Next time you’re out at Shawnee Lookout park, be sure to stop at this historic area and see a wonderful piece of our history preserved for future generations