The word “solstice” in Latin means “sun stands still.” December 21 is the winter solstice, which is the day with the least amount of sunlight for the year here in Cincinnati. It also marks the first day of winter. The sun rises at 7:54 a.m. and sets at 5:19 p.m. — that’s a whole three seconds less sunlight than the previous day. This is because the earth’s northern hemisphere is tilted away from the sun at its most extreme angle, about 23.5 degrees.

For thousands of years, people have observed this day and celebrated the return of sunlight after the winter solstice. There have been numerous sites built around the world that are aligned to capture the light of this day. Stonehenge in England was built in 3100 BC, and even today as the sunrises and sets on the winter solstice, the sun is framed within the monument.

Here in Ohio, there are a few earthworks built by Native Americans that mark the winter solstice. At Serpent Mound in Adams County, as the sun rises on the morning of the winter solstice, the serpent’s tail is aligned with the sun. The original purpose of both these locations is unknown, but today many people go to witness the astronomical event and celebrate. 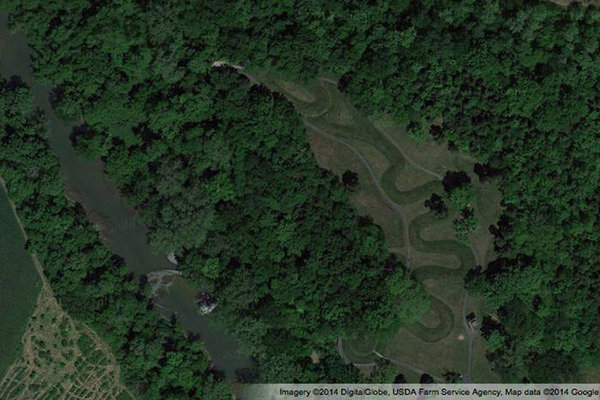 Whether you are getting ready to celebrate the returning sunlight, Christmas or have just finished celebrating Hanukkah, enjoy the shortest day of the year by going outdoors to embrace the winter season!