Spiders get a bad rap. Maybe it’s their eight eyes, long spindly legs and habit of appearing out the corner of your eye when you least expect it. Or possibly it’s an innate fear passed down from our ancestors who had to worry about spiders much more than we do. Spiders scare us so much that there seem to be more viral pictures and internet memes about how horrifying spiders are than any other animal. 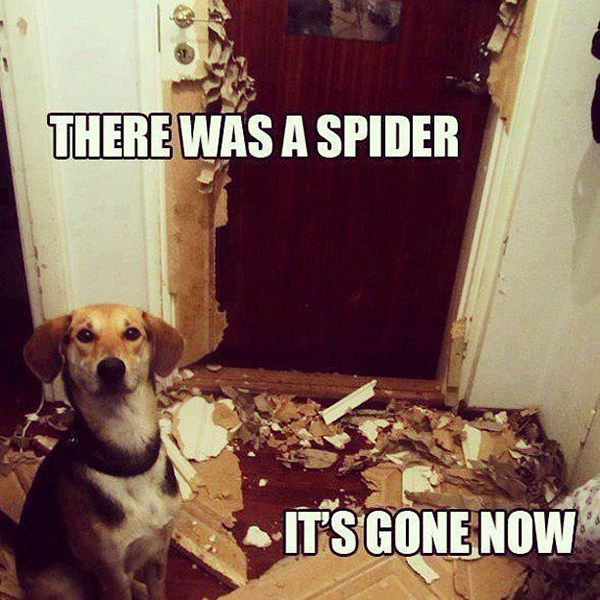 I must admit, even I get a shiver down my back if I see one run from under my bed. And to be honest, I have also flapped my hands in the air like a dancing chimpanzee when a spider has accidentally ran into me while on the trail. I must say there is hope for us fellow arachnophobes though, because once I discovered how cool Ohio’s spiders really are, I have managed to put most of my fear behind me, and even enjoy handling them on occasion! 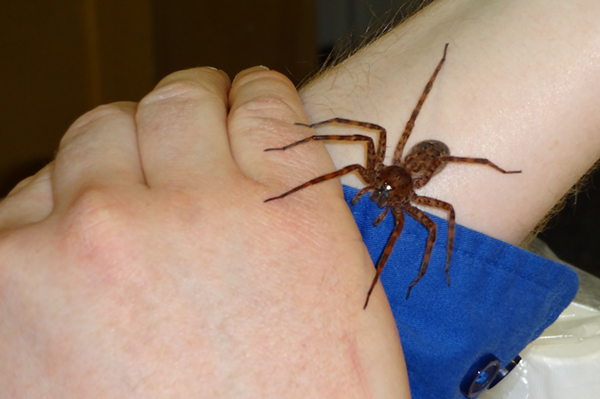 Two of Ohio’s most striking spiders are the micrathenas: the arrowshaped and spined. These two look like something out of the pages of Harry Potter. The female arrow-shaped micrathena has a yellow abdomen with two black spikes that shoot out each side, making her back look like an arrowhead. The spined micrathena is smaller, but has a massive abdomen compared to the rest of its body that is white with black stripes. Spined micrathenas are quite common, and people often wander into their webs. While intimidating, these spiders are harmless. The only animals that should be worried about these guys are small flies and mosquitoes, which are their main prey. Micrathenas are part of the orb weaver family, which comprise 3,500 species, and are known for their orb-like webs. 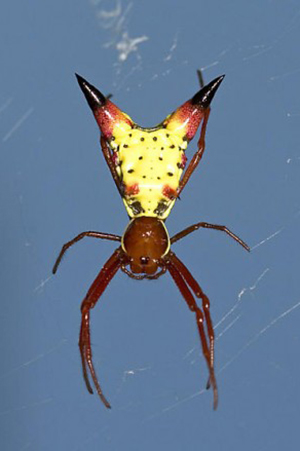 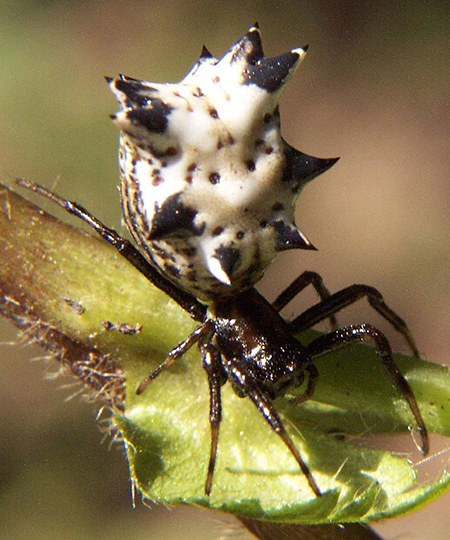 Another interesting species of orb weaver is the marbled orb weaver.  It’s one of Ohio’s most unique-looking spiders, and for most of the year the females have a bright yellow abdomen with black stripes. However, in the fall, and especially around Halloween, its abdomen turns orange reminiscent of a little pumpkin on its back. You will rarely see this spider on her web, since she has a strand of silk that extends from her web into her retreat of dead leaves. When her “signal thread” vibrates, she knows prey has been caught.

The impressive spider you see hanging out with one of our handsome naturalists below is called the nursery web spider. This is one of Ohio’s larger spiders and often gets confused with wolf spiders. The two look similar, but wolf spiders tend to have shorter legs, hairier bodies and larger eyes. The main difference between the two lies in the name. While the nursery web looks scary, she is actually a very good mother. She will keep her egg sack in her mouth until the babies are ready to hatch, and then will create a “nursery” out of her silk. 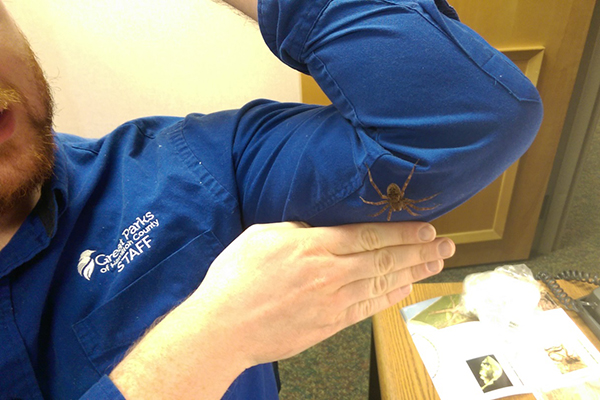 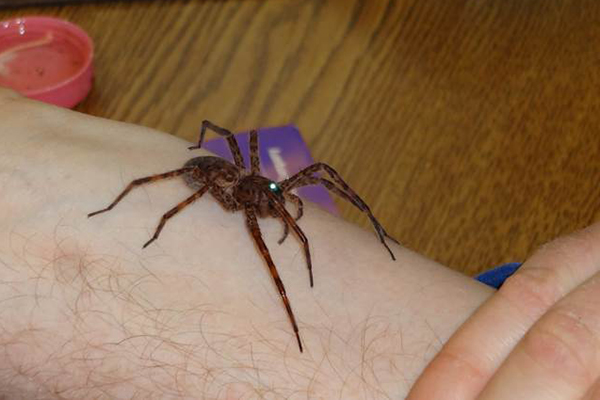 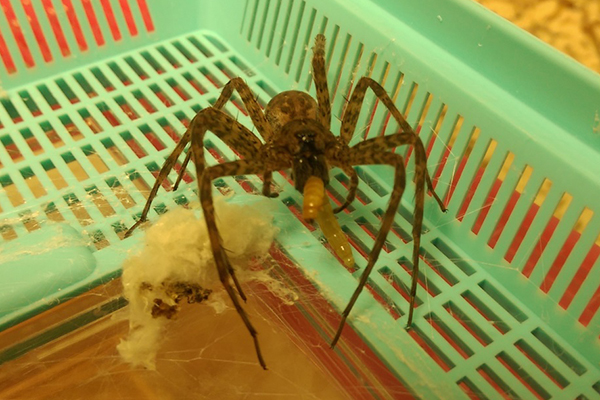 Even our more dangerous spiders have redeeming qualities. The black widow is a breathtaking mix of jet black and bright red, and the brown recluse has deserved its name, preferring to stay out of the way of humans.

The tendency to be shy isn’t just the nature of the brown recluse; most spiders try to avoid humans as much as possible. So remember when you are out in the woods and encounter a spider web, instead of freaking out (or after you’re done freaking out, if you’re anything like me), take some time to observe one of Ohio’s amazing arachnids.